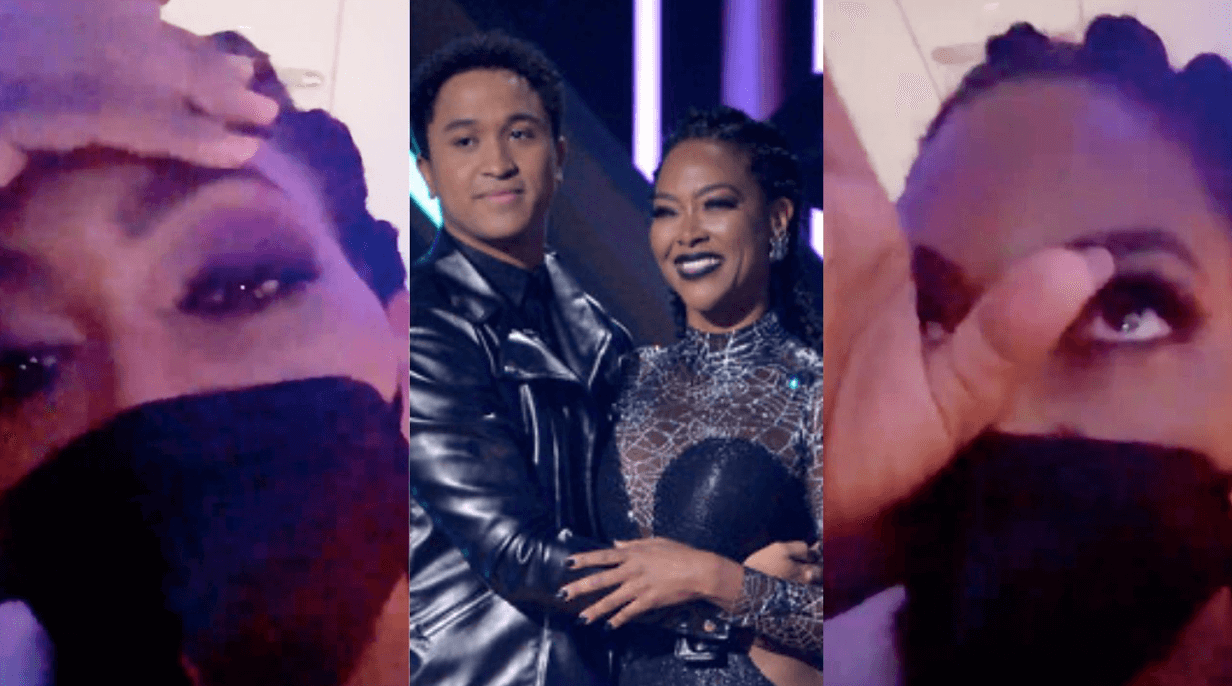 Kenya Moore was distraught after she was eliminated from from Dancing With the Stars Monday night—and her fans are calling foul.

The Real Housewives of Atlanta star took to Instagram early Tuesday to post tear filled videos of herself jetting out of Los Angeles.

“So sad right now,” Kenya captioned one of the shares.

Kenya and her partner, Brandon Armstrong, landed in the bottom for the third and last time, on Monday. The ballroom duo was sent packing after performing the Argentine tango during “Horror Night.” They scored a 32 out of 40.

“I just want to say thank you so much for this opportunity,” Kenya, 50, said after she was cut. “This has been a dream come true. I love you guys so much.”

The judges previously saved Kenya and Brandon, 27, over Christine Chiu and Pasha Pashkov during week three and chose them again the following week over Matt James and Lindsay Arnold.

“In my experience of watching the show for the last 30 seasons … I don’t know if they save people more than once,” Kenya said in post-show comments earlier this month.

”So I just figured, ‘Yeah, we’re going to go home. If we end up in the bottom again they can’t save me again,’” the Bravo star added. “So I just figured that they would send me home.”

Kenya’s fans were shocked by the elimination, and some speculated that she got the DWTS boot so she could twirl back to Atlanta in time for the start of RHOA filming season.

“Andy [Cohen] and Bravo made that happen. She had to start filming for RHOA. They stay controlling these women,” one fan wrote on Twitter. “She could have won DWTS. It definitely was fixed.”

“She was definitely one of the best on the show, but she had to start filming for #RHOA. They had already given her a warning,” another wrote. “Still, the ‘Dancing Diva’ had a great run. Time for her a*s to twirl back to Atlanta.”

“The judges are biased and scored you way too low as per their usual. Both you and Brandon were outstanding. Yet the biases this week served to protect the judges favorites. They didn’t even try to hide that fact,” a viewer posted.

“It may be rigged for sure, because this performance actually looks better than her past,” another noted.

As reported earlier this month—Kenya’s decision to sign on to Dancing With the Stars reportedly ticked off Bravo—who allegedly pushed her to choose between RHOA and the ballroom dance show, per a TMZ report.

A “Housewives” production source told the outlet that Kenya went to RHOA production company, True Entertainment, with the DWTS offer, and there was no conflict. Things reportedly shifted after news broke that Kenya was appearing on Season 30 of the popular ballroom competition show. The network allegedly presented Kenya with an ultimatum—and demanded that she pick RHOA or DWTS.

Bravo reportedly caved amid a standoff, but shut down the notion that they would be featuring her ballroom journey during Season 14.

Production for The Real Housewives of Atlanta Season 14 is expected to kick off soon.