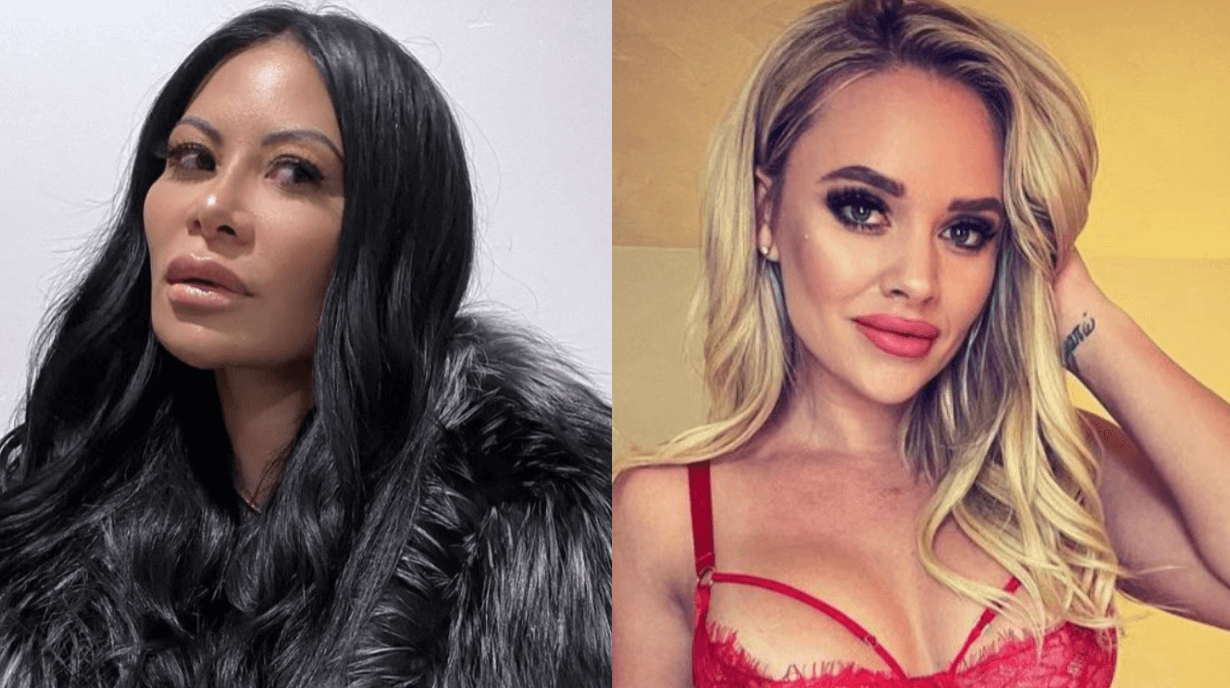 Shah, 38, and her crew were whisked to a VIP section when they arrived at the club for a hosting commitment. The group enjoyed Don Julio and Veuve Clicquot champagne before Monroe got handsy with Shah after joining the Bravo star in the VIP section. The adult film actress invited Shah onstage for a raunchy lap dance, and customers cheered and tossed cash at the duo throughout the show. Shah later spun around a  stripper pole, showing off her cleavage in a low-cut black dress and swinging a high ponytail. Shah and her friends were seen leaving the strip joint just after 3 am.

“Shah was eager to host an event with us the moment we approached her team,” a representative for the venue wrote in a press statement.

The Utah “Housewife” also received a “large sum [of money] in exchange for her appearance, most likely enough to put a dent in her legal bills.”

Fans know that the reality star was arrested and charged with one count of conspiracy to commit wire fraud and one count of conspiracy to commit money laundering in connection with a telemarketing operation. The reality star was arrested in March and pleaded not guilty in April. Shah is one of six suspects, one of which is her assistant, Stuart Smith. They are set to stand trial in March 2022.

Shah asked the court to dismiss all charges and to suppress her post-arrest statements and information connected to evidence seized in warrants, in August. All motions were denied in court.

Bravo released preview footage captured on the day of Shah’s arrest, ahead of Season 2.

Shah is seen receiving a phone call during a girls’ trip, which prompts the reality star to cut and run. The cast eventually learns that Shah is wanted by the feds for her alleged connection to a money-laundering operation.

Shah tells Heather Gay that she has “some bad news,” before helicopters begin buzzing overhead, causing the Bravo stars to wonder what exactly is about to unfold.

An officer reveals that he has a search warrant for the Bravo star, as Whitney Rose pulls up a scandalous article about her castmate.