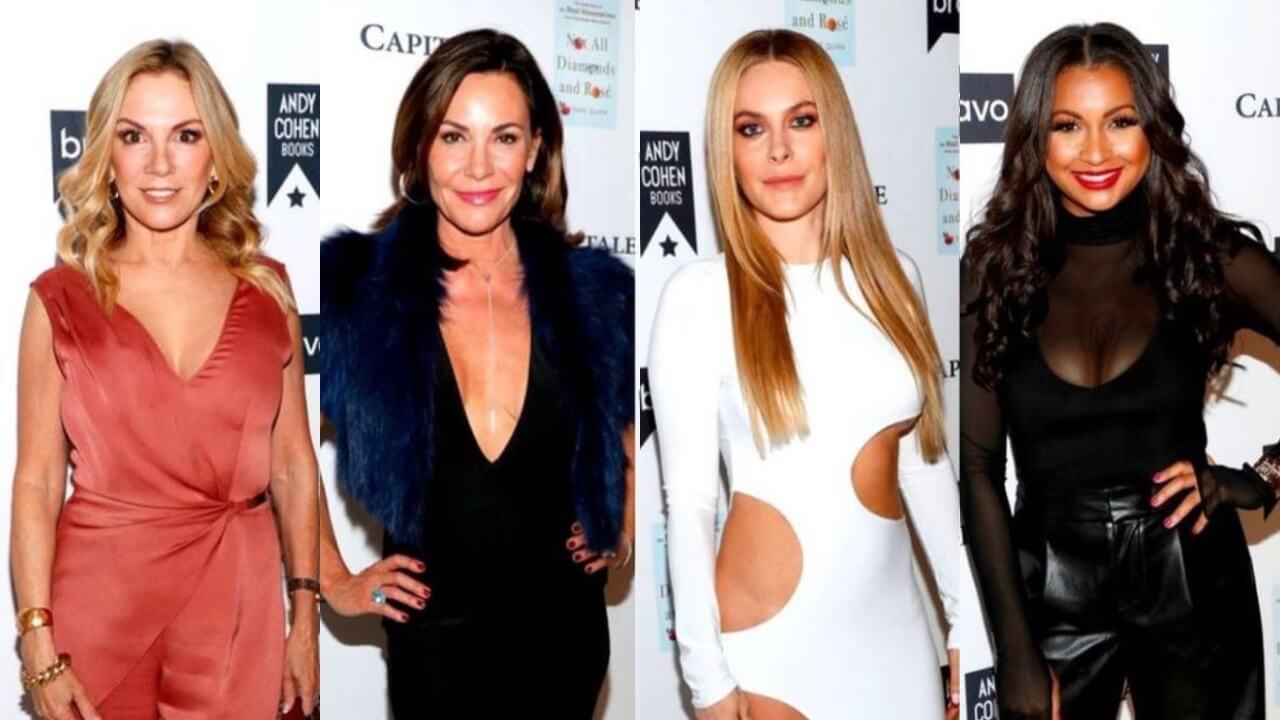 Real Housewives of New York stars, Luann de Lesseps, Ramona Singer, and Leah McSweeney have been at odds with Eboni K. Williams, after a disastrous Season 13 left the Bravo show hanging by a thread. The trio made a pact to head for the door upon Eboni’s arrival at Tuesday’s “Not All Diamonds and Rosé: The Inside Story of The Real Housewives from the People Who Lived It” book party, according to a Page Six report.

“Luann, Leah, and Ramona had a pact [that] as soon as Eboni showed up, they would leave,” the outlet’s source said about the event celebrating Dave Quinn’s book. “When Eboni entered from the right, they all were on the left and exited.”

“They fled as soon as she walked in,” the tipster added.

The cast reportedly blames Eboni for the show’s ratings nosedive, as do many viewers. The Bravo rookie was apparently unfazed by her cast mates’ unified walk-out.

“Eboni was amazing,” the party snitch dished. “She finally met Dorinda [Medley] in real life and danced the night away.”

“The infighting in ‘New York’ is still happening,” the insider added. “They just hate her because they ain’t her.”

Eboni’s rep confirmed that she “had a blast” at the book bash.

Fans know that Eboni, the cast’s first black cast member, has been widely criticized for using her time in the Bravo spotlight to preach her views on social justice issues.

Eboni recently spoke out about being blamed for the lackluster season during an appearance on “The Take On with Amir Yassi” podcast.

“Meaning for whatever you think of how she behaved this season if you are a 13-year long relationship with Ramona Singer, that means something!” she declared. “If you’re a 13-year long relationship with Luann de Lesseps. That means something! Same with Sonja [Morgan]. You know, so I think it was very easy for people to say this season is lacking, which I totally agree with, by the way. In one argument, it was lacking in that it was lacking in New York City. It was lacking the freedom of movement to really film the show is as it has been done for years.”

Eboni has also pointed out that the race-related discussions wouldn’t have been necessary if her co-stars hadn’t exhibited micro-aggressions while filming the season.

Page Six reported in August that Ramona and Eboni were spotted having a fun dinner on July 27, at Avra Madison near Central Park, in a seeming effort to rescue the spiraling franchise.

“The drama or so-called rift is in a much better place,” a production insider told Page Six, at the time.