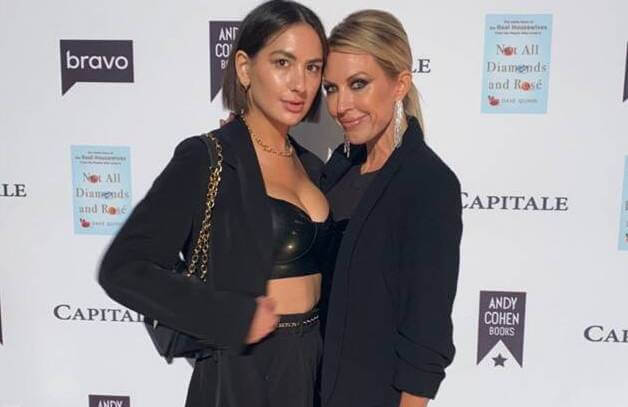 Braunwyn Windham-Burke has a new love in her life. The Real Housewives of Orange County alum, who recently relocated to New York City, revealed her new romance with New Jersey hairstylist, Jamie Parton, at a book launch party celebrating Dave Quinn’s new “Housewives” tell-all, “Not All Diamonds and Rosé: The Inside Story of the Real Housewives From the People Who Lived It,” on Tuesday night.

A source told E! that the pair connected after Braunwyn commented on Jamie’s Instagram post spotlighting National Coming Out Day, on October 11.

“Thank you for making the world (especially mine) a little brighter,” Braunwyn wrote, punctuating her sentence with red lips and rainbow emojis.

Braunwyn told the outlet last month that she and former girlfriend, Fernanda Rocha, were still a couple, but taking time apart.

“Fernanda and I are still good, we’re still together, but we’re both doing our own thing,” Braunwyn explained on Sept. 10. “She’s been in California, I’ve been in Hawaii. I think we’ll always be friends but geographically it’s been a little hard to spend time together.”

Braunwyn’s husband, Sean Burke, was supportive of Braunwyn’s move to the east coast.

“He thinks it’s a good choice,” Braunwyn shared. “He knows this has always been a dream of mine, and he kind of sees some of the things that are happening. He’s like, ‘I support you. The kids are going to be OK.’ And I’ll fly back and forth.”

Braunwyn landed on Bravo’s chopping block in June, amid a RHOC cast shakeup.

As reported in July—Bravo signed on women connected to Braunwyn only days after cutting ties with the controversial mom of seven.

Braunwyn used to be close to Noella Bergener, as revealed on both of their social media accounts. The former besties posted about each other for months, but their friendship appeared to cool earlier this year, as Noella’s last mention alongside Braunwyn was posted in May.