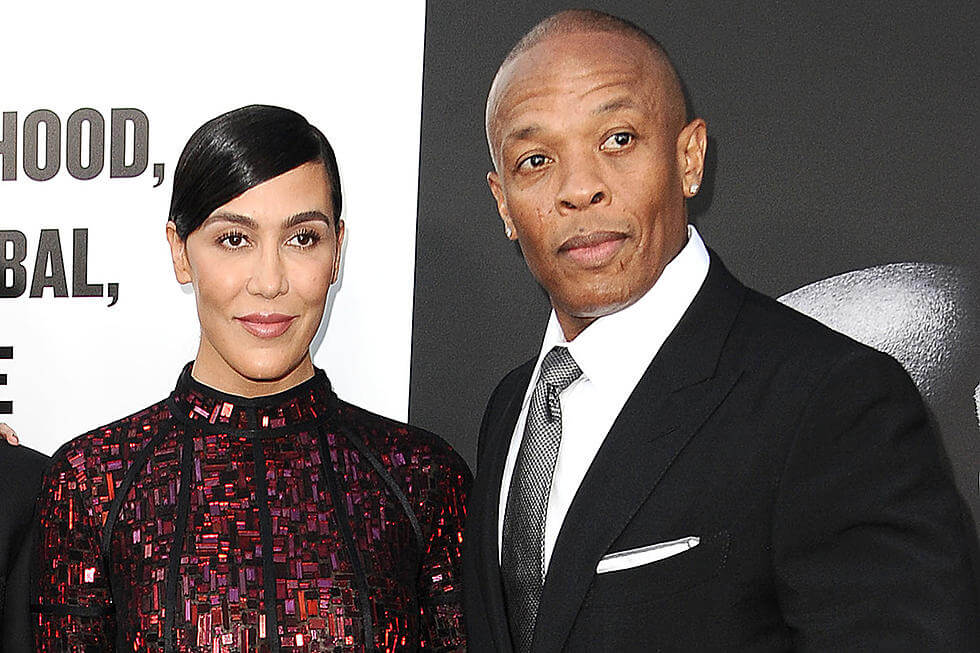 Dr. Dre and Nicole Young’s contentious divorce took a dark turn on Monday when the music mogul was confronted by a process server who attempted to serve him with legal documents at a cemetery. Sources told TMZ that Dre’s grandmother was being laid to rest at a Los Angeles cemetery when a server confronted the musician with legal papers.

There are conflicting accounts about exactly where Dre was approached. Sources close to the rapper told the outlet that the official confronted him at the burial site, where Dre was standing next to his grandmother’s casket. Insiders connected to Nicole told TMZ that Dre was served the legal documents in the parking lot after the burial.

Both sides report that Dre was repulsed by the action and angrily refused to take the documents. Sources connected to the rapper claim that the papers were dropped by the grave and Nicole’s side claims that they were tossed in the parking lot.

Inglewood Park Cemetery employees reported that they did not witness Dre being served alongside his grandmother’s casket. Several employees clarified that Dre was never in the parking lot, as he reportedly parked on the street inside the cemetery, close to his grandmother’s burial plot.

The legal documents reportedly involved payment of Nicole’s legal fees, which have been a point of contention amid the ex-couple’s ongoing prenup war.

As reported in September—Dr. Dre was ordered to pay his ex-wife’s attorney fees amid the duo’s post-divorce prenup battle, a figure that topped a whopping $4 million.

A judge issued a temporary order that states that the hip-hop producer must pay his estranged ex, Nicole Young, spousal support and an additional $1.55 million in attorneys fees, according to court documents obtained by The Blast. The musician has paid over $2 million to lawyers and handed over two payments of $500k this past year. The judge implied that the reason behind the exorbitant payout lies in Nicole’s top-notch legal team hire.

The judge reiterated that Dre shelled out $3,812,978 in spousal support over the past year. The costs have been offset by payments used to support the ex-couple’s homes and other miscellaneous living expenses.

Dre disputed the figure and claimed that the full amount had been paid. The legal papers delivered Monday included the judge’s final order in the amount of $1,550,00.