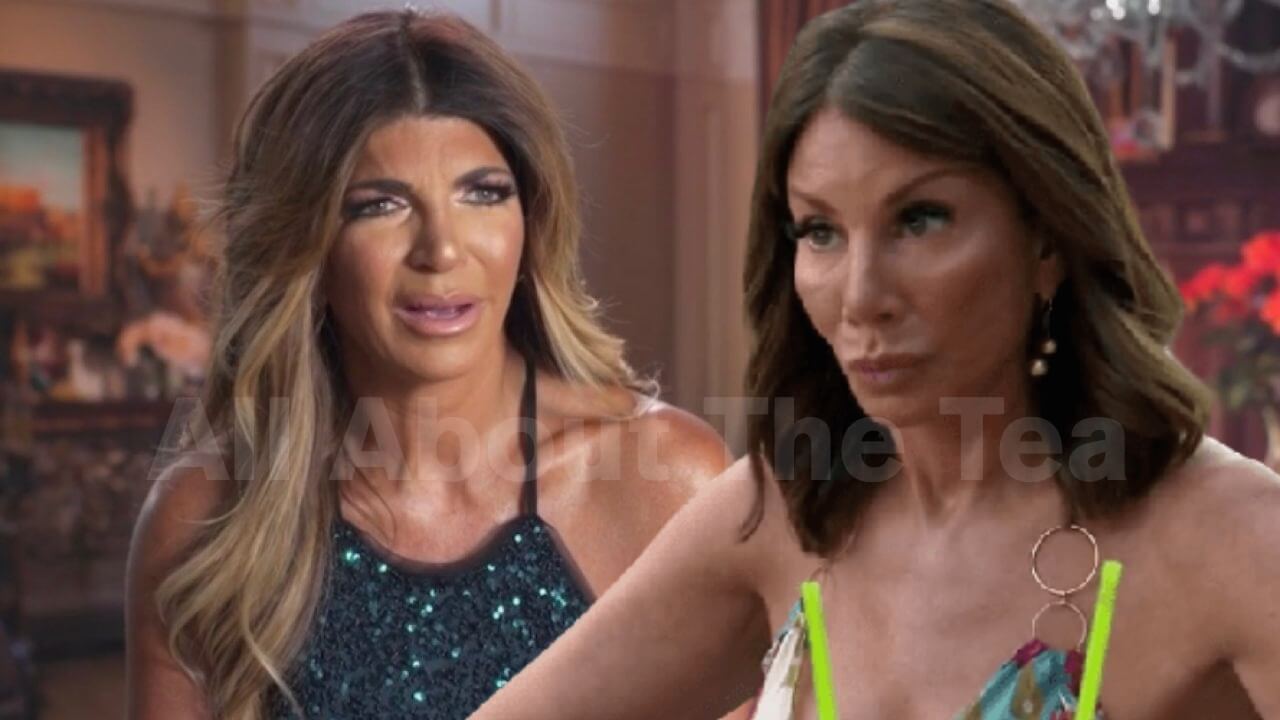 Danielle Staub has claimed that a confrontation with Teresa Giudice turned violent during production of the second season of the Real Housewives of New Jersey. Dave Quinn, author of tell-all “Housewives” book, “Not All Diamonds and Rosé: The Inside Story of the Real Housewives From the People Who Lived It,” spilled the inside tea about the explosive altercation that played out during Season 2.

“I didn’t know they’d start physically coming at me after that!” Danielle revealed in the book. “I should be able to say what I want to say and not get physically accosted for it.”

Danielle alleged that Teresa “stabbed” her with a fork amid the physical altercation and that Ashlee pulled her hair. The show featured Teresa chasing Danielle through the venue and the aftermath of the hair pull, but the alleged stabbing was edited out.

“Teresa took a fork to my back! I had a fork stabbed and dragged down my back! So I stopped running,” Danielle claimed. “One of the security guys was holding onto my arm. I remember saying, ‘Let go of me — you’re holding me back.’ This was like Jerry Springer on steroids. Like, these women were dangerous.”

“It came as a shock to me that I was allowed to be treated this way,” she added.

“This never happened. It is 100 percent pure fiction,” he said. “If it did happen you would have seen it or heard about on the show and not in a book 11 years later.”

Andy Cohen offered an explanation as to why viewers did not witness the supposed cutlery assault.

“We don’t like it when it gets physical. We tend to cut away from it. We’ll show that something happens, but we kind of do flashes on the screen. It was not in keeping with what we want the Housewives to be,” the Bravo exec explained.

Danielle later sued Ashlee, who was 18 at the time, for assault. A New Jersey municipal court found the teen guilty in 2010 and ordered her to pay a fine of $189. Danielle also filed complaints against Teresa and Jacqueline, alleging that the pair cursed at her and threatened her. The complaints were eventually dropped.