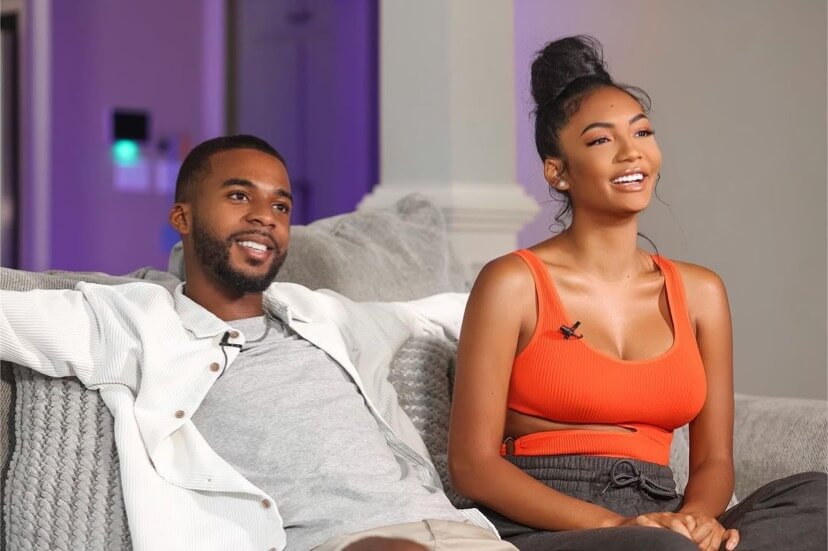 Falynn Guobadia and Jaylan Banks are engaged. Falynn’s ex, Simon Guobadia, accused the Real Housewives of Atlanta star of cheating with Jaylan amid his own controversial engagement to Bravo star, Porsha Williams.

“I said YES!!!” Falynn, 32, captioned a snap on Instagram Sunday, showing off her new engagement ring. “I have no clue how @itsjaylanbanks pulled this big surprise off but I have not stopped balling [sic] my eyes out. I love you baby❤️ #PerfectlyPina.”

Falynn is also expecting a child with the Atlanta-based entrepreneur. The duo confirmed their relationship earlier this year, after initially denying that they were romantically involved. They shared their baby news in August.

“We’re adding another little one to the crazy bunch,” Falynn gushed in a YouTube share. “It is Jaylan’s first baby, so welcome aboard.”

“I do realize that a lot of you and a lot of blogs have somewhat caught wind of our little news, and we just wanted to make sure that we made it past the two-month mark,” she added at the time.

Falynn revealed her pregnancy less than a month after her divorce from Simon was finalized.

Simon put Falynn on blast in June, identifying Jaylan as the other man in his soon-to-be ex’s life.

Simon also shared security camera footage of the duo at the couple’s home, captured while he was out of town.

Jaylan denied Simon’s allegations during an appearance on “The Shade Room.” Jaylan maintained that he shared only a friendship with Falynn.

London Gillespie, one of Falynn’s past boyfriends, claimed that he had a romantic relationship with the RHOA star in the months leading up to her marriage to Simon.

“I didn’t know that Simon was in the picture until later on down the line when we already were dating,”  Gillespie claimed.

Fans know that Simon and Porsha Williams were hit by social media backlash when they dropped their engagement bomb, earlier this year. The pair became engaged in May, after dating for a month.

Falynn and Simon’s divorce was finalized in July.

“I’m officially divorced! It’s a party! It’s a partyyy!” Falynn wrote alongside a bottle with a popping cork emoji.