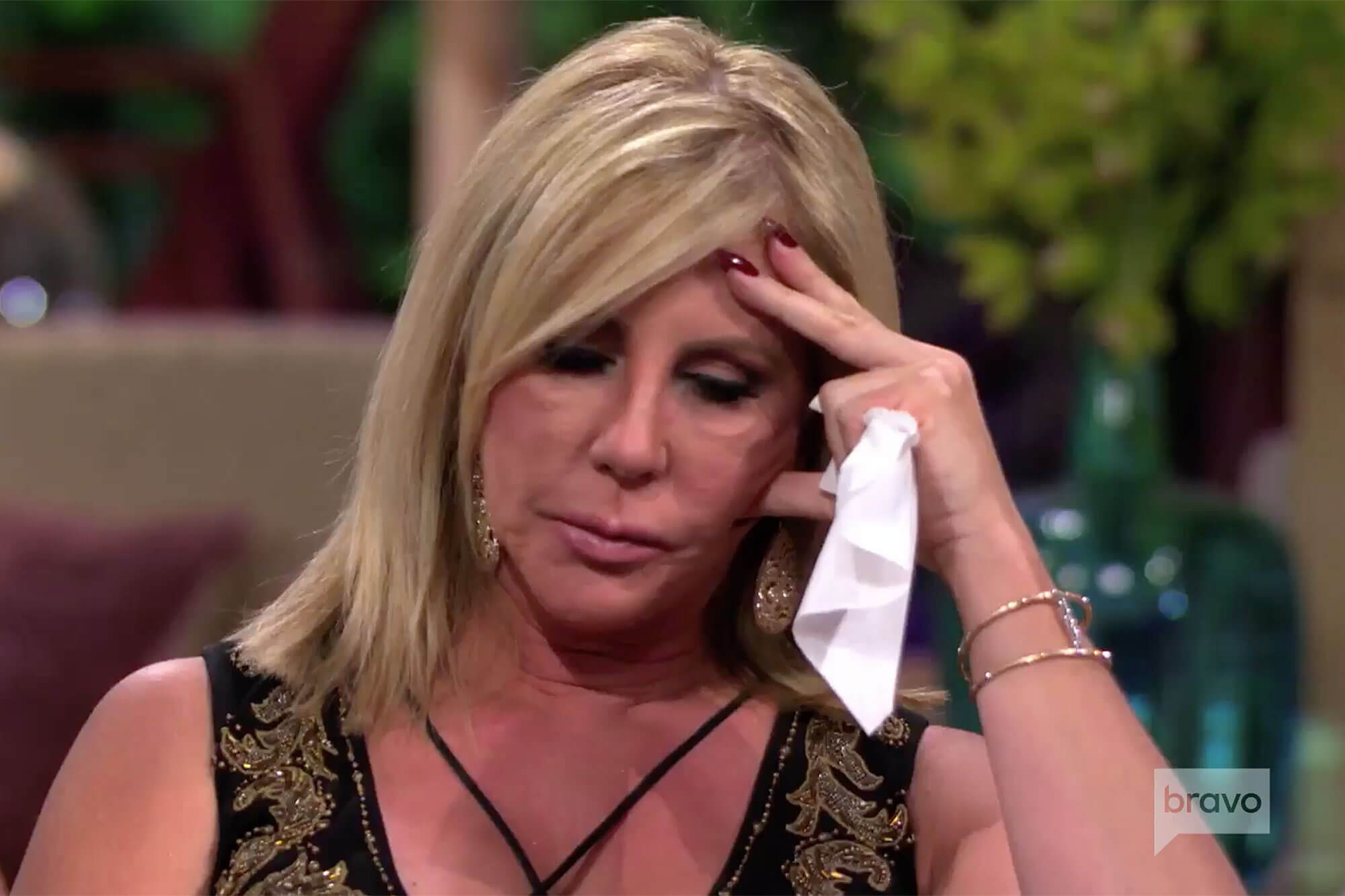 Vicki Gunvalson is putting Steve Lodge on blast, calling her ex-fiancé a liar and a user. The Real Housewives of Orange County alum split from Steve last month.

Vicki, 59, let her feelings be known when responding to comments posted on Instagram by her former co-star and friend, Tamra Judge. Tamra implied that the pair’s breakup was a messy one in the Friday post.

Vicki reacted to Tamra’s idea, joking about her lack of discernment when it comes to picking men.

“Thanks Tamra. Yes, I’m passing the baton on to you,” Vicki responded in the comment section.”My picker is obviously off.”

A fan asked Vicki to spill the tea about Steve’s misdeeds, and Vicki replied—”He used me, he lied to me. He’s been dating a 36-year-old and is not what he portrays himself to be. No Christian man would do what he’s done.”

The RHOC OG claimed that her ex was flaunting his PDA-filled romance around town, and Tamra hinted that the relationship was going on while Steve lived in Vicki’s house.

“While sleeping in your bed, running for governor, using your followers. #unfollow,” Tamra wrote.

The duo began their romance after Vicki split from her controversial ex, Brooks Ayers, in 2015. Vicki and Steve became engaged in April 2019, after dating for three years. They later postponed their wedding date due to the Covid-19 pandemic. Vicki confirmed the couple’s split in September.