Real Housewives of Potomac alum, Katie Rost, has been confirmed safe after the former reality star posted some alarming calls for help online. The model took to her Instagram Story to send out a cry for help, claiming that her mother had dumped her barefoot in a wooded area of Virginia, with no money or identification. 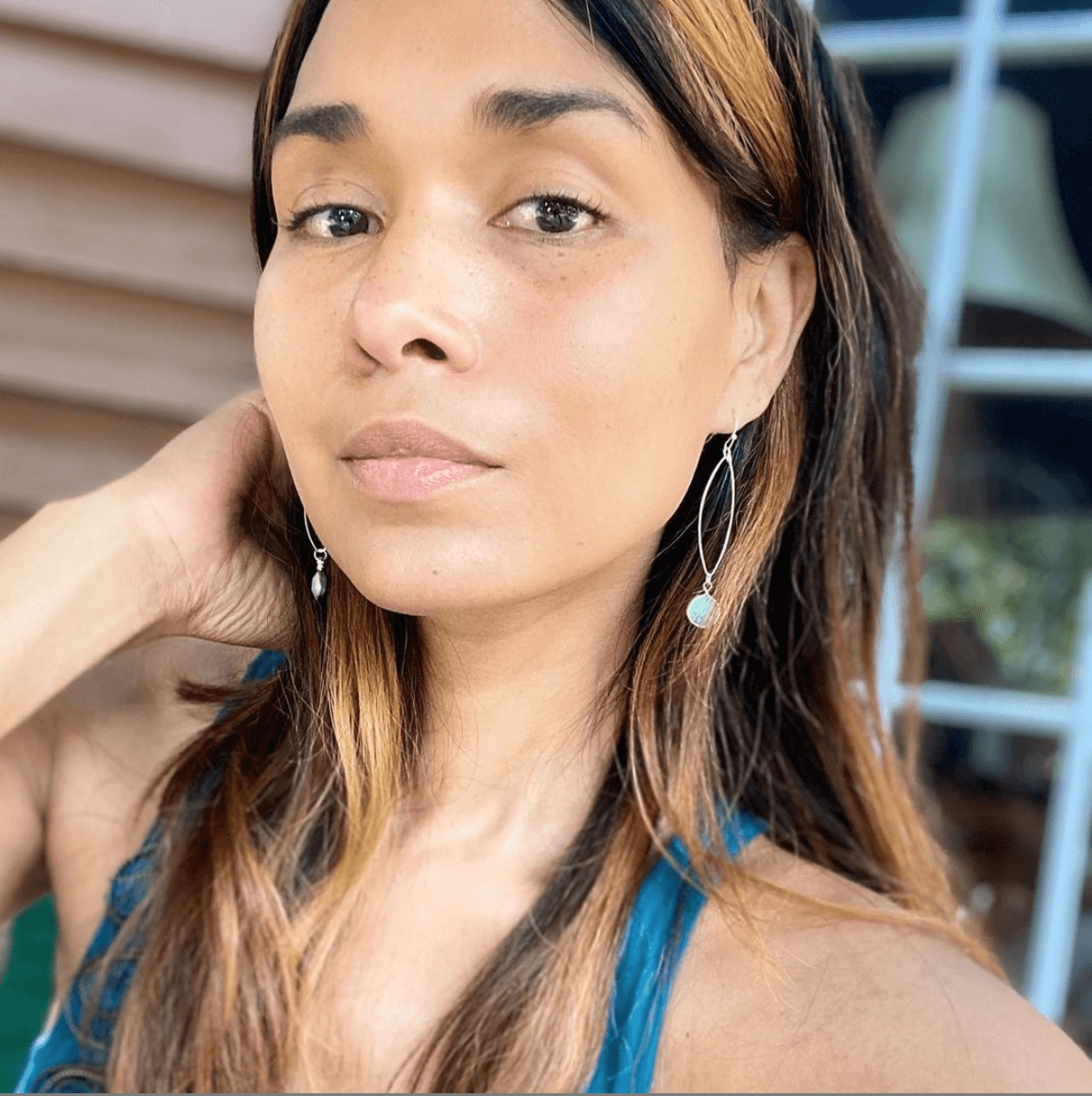 “My name is Katie Rost. I was just driven out to Purcellville [Virginia] and left in the woods with no shoes. No key to my home and my mother said she is calling the police on me. I need help,” the mother of three wrote in the since-expired post.

“She drove me from New York to Potomac Maryland to here,” Katie continued, alleging that she was “outside and I have no shoes on.” 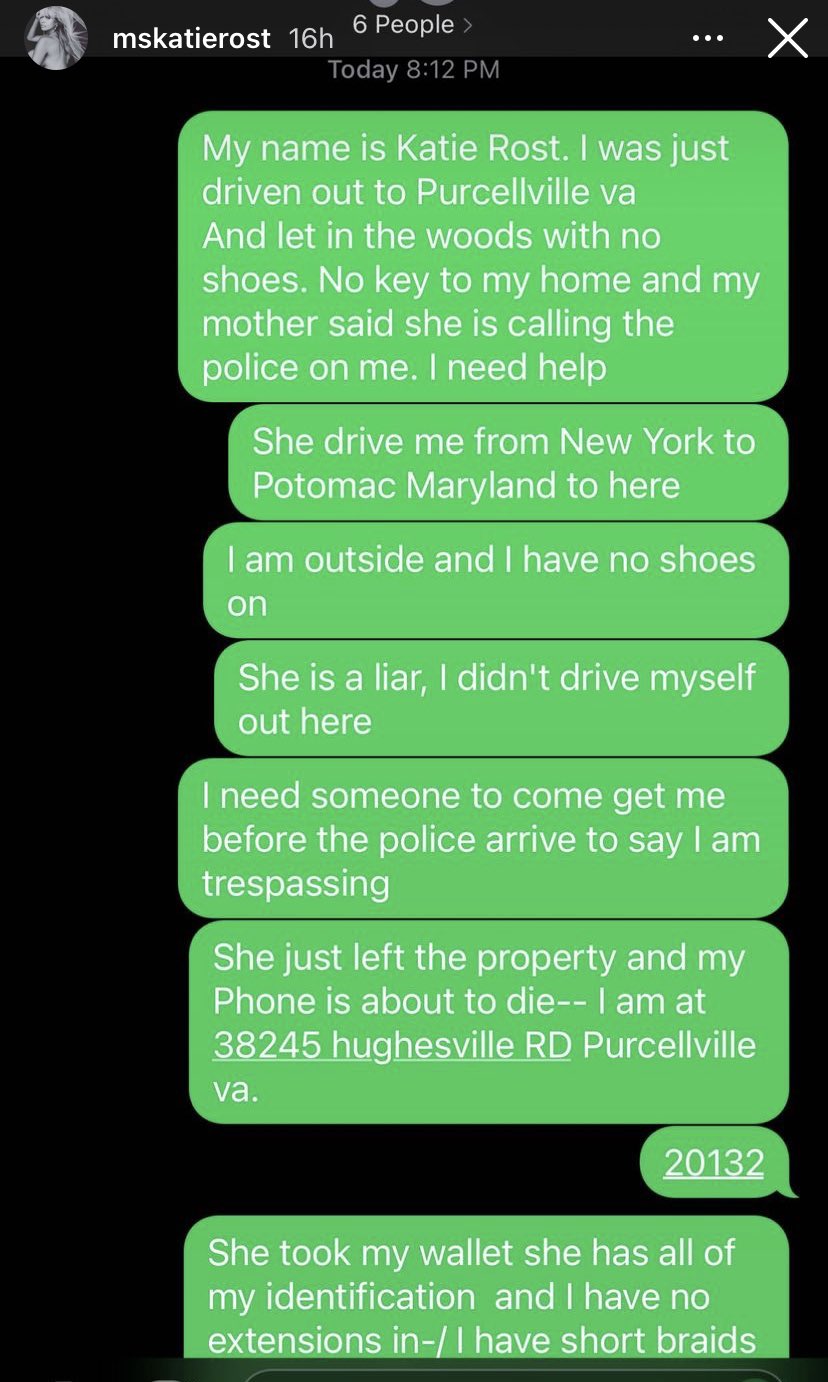 Katie, 41, called her mother “a liar” and denied that she drove herself into the Virginia woods.

“I need someone to come get me before the police arrive to say I am trespassing,” she pleaded.

Katie shared an address of her location but did not clarify when she posted the SOS. 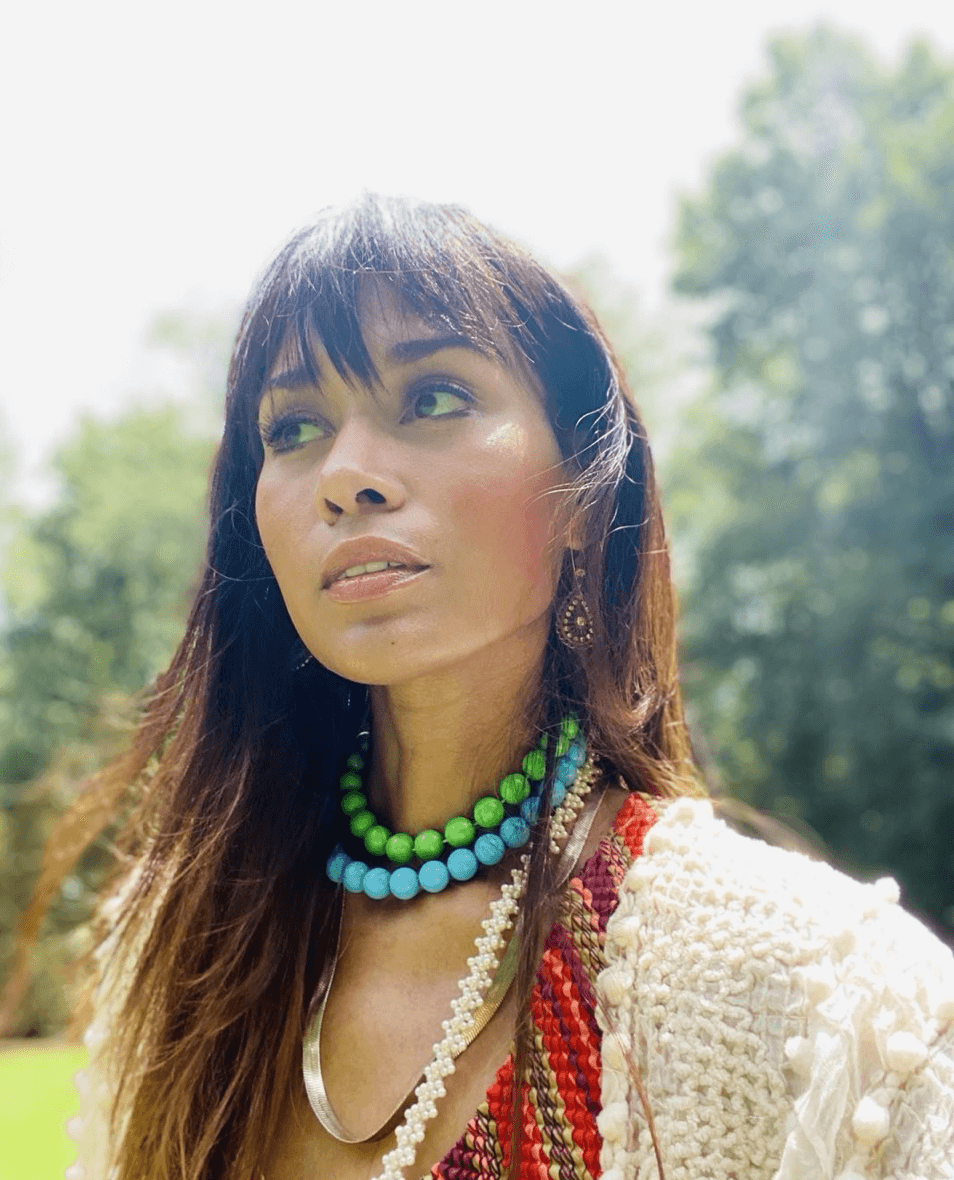 “I am at 38245 hughesville RD Purcellville va, 20132,” Katie wrote. “[My mother] took my wallet she has all of my identification and I have no extensions in – I have short braids.”

Katie alleged that her mother had “just left the property and my Phone is about to die.”

Radar Online reported on Saturday that Purcellville Police officers had confirmed that the former Bravo star was safe. 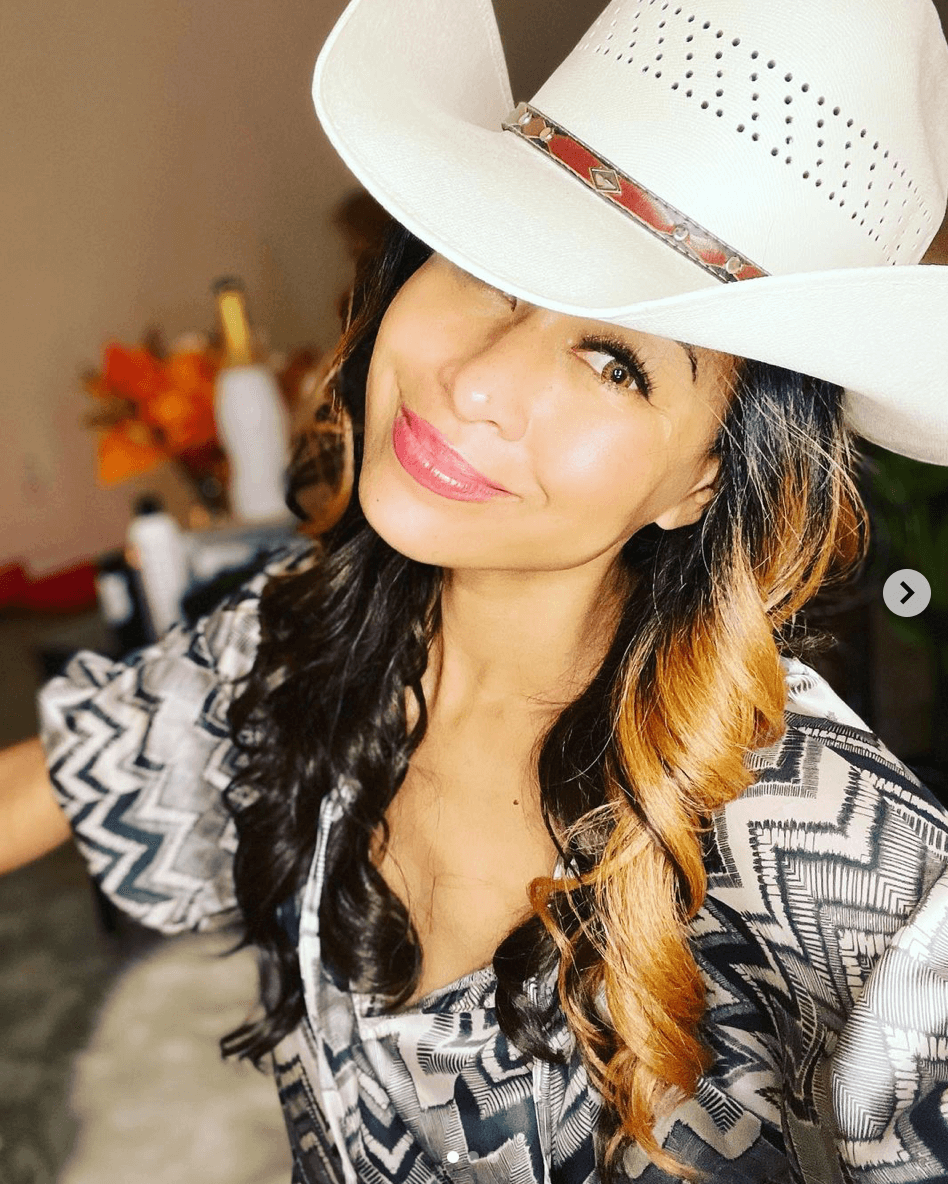 “We had someone check in with Katie. She said she was fine. She just had a weird couple of days,” sources close to the Bravo alum told the outlet.

Katie’s mental health was touched on a few times during her brief stint on the Bravo show, but concern among her castmates was not significant.

#RHOP Katie just did a IG Live saying her account was hacked and she didn’t post the message above pic.twitter.com/EjdkXhnV7v

Fans sounded off about Katie’s bizarre story and many wondered if she needed to seek professional help.

“If mental illness is what’s she’s suffering from, it’s so hard to treat adults if they do not want help,” one person tweeted. “That was my career field before I retired. The states had so much funding cut and the laws have been pretty much ignored. Families feel helpless.”

“What a frightening post. I hope Katie seeks help, or those close to her try to help, or that she is approached by skilled professionals,” another wrote. “Watching her was heartbreaking, but her beautiful smile always showed determination.” 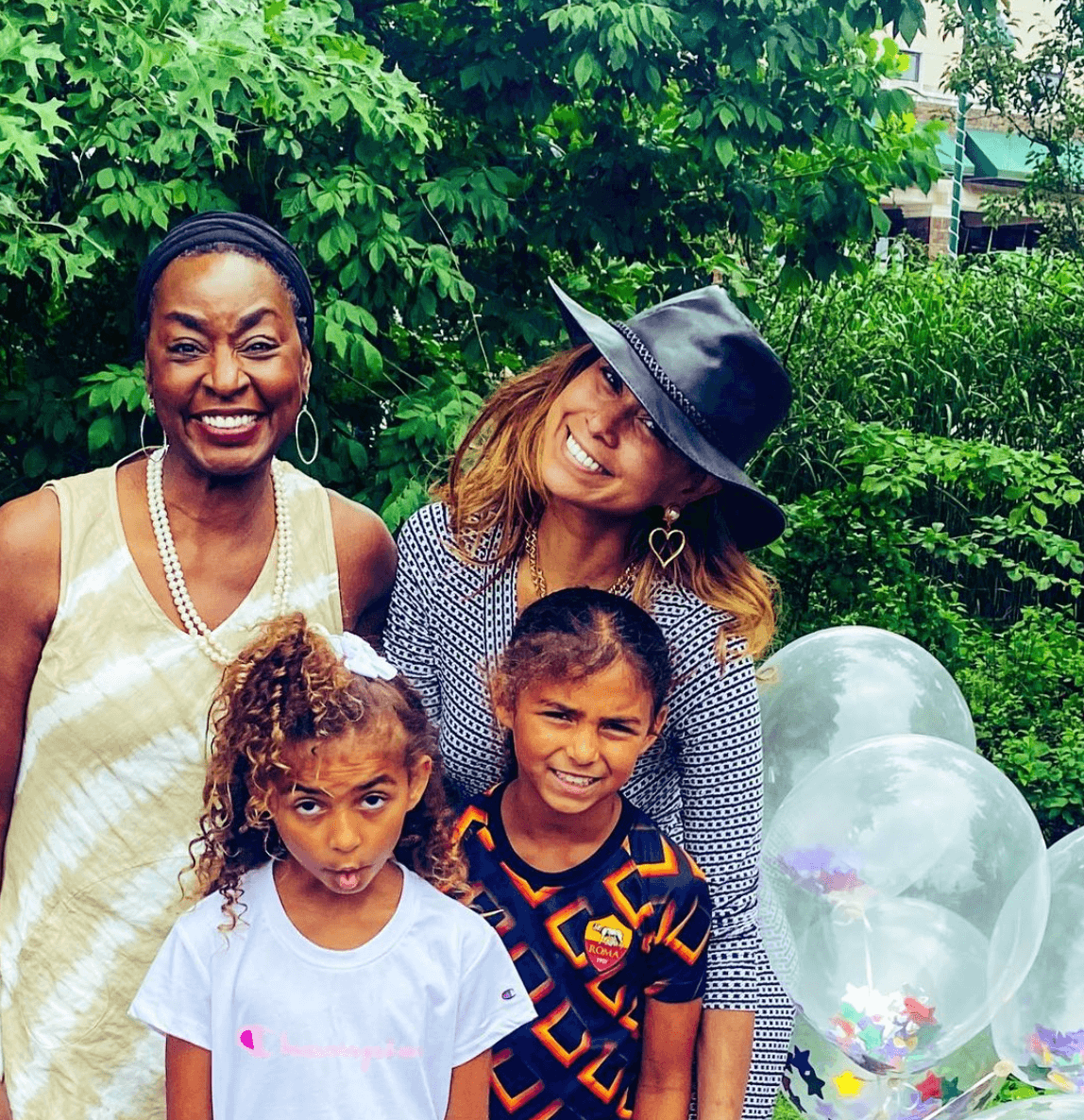 Katie was an original RHOP cast member and was featured organizing posh charity events during Season 1. Her presence on the show was diminished in Season 2 before she made her exit. She returned as a “friend” of the cast in Season 4.