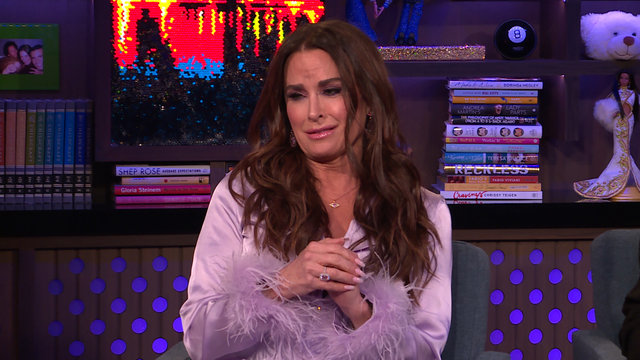 Kyle Richards has denied that she was the rumormonger spreading gossip about her Real Housewives of Beverly Hills co-star, Erika Jayne, at Andy Cohen’s baby shower. Kyle’s former co-star and ex-bestie, Lisa Vanderpump, identified Kyle as the alleged culprit after Camille Grammer dished that a guest was chattering about Erika’s financial woes at the baby bash.

Kyle appeared on Wednesday’s episode of Watch What Happens Live and laughed off the accusation. 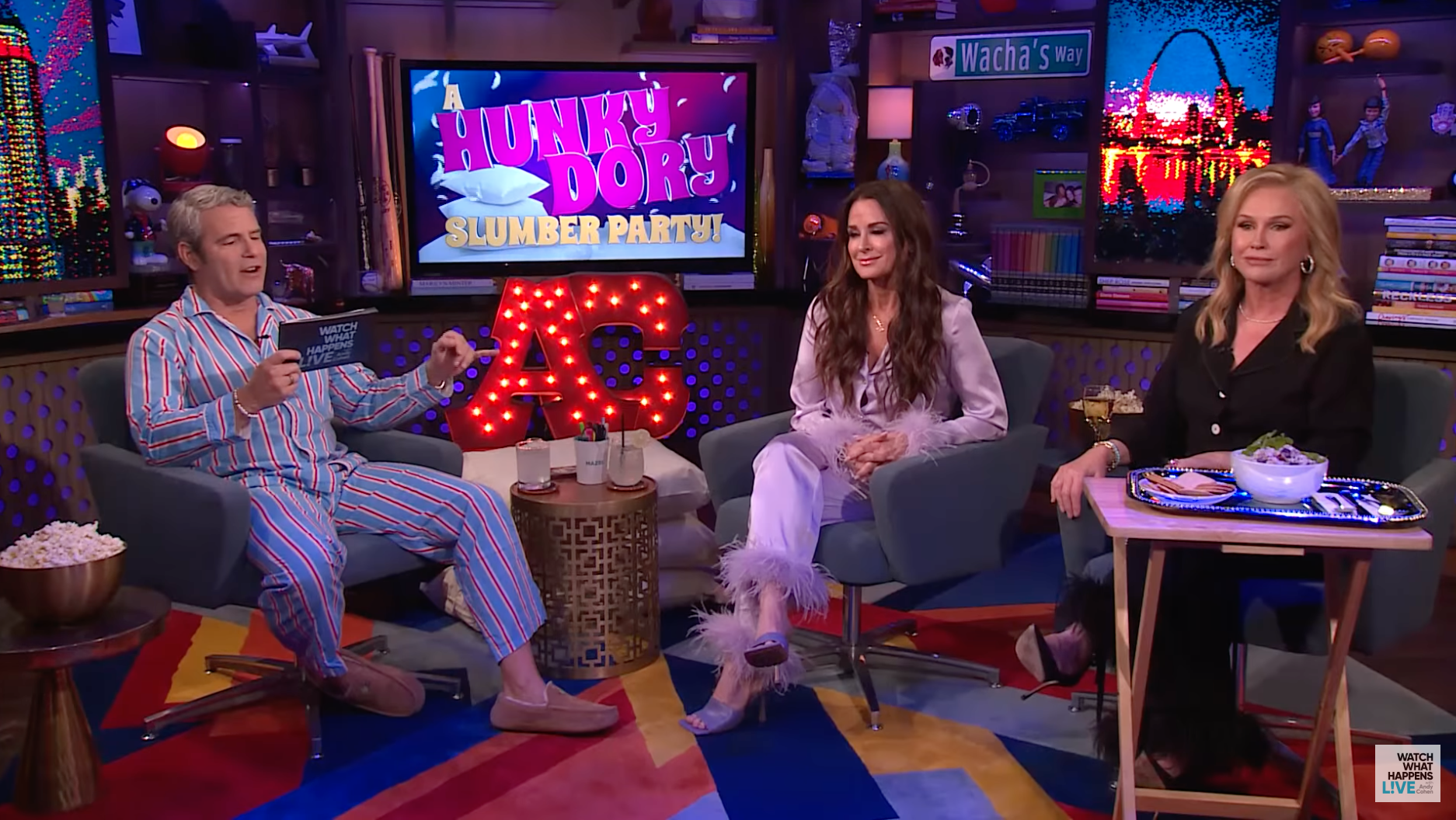 “I mean, Andy, I mean, I would never say something like this, ever,” Kyle said, mocking Lisa’s British accent.

“But one could argue perhaps that maybe her memory is fading along with her relevance. Because she wasn’t even at the baby shower,” the RHOBH veteran jabbed.

“But I would never say something like that. You can think about that, though, I’m just saying,” Kyle, 52, remarked.

Kyle added that several people texted her to chime in about what a “joke” it was that Lisa claimed such a thing.

Lisa responded to Kyle’s comeback on Twitter, retweeting a fan who captioned the footage—“Doesn’t the saying go that people who are good liars use jokes to deflect? Good job Kyle we believe you did start the rumors.”

@LisaVanderpump Doesn’t the saying go that people who are good liars use jokes to deflect? Good job Kyle we believe you did start the rumors just like the @TheRealCamilleG said. It’s Kyle’s MO. Best part is Erika already knows it’s true. https://t.co/ARpBDBP1NY

Earlier this month, a fan asked Camille via Twitter if she had caught wind of the “Tom and Erika rumors,” and Camille responded, “Yes. One of the housewives mentioned it at Andy [Cohen]’s baby shower.” 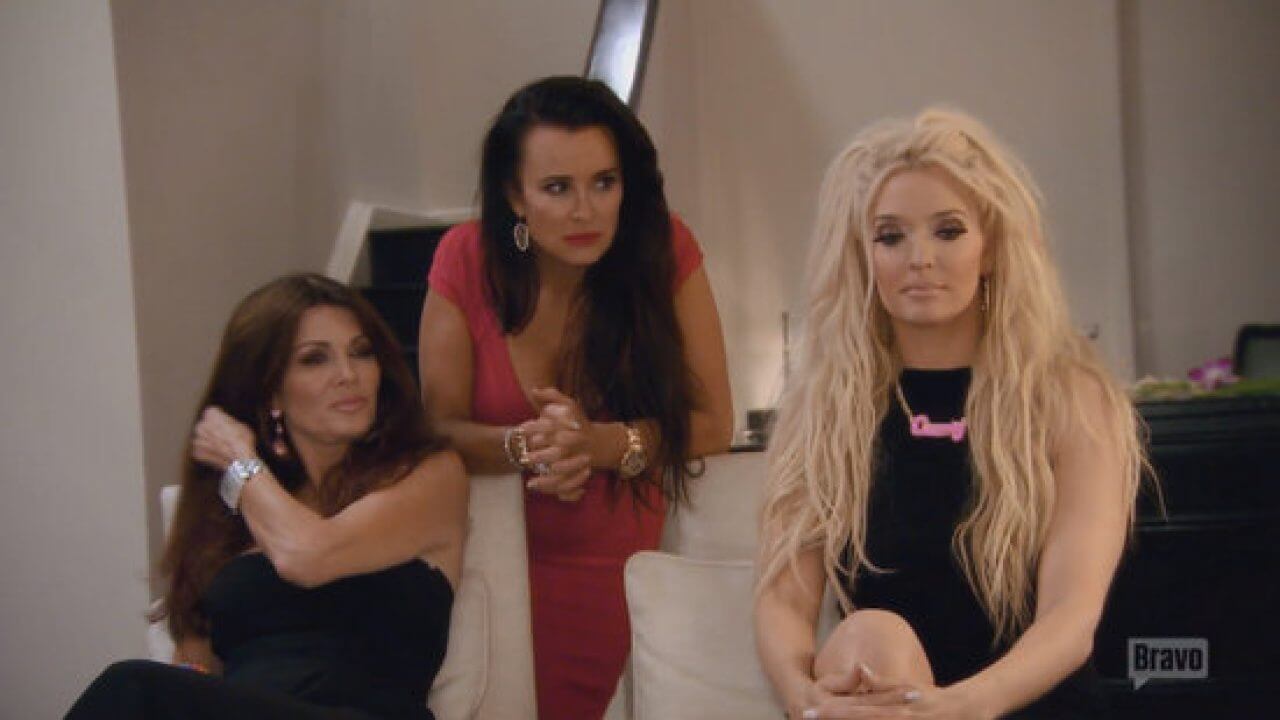 Lisa later spoke to the Daily Mail about the upcoming season of Vanderpump Rules and picked up where Camille left off. Lisa confirmed that she also caught wind of the same stories, and was asked to spill the name of the loose-lipped “Housewife.”

“It didn’t surprise me when Camille told me that it was Kyle that had told her the gossip about her supposed friend Erika Jayne,” Lisa admitted. “That’s how Kyle works.” Erika filed for divorce from Tom Girardi in November, one month ahead of the disbarred lawyer being forced into a Chapter 7 bankruptcy by multiple creditors. Erika is a named defendant in a federal lawsuit that alleges her involvement in an embezzlement scheme, which allowed Tom to allegedly pilfer millions owed to family members of plane crash victims.

A recent Daily Mail report alleged that Erika no longer trusts Kyle after watching the season unfold in real-time. “Erika feels like Lisa Rinna is her only true friend on the show,” a close friend of Erika‘s told the outlet. “The other women say one thing to her face and something completely different behind her back. Lisa actually has her back.”

“Erika is also disappointed and shocked with how Kyle Richards has turned on her and now realizes the warning Lisa Vanderpump gave her about Kyle was true,” the insider revealed. “Erika knows that Kyle has two faces both literally and figuratively.”