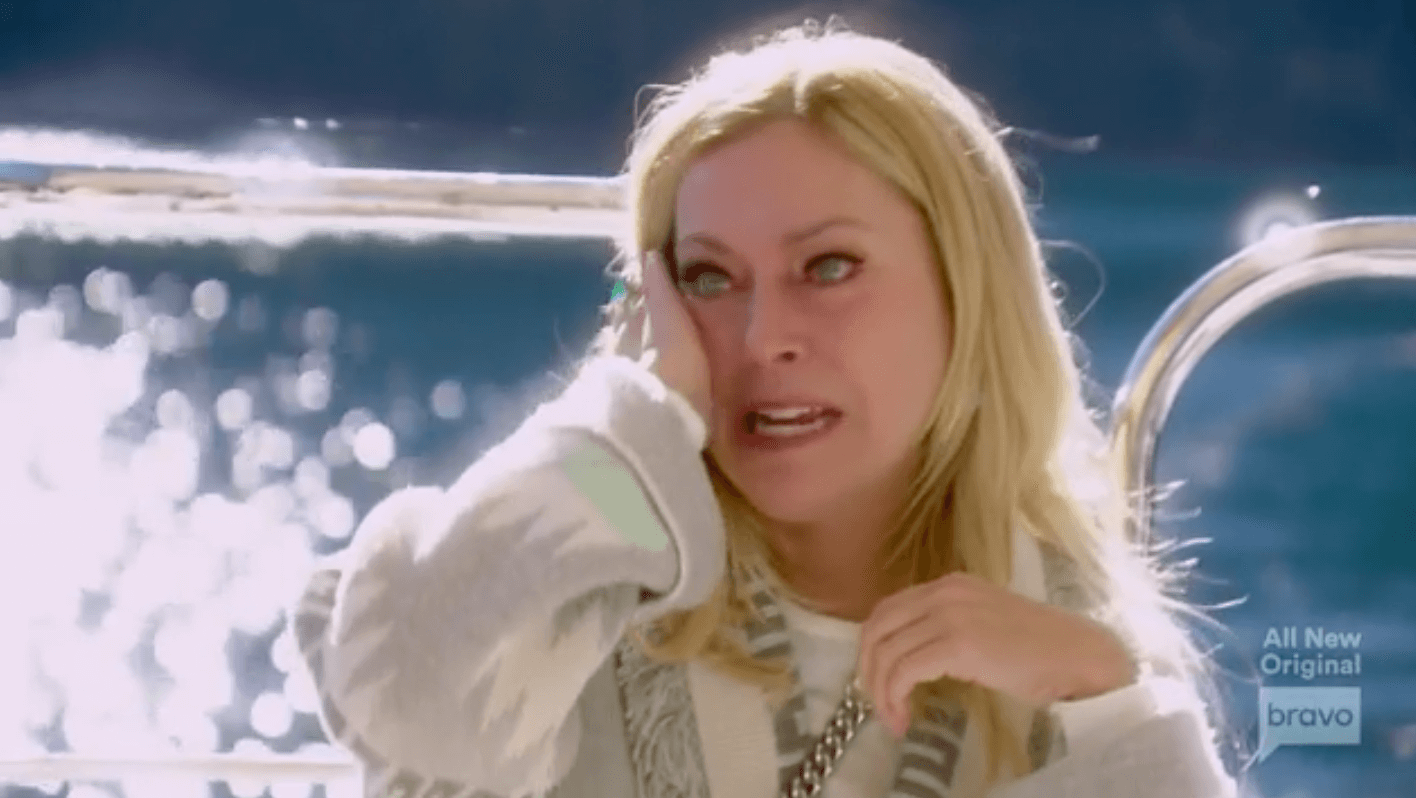 Sutton Stracke was so nervous about the legal drama surrounding her Real Housewives of Beverly Hills co-star, Erika Jayne, that she hired security during the latter part of filming season, according to a report by Hollywood Life.

“Sutton was afraid of Erika and the situation surrounding her,” a production source told the outlet. “So much [so] that she requested security during the remainder of filming of ‘RHOBH’.” 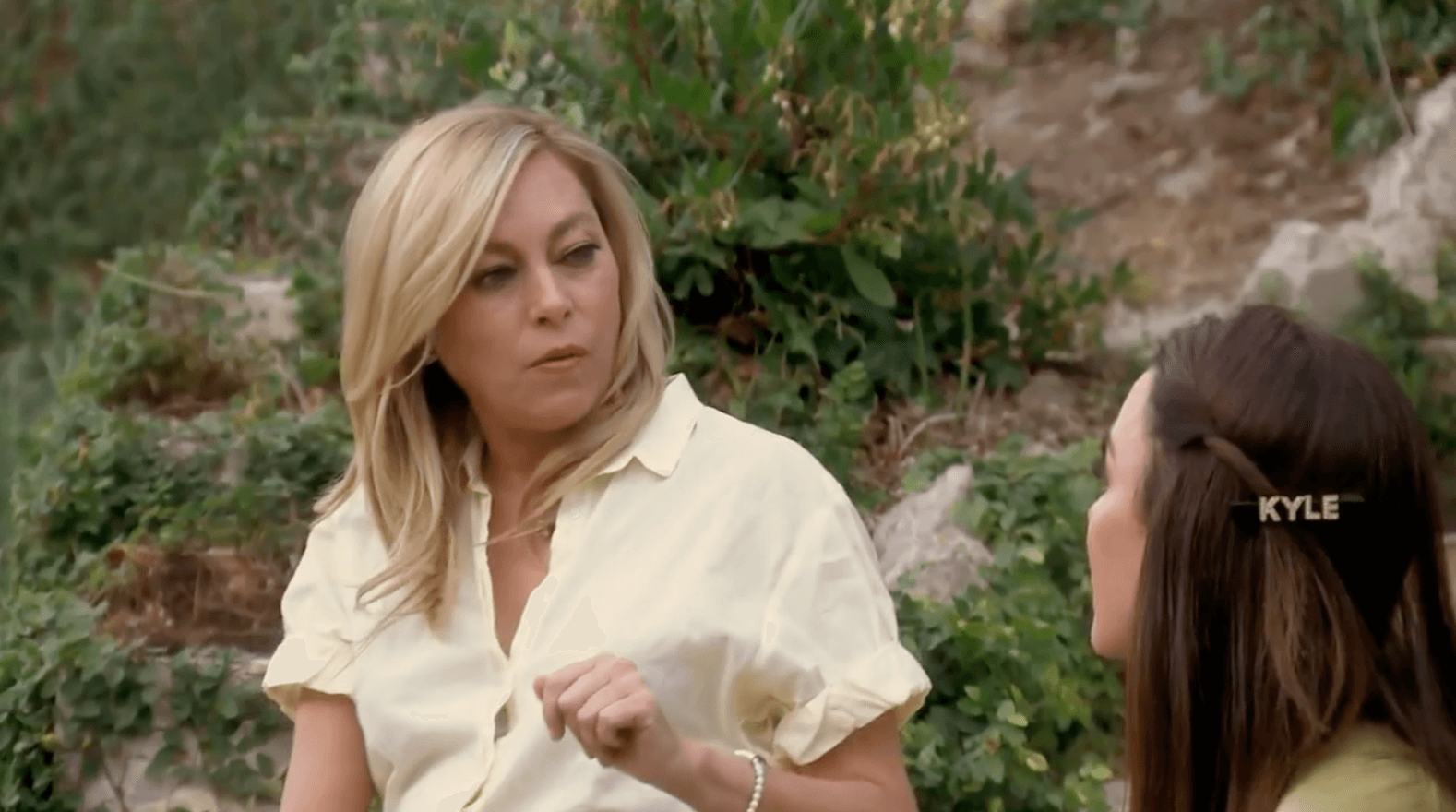 Fans of the Bravo series know that Sutton has been the most vocal critic of Erika’s stories about the breakdown of her marriage and the legal firestorm surrounding her estranged husband, Thomas Girardi. Erika filed for divorce from Tom in November and the lawyer was forced into a Chapter 7 bankruptcy the next month. Erika is a named defendant in a federal lawsuit that alleges that Tom embezzled millions owed to former clients, family members of victims of a plane crash. Erika has insisted that she left the once-wealthy attorney due to his icy behavior and cheating ways, but some believe that the split was a strategy to hide assets. 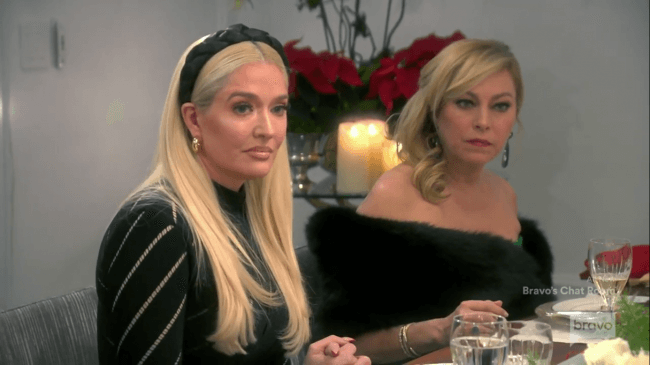 Several of Erika’s castmates have expressed confusion over her comments about the demise of her marriage, but Sutton was the first to confront Erika face to face. Sutton requested that Erika talk to her about the discrepancies during a cast dinner party, but her castmate shut her down.

“I only have enough capacity for the things that really matter, and your opinion of me does not matter,” Erika told her co-star. 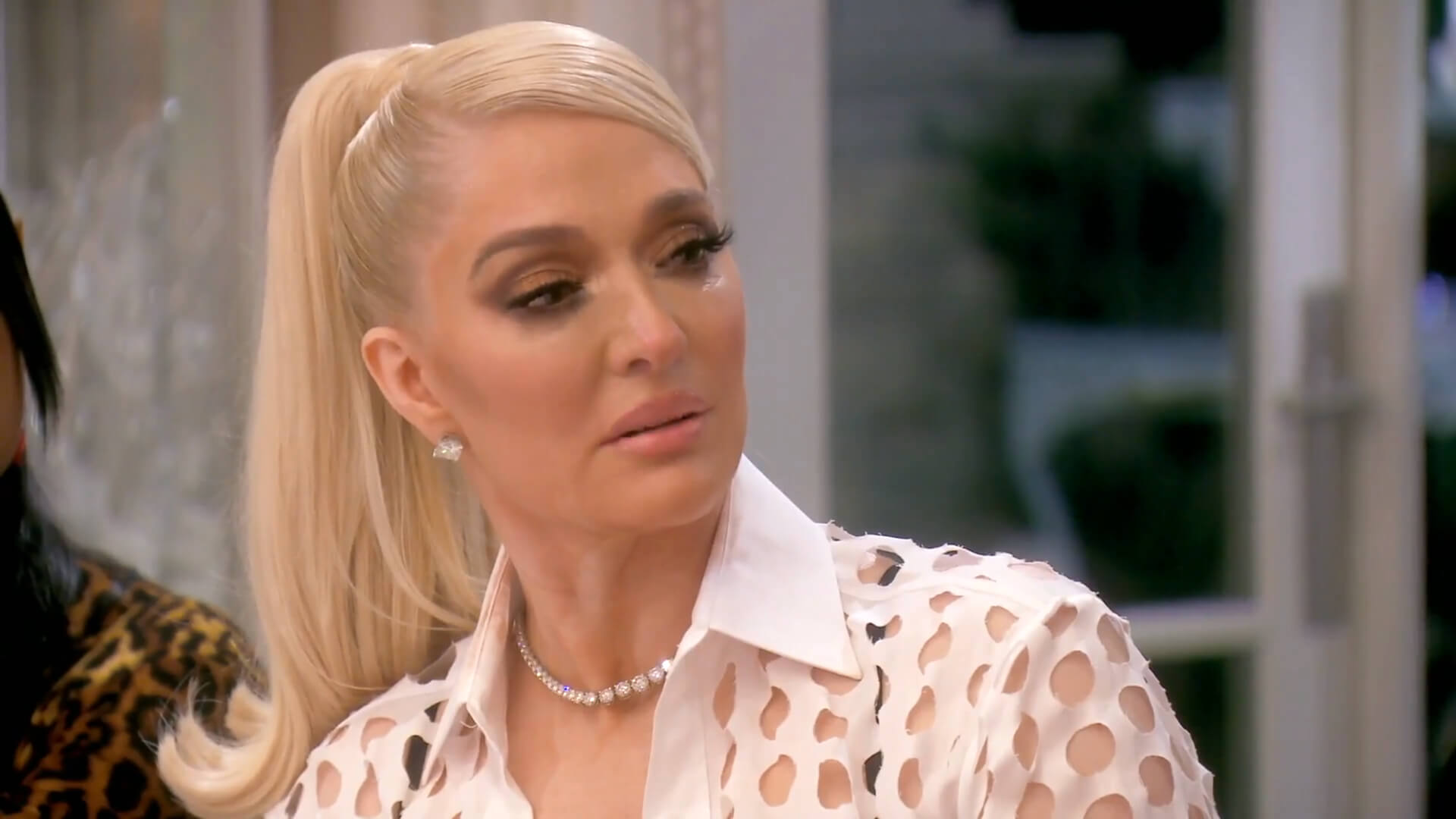 Erika later pointed a finger in Sutton’s face warning her to “shut the f*ck up.” She also hinted that Sutton could be hit with a lawsuit.

The outlet’s source clarified that Sutton did not feel threatened or seriously afraid but just wanted to feel as safe as possible.

“The whole thing frightened her,” the tipster added. 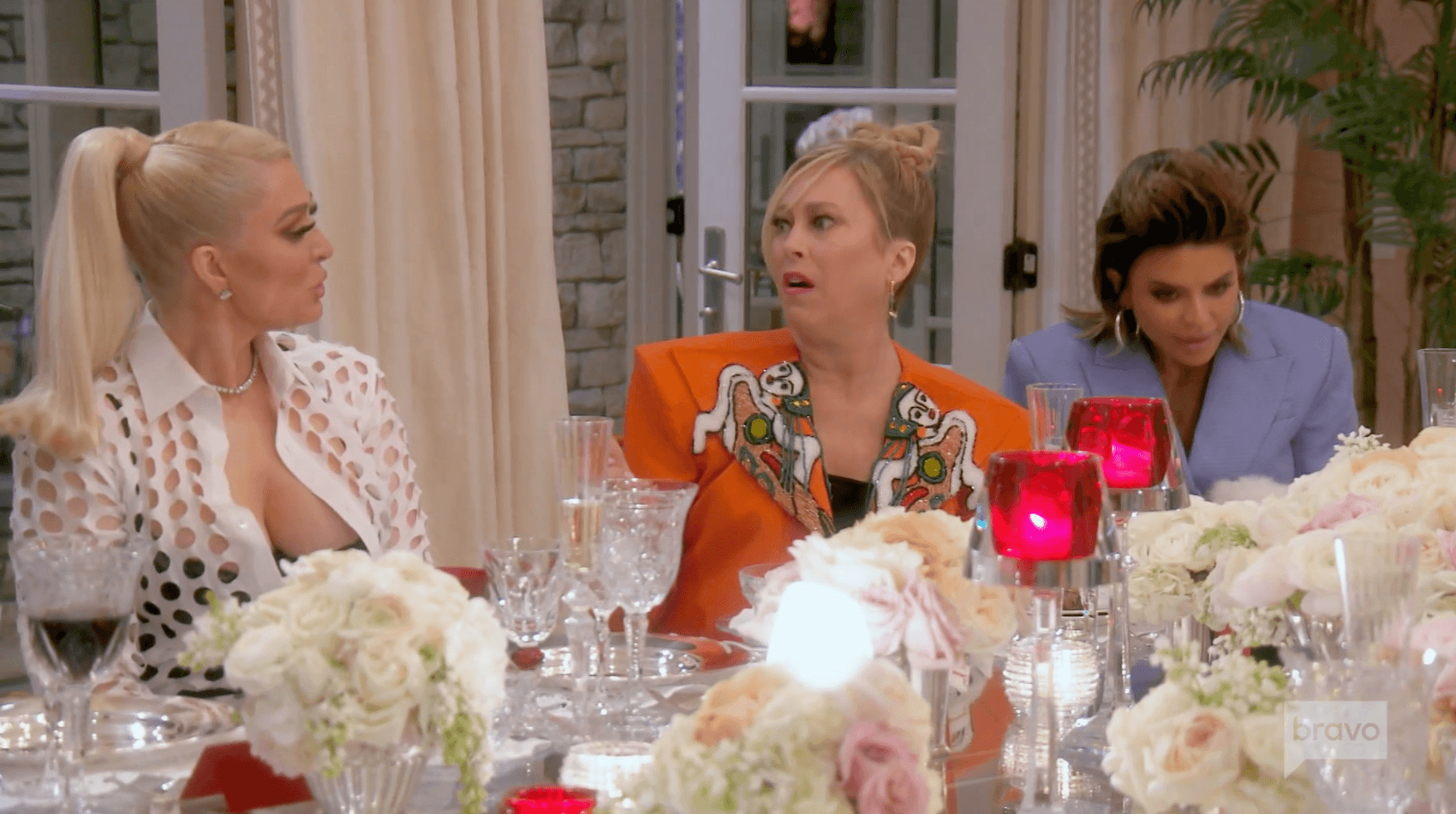 The report comes after Sutton revealed that she almost walked away from the show after her heated confrontation with Erika.

As reported earlier this month—Sutton revealed that she almost quit the Bravo reality show after being threatened by her co-star, Erika Jayne, at an aired dinner party held at Kathy Hilton’s home.

Sutton dropped the bomb during an appearance on the RHOBH After Show, where she explained how she really felt about the dispute with her co-star. 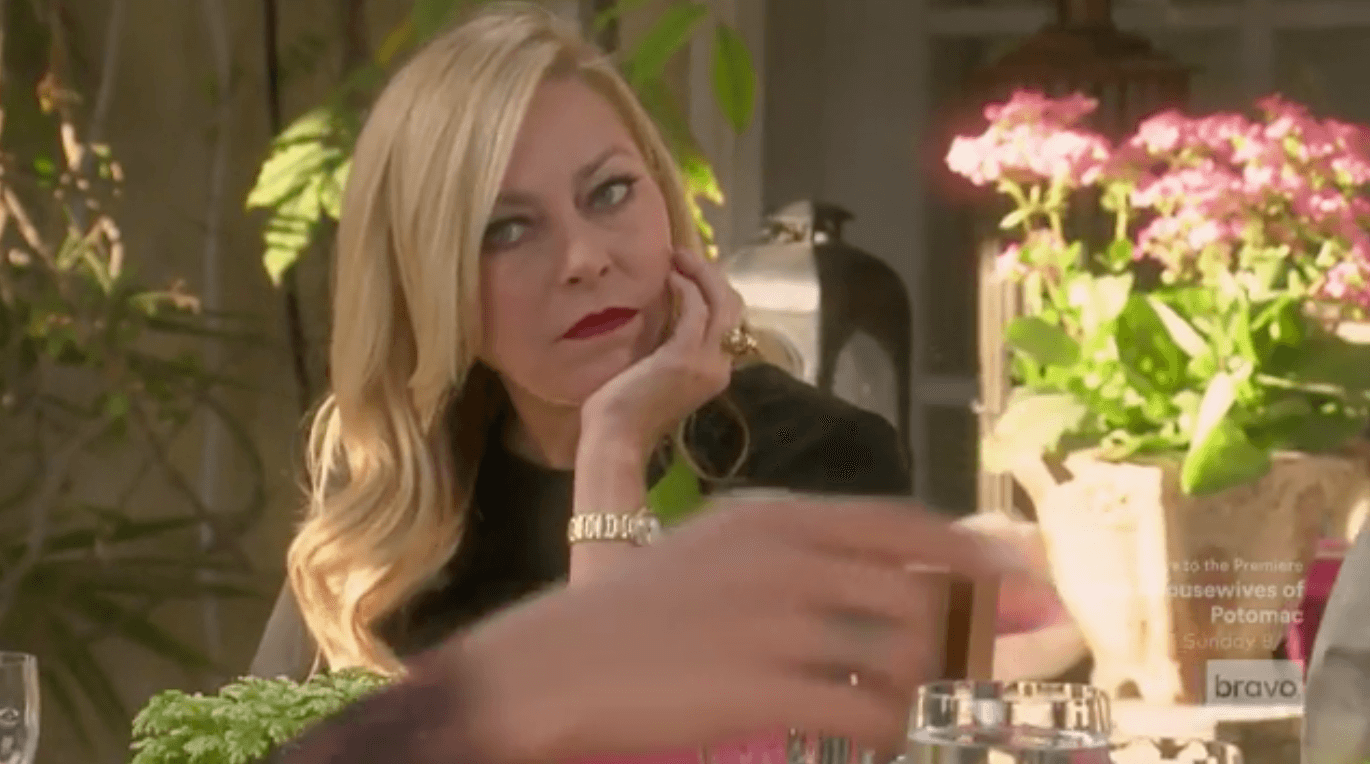 Fans know that Erika confronted Sutton during the gathering, remarking “I’m coming for you,” and hinting that she was prepared to hit Sutton with a lawsuit for asking questions about the unfolding case.

“I was leaving. I’m not going to have someone threaten me like that…threaten my family like that. No, not worth it,” Sutton shared before adding that it was her co-star, Garcelle Beauvais, who ultimately talked her out of a hasty exit.

“This is serious stuff…which is why I brought it up in December,” Sutton said.

“Look where we are today….and I was right,” Sutton added, referencing the “seriousness” of the case. 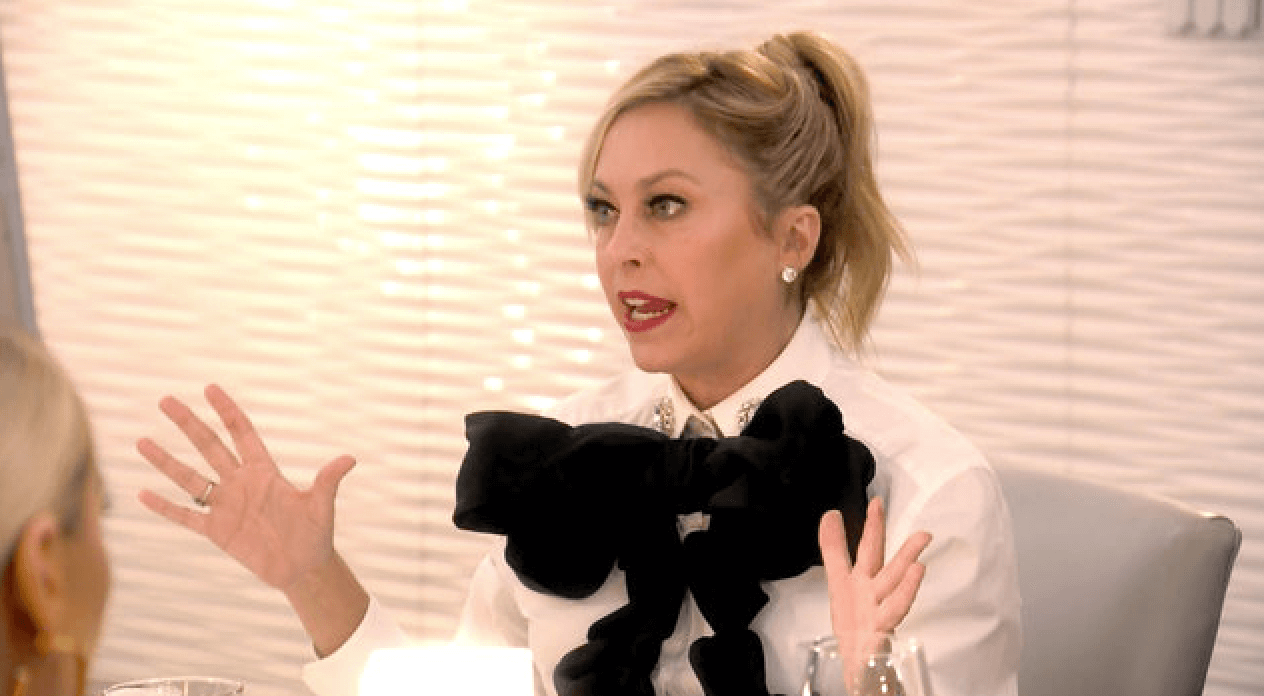 Sutton explained that she was trying to make sure that the cast was “handling this in the best way possible.”

“I don’t think that I was in the wrong to start this conversation with the women,” she added.

Sutton also revealed that she didn’t want to leave the show by being “bullied out.”