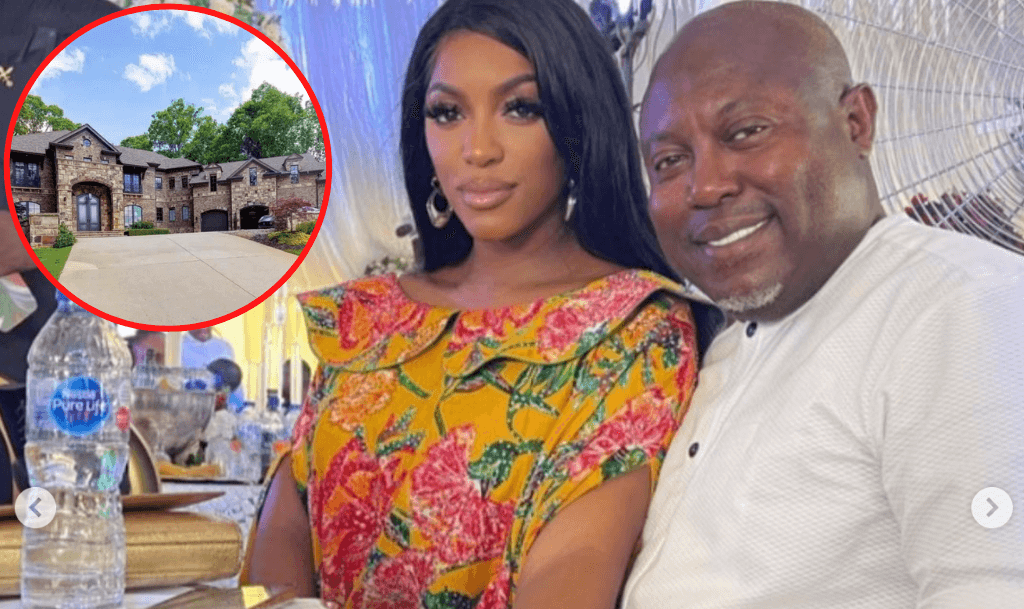 Simon Guobadia, fiancé of Real Housewives of Atlanta star, Porsha Williams, has sold the massive home that he once shared with his ex-wife, Falynn Guobadia. The sale confirms that Simon and Porsha will not begin their marriage in the sprawling Atlanta mansion.

Fans know that Porsha dropped the engagement bomb in May, shortly after her co-star announced that she and Simon were headed for divorce.

The property, which sits in the upscale community of Buckhead, was sold last week for $4.5 million. Simon purchased the property in March 2020 for $3.3 million, per The Sun. The estate hit the market for $5 million amid the businessman’s split from the RHOA newbie.

The 13,500 square-foot mansion is located on 1.33 acres and has a basketball court and a large pool area. A sweeping staircase and crystal chandelier adorn the two-story grand entrance, and the huge kitchen boasts two islands and high-end appliances. The formal living room features one of the property’s five fireplaces, Venetian plaster walls, and impressive wood ceiling beams. The master bedroom features a private sitting area and a balcony, offering a beautiful view of the property. The estate has seven guest bedrooms and a full-size gym, and the master bath comes complete with a jacuzzi tub and a large walk-in shower. The home also boasts a huge wine cellar and a cozy home theater. A luxury cabana and an outdoor kitchen elevate the pool area to one of a mini-resort.

It remains unclear if Simon has moved into Porsha’s home or is staying elsewhere. The duo has been filming a spinoff series about Porsha’s family and the couple’s controversial engagement. Falynn is currently expecting her fourth child with boyfriend, Jaylan Banks.

Porsha dished about the new series during an episode of Bravo’s Chat Room, last month.

The Bravo veteran teased that viewers will soon be able to follow along as she and her fiancé, Simon Guobadia, blend their families on a series she calls “Family Show.”

Porsha spilled some info about her new project after her guest co-host, Mercedes “MJ” Javid, asked for “some exclusive tea.”