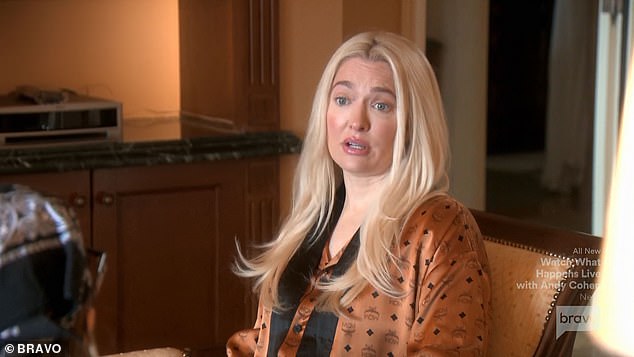 In this episode, the ladies of The Real Housewives of Beverly Hills travel a couple of hours down the California coast for a weekend to Del Mar hosted by Kathy Hilton. Erika Girardi adds more confusion to her claims when she inserts the word allegedly into a conversation. And Sutton Stracke is the target of Erika’s wrath once again.

Kathy talks to Dorit Kemsley while Kathy is going through bags and shoes and trying to pack. Dorit keeps talking (and talking and talking) about what happened with Garcelle Beauvais the night before. Garcelle said in an interview with Ellen DeGeneres, “They’re coming for me, let me just say that. They’re coming for me, but I’m ready.” Then we see a screenshot from February from All About The Tea where the headline is, “Mean Girls Are Coming for Garcelle Beauvais!” Dorit keeps right on talking and Kathy keeps right on semi-listening and getting ready. 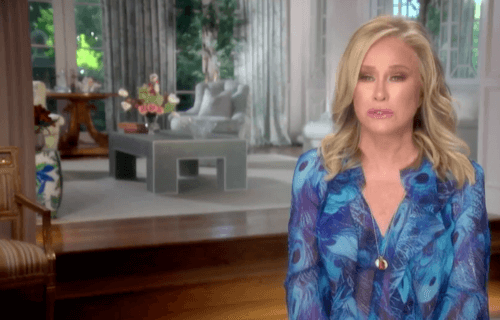 Everyone gathers at Kyle Richards’ house to caravan to Del Mar. Erika shows up and briefly checks in and then uses her dog as an excuse to go ahead of the group. Kathy can’t find her purse. Her staff forgot to put her bag in the car. Because she doesn’t have her phone, she asks Kyle to call Kathy’s house and tell “the lady” that she needs her phone. How does Kathy not know who “the lady” is who works at her house?

The women are staying at the Fairmont Grand Del Mar. As Erika arrives, the hotel staff offers her dog a tennis ball. Sutton hobbles to her room to rest her foot. She’s got to get back into her high heels soon, y’all. Kyle and Kathy are in the presidential suite. The ladies gather for a picnic at La Jolla Cove without Sutton and Garcelle. Sutton went to get her ankle and foot x-rayed. Garcelle is still filming “The Real.” Kyle says, “These sea lions are posing like Dorit does for Instagram.” When a pair start to mate, the women run off. 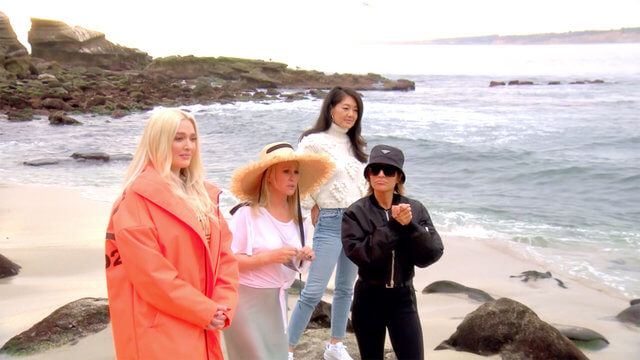 Sutton calls to update the women on her hospital visit, and Erika takes the opportunity to lay it out for the women. Kyle is stirring the pot by telling Erika that Sutton gave an example of Erika lying—the car accident story in La Quinta. Dorit asks again about the head injury. “Erika, what head injury? I know that it was a bad, a worse car accident, and I know he was unconscious for 12 hours…” And Erika interrupts to say, “Allegedly.” Everyone looks stunned that Erika is now saying “allegedly.”

Dorit asks about Tom Girardi, “Was he supposed to have surgery and he didn’t want it?” And Erika says, “He was supposed to have surgery on his ankle to pin it, and I said no because I didn’t want him to go underneath anesthesia. After you have a TBI (traumatic brain injury), you shouldn’t be put under anesthesia.” Dorit thinks Erika is telling the truth, but perhaps not telling all of the information. 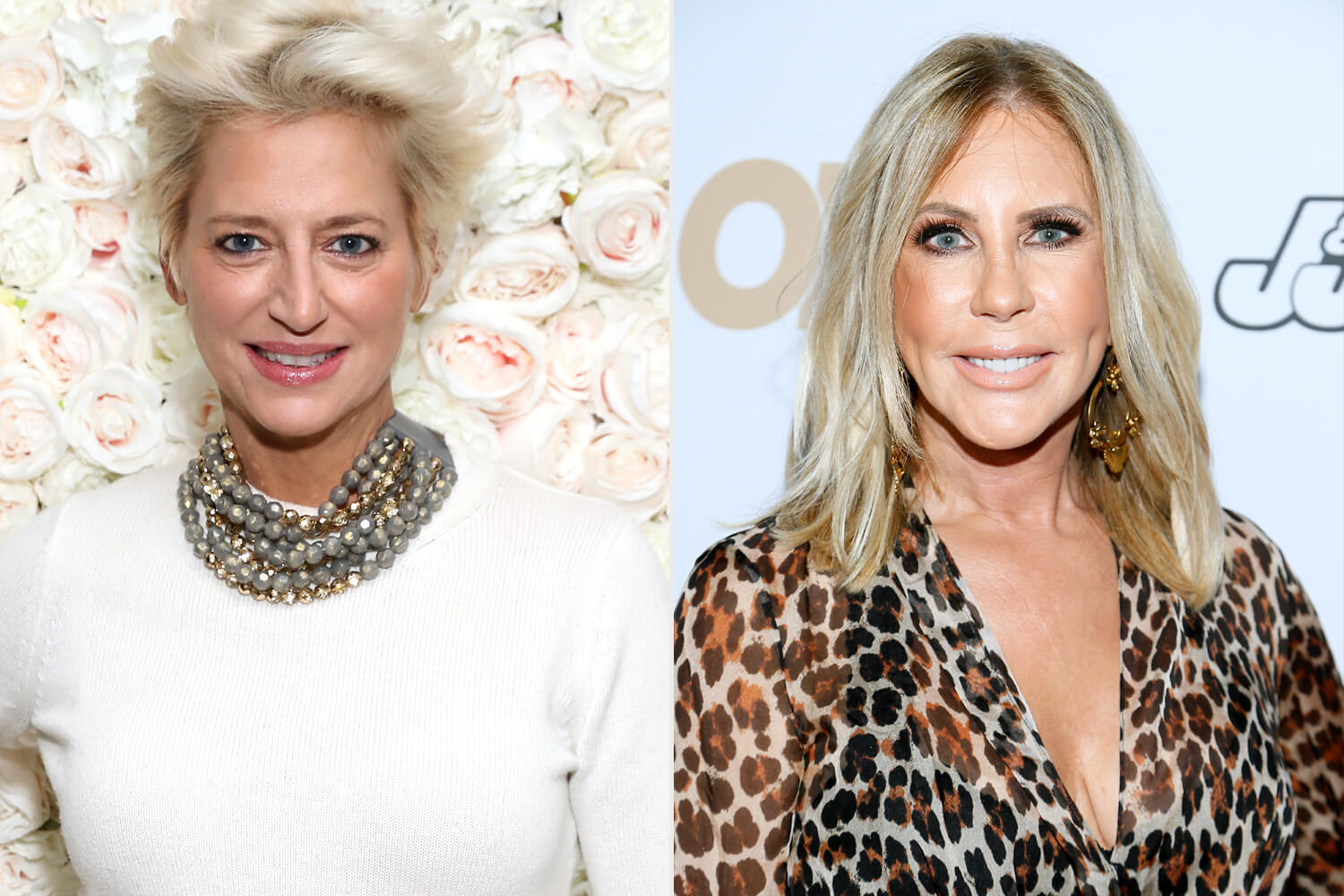 Then Erika announces that there is a competency hearing in the court that day. Kyle is two-faced in her interview when she says what she really thinks about Tom’s competency given what she’s seen. She doesn’t ever say that to Erika’s face. Erika is claiming that after the car accident, she sounded the alarm to the doctors and family that there was a problem with Tom, but she was dismissed. Erika doubles down on threatening Sutton saying, “I don’t care if she thinks I threatened her. She should be threatened.”

Garcelle answers the door of her suite to find Sutton in a wheelchair. Garcelle asks about Erika. Crystal Kung Minkoff told Sutton earlier that Erika had closed the door on their friendship. And Sutton is asking Garcelle if she should knock on the door. Sutton needs to walk away or hobble away from this. 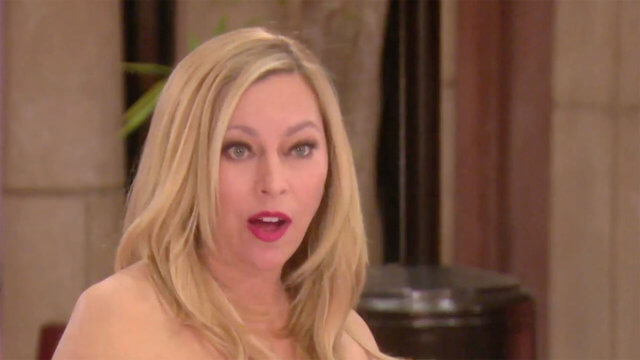 Kathy is hosting a dinner at 8 pm, and at 8:15 in her bathrobe, slippers, and her hair undone, Kathy is trying to figure out how to open a bottle of wine. Garcelle helps Sutton in the wheelchair. Crystal and Lisa Rinna ask Garcelle about work. Erika and Dorit arrive and wonder where Kathy and Kyle are at 8:53. At 8:57, Kathy and Kyle ignore Lisa’s call.

Finally, after 9 p.m., the dinner is underway. Everyone goes around the table to say one word about how they feel. Dorit says “relaxed.” Garcelle says “happy.” Erika says “fearful.” Kathy says “anxious” given all the lingering tension at the table. And just like that, the evening is heading for a landslide of reignited feuds. Sutton and Erika start sparring again. Erika says, “Why are you speaking to me? I have nothing to say to you. Zero.” Erika is baiting Sutton again.

Kathy asks Erika if she can give a little bit of “forgiving” because Sutton chose the wrong word (liar) that night.” And Erika says, “No.” Garcelle says that at Kathy’s house it felt like the attacks were skewed toward Sutton, so Dorit attempts to overexplain that she’s trying to be helpful. And Dorit says to Garcelle, “you have been in this group long enough that you should know… .” Kathy thinks that Dorit is still “carrying that torch” of being upset with the revelation that everyone thinks Dorit talks too much. Kathy is just tired of the back-and-forth. 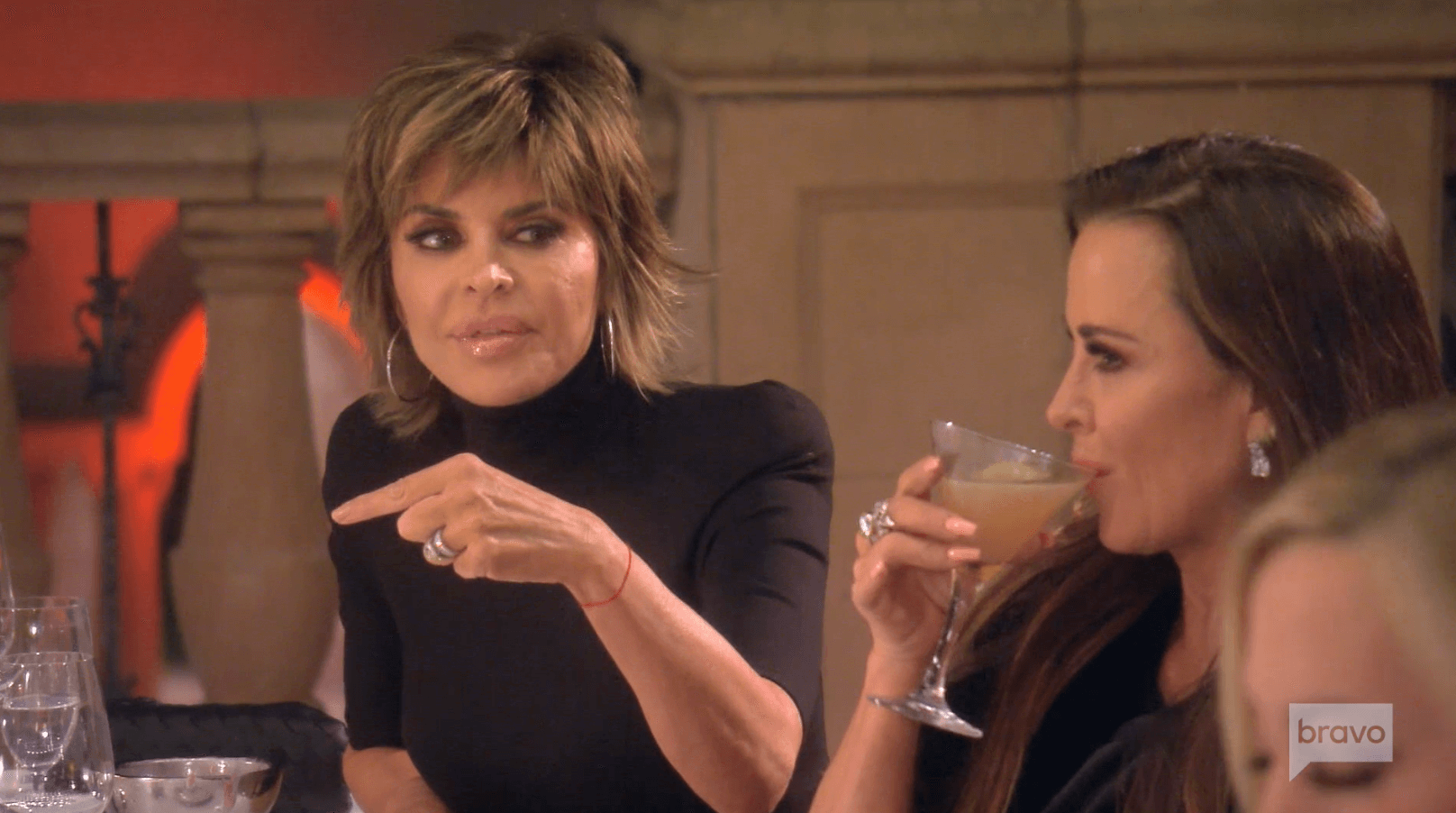 Then Lisa jumps in to stir the pot with Garcelle by says, “Let me ask you a question. You have shared that you don’t feel comfortable in this group.” Garcelle corrects her and says, “accepted.” So, Lisa says, “Do you like the women at this table?” Garcelle says, “Absolutely. Some more than others.” Then Lisa says, “If you really want to feel included, you need to make an effort to be a friend.” Lisa wants Garcelle to say how she feels and not be shady. Garcelle tries again to explain how she doesn’t feel like she fits in. Everyone seems content that Garcelle shared how she felt. As dinner winds down, Kathy wants everyone to come back to her suite, but they just want to go to bed. 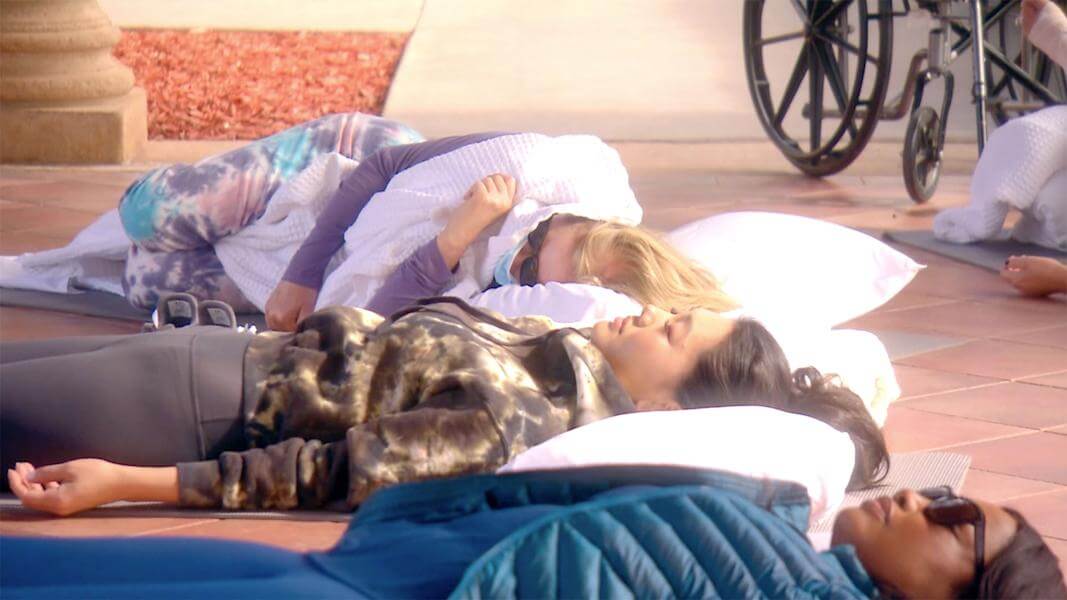 The first activity of the day is a sound bath, a meditative concert for stress reduction. Kathy got the idea from a baby shower that Kim Kardashian had. Erika didn’t show up. The issue hitting the press today is that Tom’s going to have a conservator and possibly go into a facility. Kyle and Lisa go to check on Erika. One part of the article said, “Robert also requested the court to give him the authority to place Tom in a facility that treats neurocognitive disorders such as dementia.” Erika says she’s about to have a nervous breakdown. It reminds her of what happened with her grandmother. Erika is questioning where Tom’s family is. Erika is upset. Although she says she can’t be married to him, she wonders why no one is taking care of him. How does she know that no one is taking care of Tom? Tom’s brother clearly stepped up.