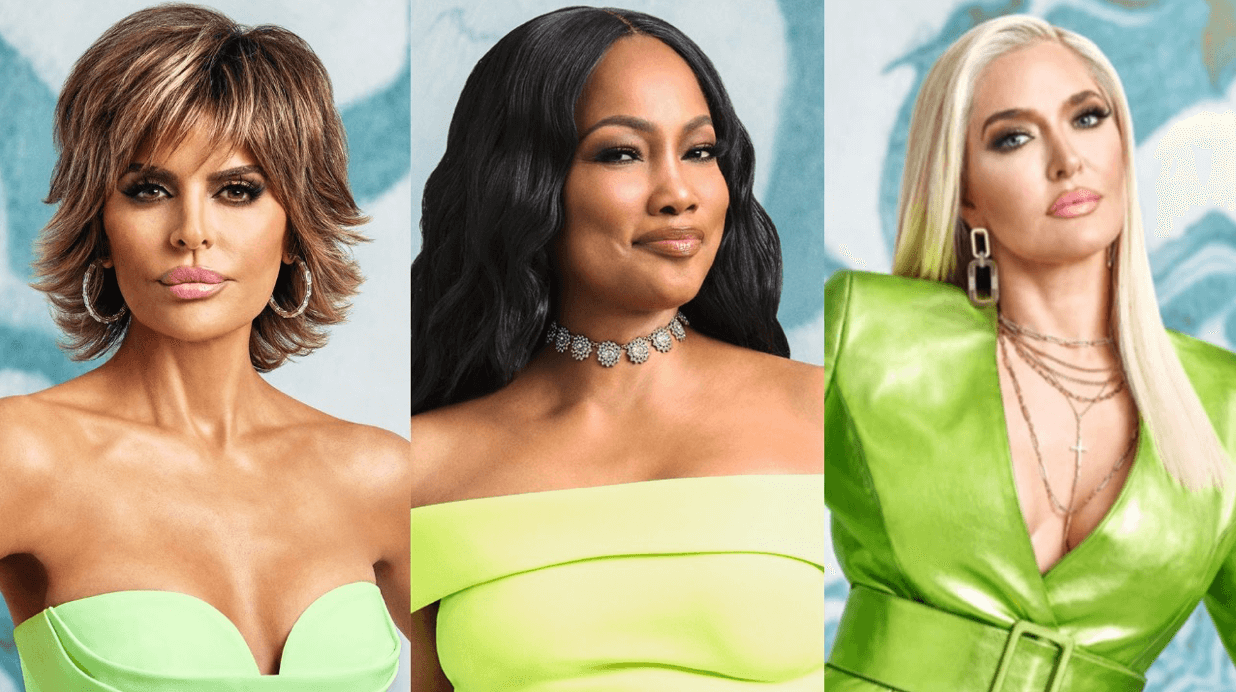 The Real Housewives of Beverly Hills reunion was filmed on September 10, and dramatic details are beginning to emerge about the cast sit-down.

A source dished to Hollywood Life that Lisa Rinna and Garcelle Beauvais “went at it” delivering one of the most dramatic interactions of the day.

“Rinna and Garcelle went at it and they went at each other hard,” our insider revealed. “[Lisa and Garcelle’s fight was one of] the most dramatic moments of the reunion. There was a lot of fighting and yelling that’s been brewing between them all season and it came out.”

Fans know that Garcelle and Rinna started the season on shaky ground, as Garcelle resented the way her co-star handled the scandal surrounding former cast member, Denise Richards, last season. The outlet’s insider reports that Rinna still believes that Garcelle purposely triggered Erika Jayne when she told the others that her estranged ex, Tom Girardi, had been calling her amid their divorce drama. Garcelle denied the accusation at the time, but Rinna reportedly doubled down, during the reunion.

The outlet also reports that there were tense moments between Andy Cohen and Erika.

“Andy went hard on Erika,” the source said. “[Things] got heated between them a couple of times, but [Erika] held her own and answered everything she could answer. She felt good about how she handled herself and [remained] strong.”

Cohen hinted that Erika’s story would be a hot reunion topic during the September 13 episode of his SiriusXM radio show, Radio Andy.

“Well, the drama kept coming up because there were tentacles of the drama that involved, you know, all the ladies,” the Bravo boss said. “I will say, we did a big chunk of her marital drama [with estranged husband Tom Girardi] earlier in the day. And then, I would say the last 90 minutes was a very spirited conversation about the case and what’s going on.”

Fans know that Erika filed for divorce from the fallen lawyer in November. Tom was forced into a Chapter 7 bankruptcy in December, after being hit by accusations of embezzlement from multiple clients and business partners.

He also dished that Garcelle and Dorit Kemsley had words and that Rinna addressed her daughter, Amelia Hamlin’s recent split from Scott Disick.

“There was nothing left on the table, I do not feel,” Cohen told his guest, Tom Hill. “I think when you and I were sitting there, part of the thing that was happening to my brain, which was overextended at that point. But I think that, you know, when you shoot these shows, you’re in there for so long. And I called Doug and Alex, the producers, Saturday when I landed. You’re thinking in your head of things that you maybe wish that you said, or you wonder if you should have said or countered. So, but, ultimately, I feel really good about everything we did.”