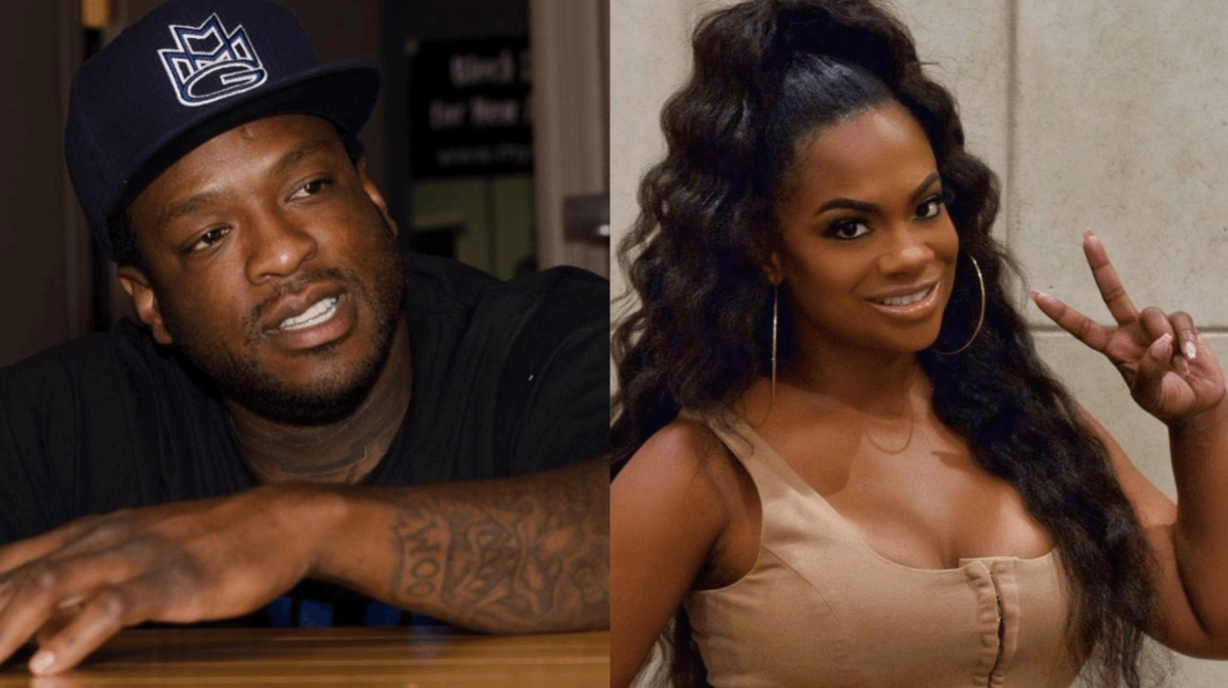 Kandi Burruss’ baby daddy, Russell “Block” Spencer, put the Real Housewives of Atlanta star on blast during a recent interview, alleging that he cut off child support payments for their daughter, Riley, because Kandi supposedly spilled the beans about their relationship to his wife.

MTO News reports that Block dropped bombs during an interview with Atlanta 107.9 while explaining why he had been largely absent from Riley’s life. He claimed that the reality star was only a side chick and that he already had a wife and four kids during their illicit relationship. Block alleged that Kandi told his wife about Riley behind his back, which proved to be a game-changer.

Block claimed—“when I was dealing with Kandi, I already had a family. So then I had a daughter inside of that. Then when you go behind my back and call my girl and tell her you [were] pregnant, you gotta handle that beef yourself. My girl at home said b***h f**k you, you ain’t coming here.”

Block claimed that he paid child support for his daughter until she was 14 years old before his wife demanded that he cut her off.

Kandi clapped back at Block’s “side chick” claim during an April installment of her YouTube series, “Speak On It.” The Xscape singer told Don Juan Clark that Block was actually single during their brief relationship.

“To be clear he was not married to his first baby mama at all. They was never married; they lived together and had kids together. They were never married,” she said.

She added that she had heard rumors that Block was “kicking it” with the mother of his first two kids during their time together, but that he had denied a romantic relationship with his ex.

“Mind you, when I dated him, it was not for a long period of time, and the reason why I found out … like a couple of people had told me that they had heard he was still kicking it with his kid’s mom,” the RHOA star said. “So I asked him multiple times, are you still dating her? And he’s like no.”

“He’s been online telling everybody the story about ‘Oh I called trying to mess up his family.’ I’m like your lying ass. Basically, you messed your own damn family trying to date multiple women at the same time,” Kandi recalled.

Kandi clarified that she only called the mother of Block’s children because of his dishonesty about the status of the relationship. She added that she broke it off with the hip-hop executive after she discovered the truth.

Fans know that Kandi went on to marry Todd Tucker after the pair connected on the set of The Real Housewives of Atlanta. They share two children, Ace, 5, and Blaze, 1.