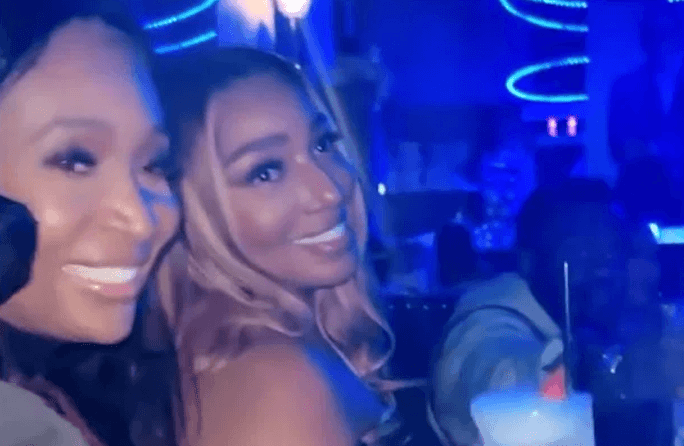 NeNe Leakes reunited with several of her Real Housewives of Atlanta co-stars during a celebration of life event honoring her late husband, Gregg Leakes. NeNe hosted the celebration at her Atlanta club, the Linnethia Lounge, on Monday, September 6. Lisa Wu, Phaedra Parks, Marlo Hampton, Porsha Williams and Eva Marcille all attended to pay tribute to Gregg. Gospel singers, Yolanda Adams, Kim Burrell, and Le’Andria Johnson all performed at the celebration, as did Keke Wyatt.

“Today we celebrate you Gregg with love, just the way you wanted it💔,” NeNe wrote on Instagram on Monday, alongside an affectionate throwback snap.

Tony Dovolani, NeNe’s partner during her stint on Season 18 of “Dancing With the Stars,” offered his condolences writing—“Great man he will be missed.”

Gregg passed away at the age of 66, on Wednesday, September 1, after battling stage 3 colon cancer.

“Today the Leakes family is in deep pain with a broken heart,” NeNe’s rep said in a statement, at the time. “After a long battle with cancer, Gregg Leakes has passed away peacefully in his home surrounded by all of his children, very close loved ones and wife Nene Leakes. We ask that you pray for peace and strength over their family & allow them to mourn in private during this very very difficult time.”

The Bravo alum revealed that her husband was “at home dying” in comments shared during an earlier appearance at her nightclub. A fan captured and posted the video of NeNe’s emotional remarks.

NeNe responded to an attendee who called her rude, for not shouting out a happy birthday message.

“My husband is losing his life at this very moment,” NeNe shared.

Gregg was diagnosed with cancer in June 2018. He had been in remission for two years when the RHOA alum revealed that her husband’s cancer had returned, in June.

Porsha Williams sent her love to the Leakes clan by posting a photo of the couple on Instagram, after hearing the news of Gregg’s death.

NeNe shared a video of Gregg dancing to kick off the memorial tribute.

Gregg and NeNe’s adult son, Brentt, shared a series of Instagram Stories captured inside the event, writing—“Love ya pop.”