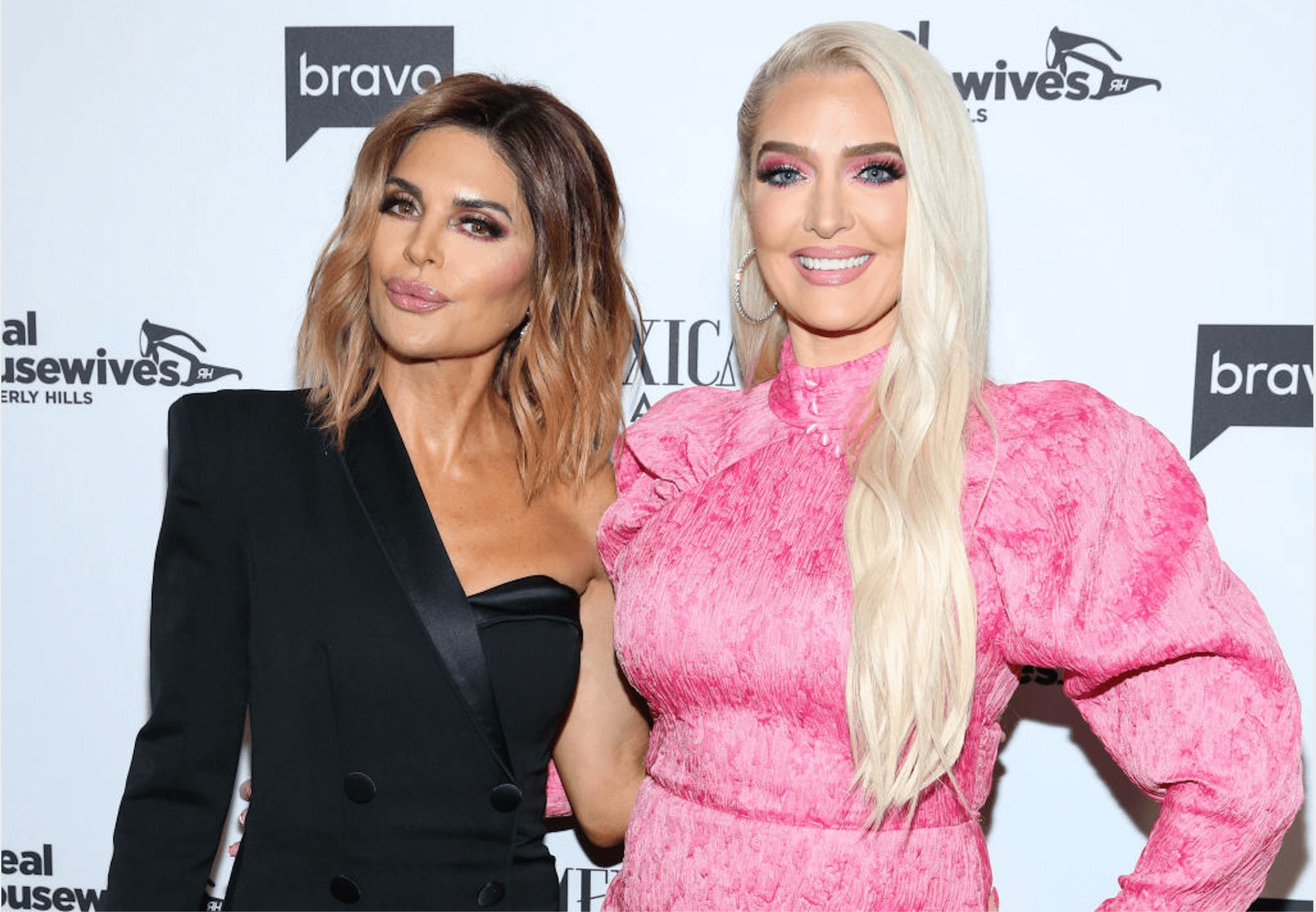 Erika Jayne’s financial records have revealed a possible connection to her Real Housewives of Beverly Hills co-star, Lisa Rinna. It appears that the reality star spent over $100k at a company called DNA Inc, the brand name of Rinna’s daughters’ clothing line.

The “Pretty Mess” performer has been slammed for her alleged involvement in Tom Girardi’s bankruptcy case, amid accusations that her lavish lifestyle was supported by funds transferred from her estranged husband’s law firm, Girardi Keese. The trustee overseeing the case cited a “fraudulent transfer” of assets, in legal documents. Ronald Richards, the attorney investigating the reality star’s finances, believes that  Erika’s company, EJ Global, is nothing but a shell company set up as one moving part of an alleged tax fraud scheme. Richards has accused Erika of owing Tom’s firm $25 million.

“Erika has direct knowledge that for at least 12 years, all of her expenses were being paid by [Girardi’s firm] as she was generating them. Moreover, Erika has repeatedly contended, ‘It is expensive to be me,’” a legal document obtained by People states. “The glam cannot be supported by a sham.”

The filings list several of Erika‘s alleged expenses during the marriage, including $14 million in American Express charges. Funds were used to purchase clothes, bags, shoes, and jewelry, and to pay for a “glam squad” and professional dancers.

One major expenditure was a $156,600 purchase made at DNA Inc. The company’s name might ring a bell with RHOBH fans, because the moniker matches the brand name of the clothing line launched by Rinna’s daughters, Delilah and Amelia Hamlin. The collection was sold in 2019, and the company is currently inactive.

There is an outside chance that a defunct Santa Monica production company called DNA Inc, is the business listed in the filing.

Ronald Richards accused the reality star of hiding asset transfers, amid his investigation. In July, documents were filed which claimed that Erika and two of her companies, EJ Global LLC and Pretty Mess Inc, raked in jewelry and other assets purchased by Girardi Keese funds.

Richards spoke to Radar Online about the alleged connection between Erika and the Hamlin fashion line.

“We have no reason to believe those charges are for any other company than her friend Lisa Rinna’s daughters’ company. It looks like she threw them a large bone with these excessive purchases,” the lawyer told the outlet. “Lisa and Erika have a close relationship including sharing business managers and Lisa has taken an active role in assisting Erika since she left Tom Girardi.”

As reported—Richards plans to grill Rinna, partially due to the reality star’s staunch defense of her co-star. Richards recently discovered that Erika and Rinna share the same business manager.

Richards previously clarified that he singled Rinna out from the cast because the actress has gone to “extreme” measures to defend her co-star.

“Lisa Rinna has gone beyond just saying, ‘Hey, I’m giving her the benefit of the doubt or innocent until proven guilty.’ She’s gone to the further extreme and said, ‘She didn’t do anything. She’s basically innocent,’” Richards said during an appearance on Adam Newell’s YouTube show, “Up and Adam” “Well, is that just a lie or are you sort of grandstanding, or do you have facts?”