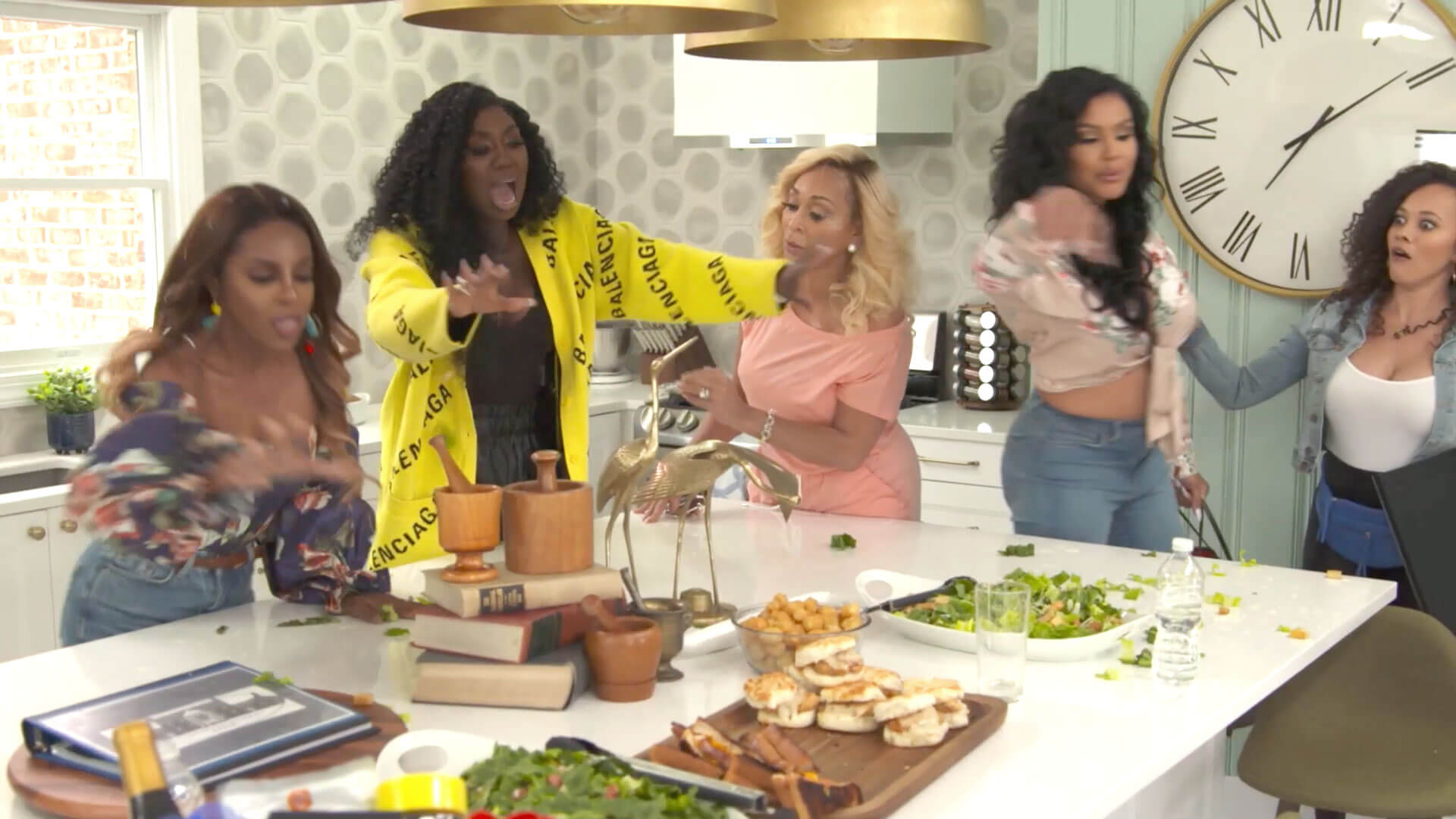 The mid-season trailer for the Real Housewives of Potomac has been released, and there is no shortage of Season 6 drama. The sneak peek focuses on Karen Huger’s 25th-anniversary vow renewal, which brings up discussion about rough spots in Karen’s cast mates’ own love lives. Gizelle Bryant remarks that she “really doesn’t want to do that” when asked about tying the knot again, and Ashley Darby admits that her marriage has hit some bumps.

“Michael [Darby] and I haven’t slept in the same bed for, like, three weeks now,” Ashley reveals. 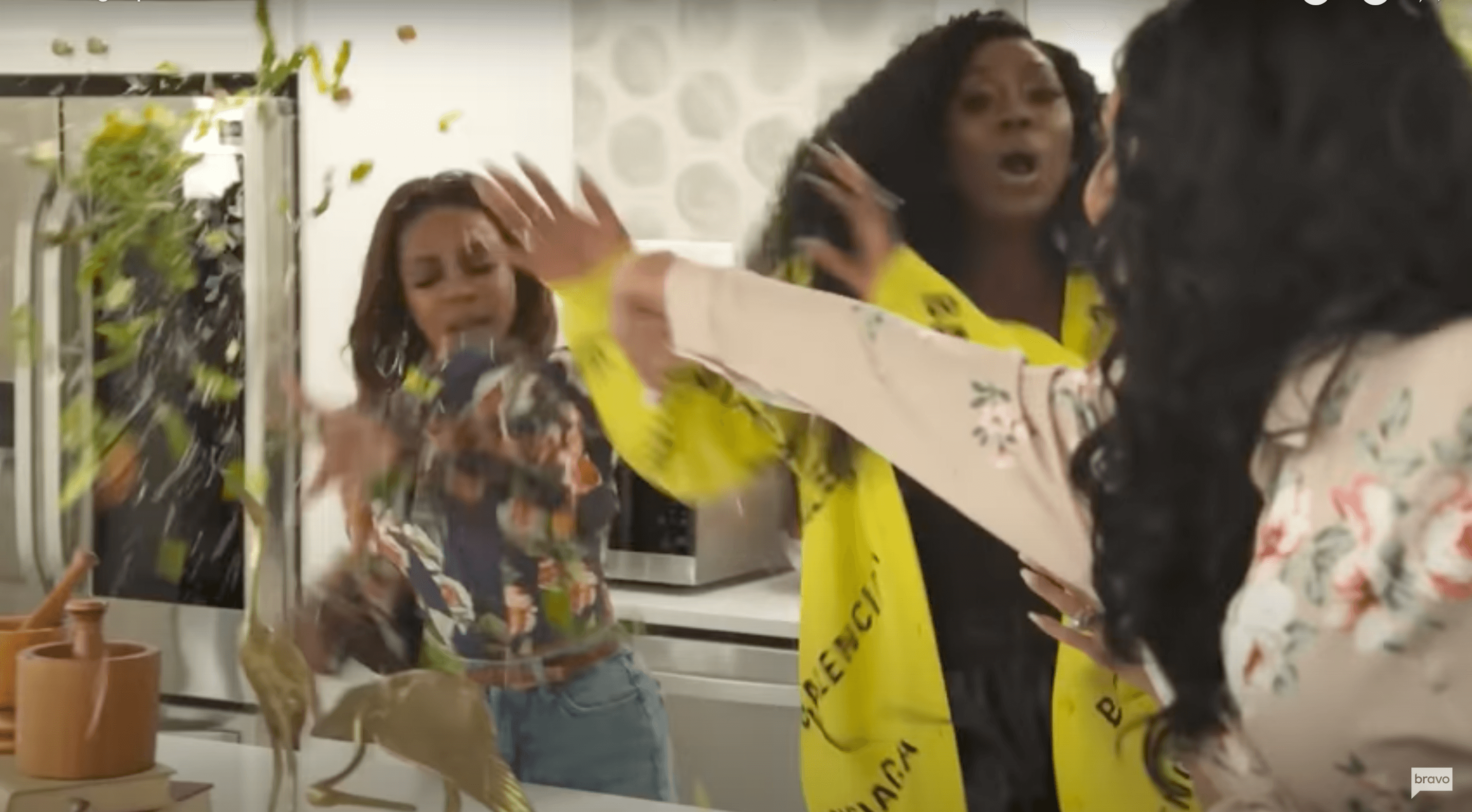 The cheating rumors swirling about Wendy Osefo’s husband, Eddie, remain a hot topic and Candiace Dillard Bassett speaks to “the whitest privilege” amid a disagreement between the husbands. Fans will also hear more from Mia Thornton’s husband, Gordon Thornton.

Candiace gets a salad tossed in her face after she asks Mia “where’s your pimp?” Mia fires back “ho is here,” before flinging the greens at her co-star.

Watch the the Real Housewives of Potomac trailer below!

As reported earlier this month, Nicki Minaj revealed that she wanted to score a gig hosting the Real Housewives of Potomac reunion, this fall. The rapper sounded off about hosting the Season 6 sit-down, and it appeared that reunion regular, Andy Cohen, was considering the host swap.

RHOP cast members weighed in on the idea, sharing their own thoughts in the post’s comment section. 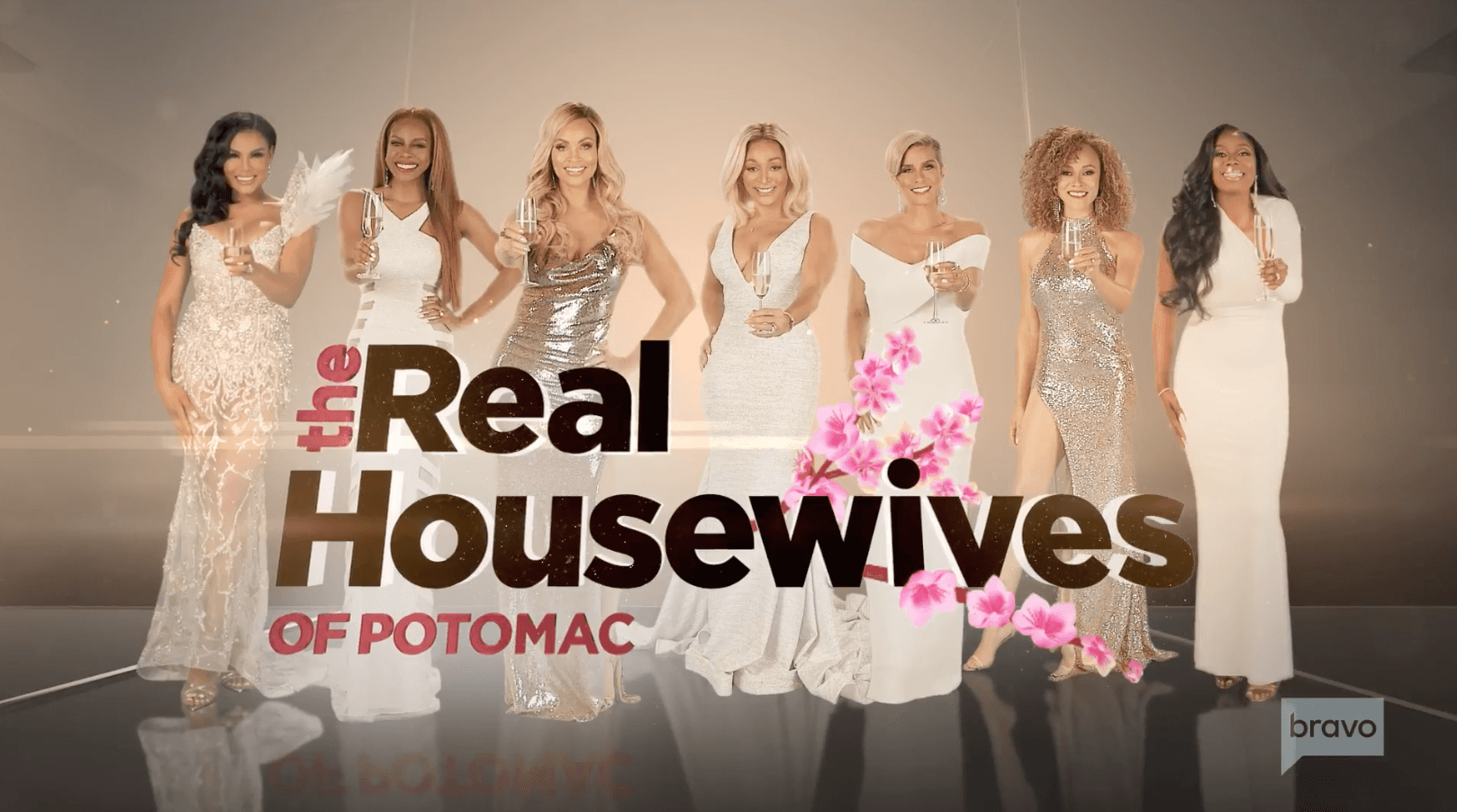 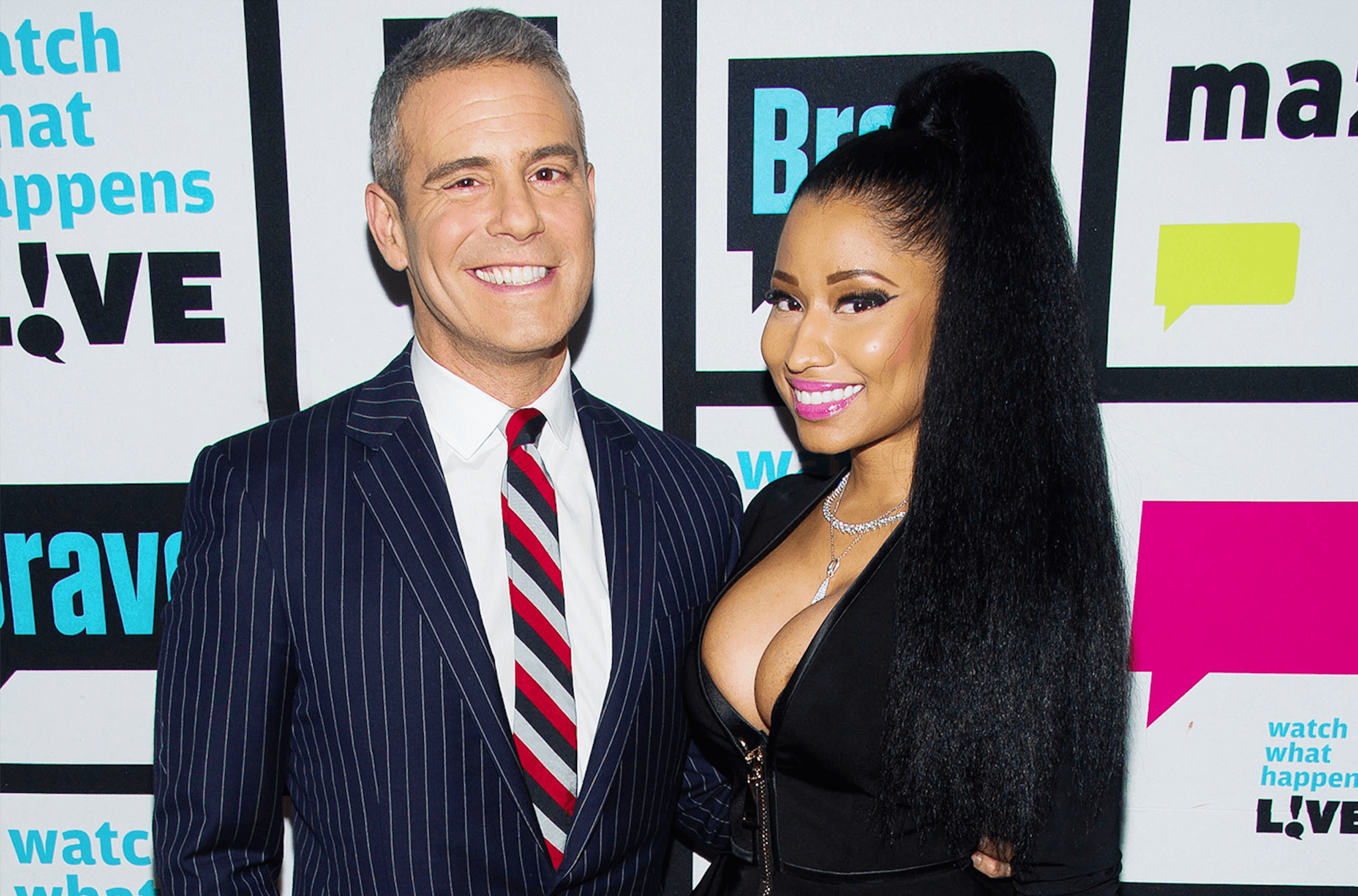 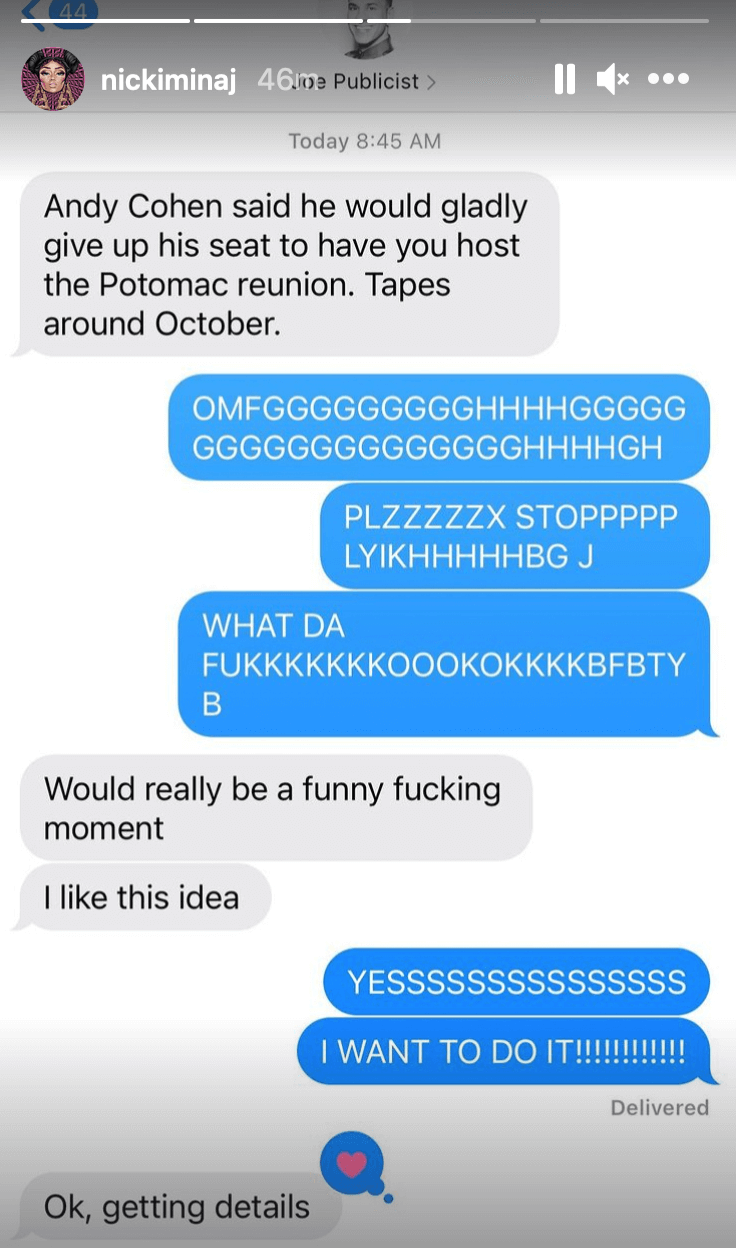 “Would be a really f—— funny moment,” he added in a second message. “I like this idea.”