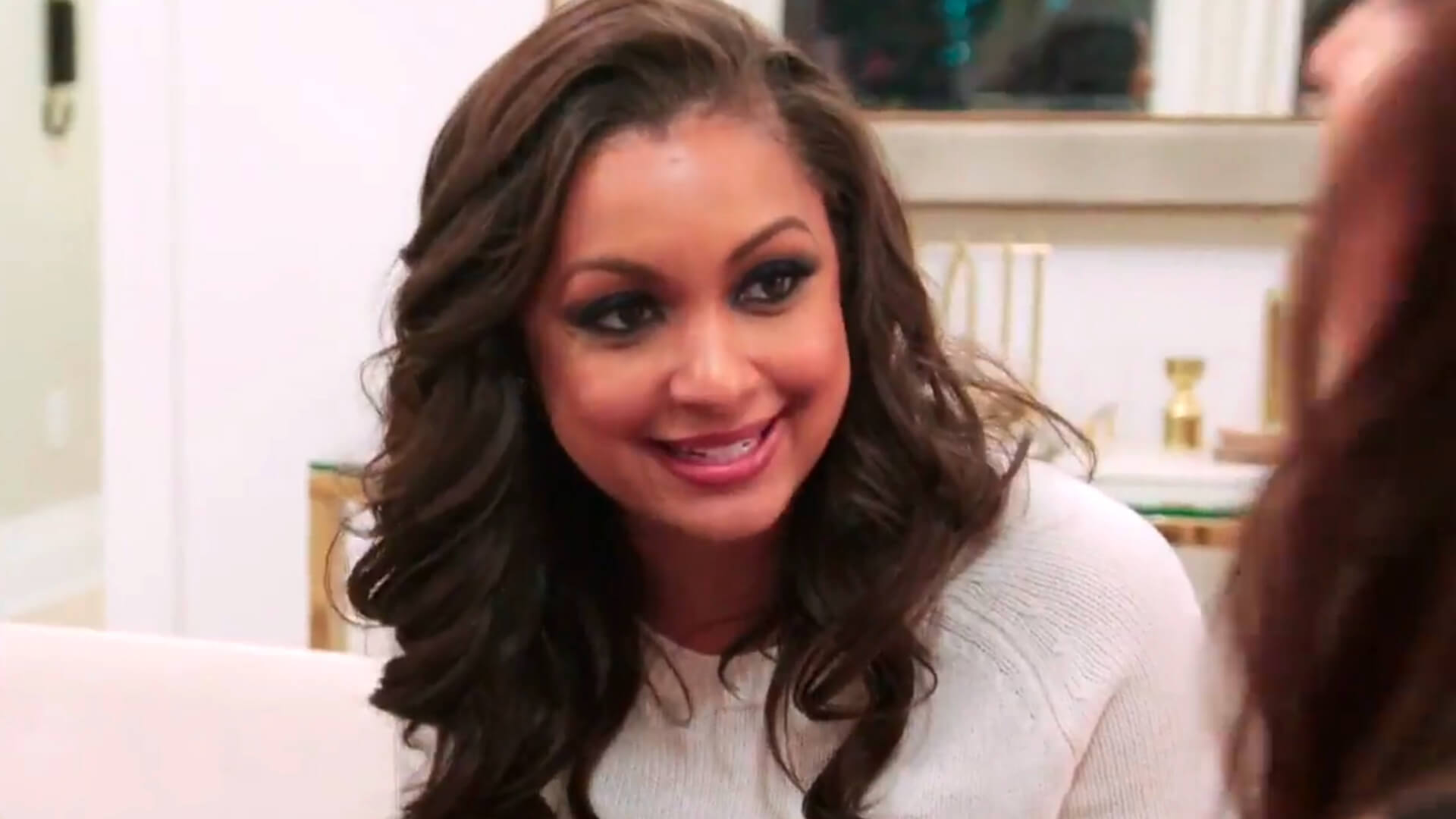 This week on The Real Housewives of New York City, there is a continuation and fallout from the “don’t say that” Black Shabbat dinner, and the ladies are more worried about Sonja Morgan than ever. Eboni K. Williams receives some news about her potential biological father(s). Will Ramona Singer ever find food?

In the kitchen, Ramona finds “her plate” and starts eating while talking to one of the caterers about how the world is changing and it’s hard to keep up. Luann de Lesseps is embarrassed by the whole display of inappropriateness. At this moment, we could use a little lecture from The Countess. As Leah McSweeney leaves the Zoom call, the host, Archie Gottesman, from JewBelong tries to refocus the group on the meaning of Shabbat. While the prayers are ongoing, Sonja is trying to grab the tequila.

In front of Ramona, Archie asks if Eboni is ok. Eboni says, “I just want my friends to see what we do. We do this routinely. It’s hard. And in many ways, Ramona’s outburst was accurate because everyone doesn’t get what we do.” Eboni lectures again. Ramona is eating now, so she says, “I understand.” As Archie goes back to reading, Ramona says, “I don’t want to read anymore. I want talking now. I like conversation.” Archie asks everyone to turn to the question on page 20 and choose one. Sonja is clearly drunk and goes on and on and on, in circles trying to answer her question. When Ramona interrupts Sonja and says, “Next question.” Sonja calls her a jealous bitch. Sonja goes off on Ramona and starts banging the table.

Archie gives Eboni a look of desperation and says, “Eboni!” wanting her to intervene. But Eboni just looks like this is business as usual. As Sonja storms off and Luann follows, Eboni tells Archie to continue on with Shabbat dinner. Sonja keeps yelling from the other room. Eboni says that they are going to “time out on the white people for tonight and we are going to go with the black people.” Ramona makes a joke (she thought) that they are going to be segregated. Dionne says, “We’ve been segregated.” Archie has her head in her hands in defeat. Ramona points to her zebra-striped dress and says, “I am white and black. I go both ways.” Brian tries to step in and gives the floor to Linara to answer a question. Linara retells her story of being in extreme pain with an issue with uterine fibroids. She felt that the doctors mistreated her because she was black and by assuming she was seeking drugs. She was in pain so long, it induced early labor. Ramona interrupts Linara to go into her own story about labor and pain and how a black nurse denied her pain medicine. Sonja has rejoined the group and again tries to “explain” things to Ramona. Then Eboni chimes in, “What Ramona doesn’t realize… at some point your questioning feels adversarial.” As Archie tries again to regain control yet again, Ramona stands up and asks, “Are we closing this up soon.” Then Eboni says, “Nobody that doesn’t want to be here should be here. I’m not holding anybody hostage at G-d damn Black Shabbat. If you don’t want to be here and listen to the spiritual work being done, get the f- out.”  Someone from production books Ramona an Uber.

Before Ramona leaves, she rejoins the group to answer her question… what would she change about herself if she could change one thing? Ramona wants to be less unfiltered. Then production pulls the most epic montage of unfiltered Ramona. And then, like all New York City Housewives dinners, Sonja apologizes for losing it on Ramona. Then Ramona and Sonja do their dance and say things like “family” and “love you” and grab each other’s rear ends and hug.

The next day, Luann stops by Ramona’s apartment. The conversation is not about Ramona’s horrible behavior, but it’s all about Sonja. In Luann’s production interview, she says Ramona is deflecting, but will she say it to her face? Luann tries to tell Ramona how rude she was. Ramona talks over her. Ramona’s takeaway is that she should never drink on an empty stomach, but we all saw her eating her way to New Jersey on the hour and a half drive.

Eboni joins Sonja (and her flock of interns) at Sonja’s townhouse. Sonja starts with an apology. Eboni tries to coach her about her behavior while Sonja’s dog grabs food from the snack tray. Archie had called Eboni to tell her that Sonja peed in her driveway. Sonja says that she peed behind the bus. Every season that happens. Archie probably saw it on her security camera or maybe the mortified guests had one more show on their way out the door.

Luann is meeting with some ladies from the charity she supports, Fortune Society. Eboni and Ramona are coming. While Luann waits, she Facetimes with Leah who is still in quarantine from her Covid exposure. Meanwhile, Sonja is talking to her interns about poop and snaking the toilets. Vilma, Christina, and Mirta give Luann an update on the progress and successes of their program. Christina tells the group that she was 17 when she went to jail. Christina tries to tell how she was charged with conspiracy in a murder. Then Ramona tries to jump in. Everyone tries their best to get Ramona to just listen instead of interrogating Christina. Christina says that the system sucks and she spent three and a half years in prison after pleading guilty. Each of the women from Fortune Society shares stories of what happened in their lives and how they have overcome it.

Ramona diverts the conversation to how can she intervene when “a friend” is “going down a rabbit hole.” These women encourage Ramona to let “her friend” realize she needs help. The Luann drops all pretense and mentions Sonja by name. Ramona doesn’t want Sonja to hit “rock bottom.” Eboni and Ramona steer the conversation toward how much the two of them are alike. Luann’s face is priceless. And the Fortune Society ladies are probably wondering why they are still there.

Meanwhile, after quarantining, Rob Cristofaro brings Kier to see her mom. Kier goes to her room. And Leah and Rob attempt to navigate high school admissions. Rob thinks it’s crazy to go to high school at college prices. Leah says that this is the type of thing that she works her a$$ off to provide. Leah says she is going to set aside “elitism” and focus on the education that Kier is going to get. On the way out the door, Rob says to Kier, “Make sure your mother behaves.”

Where is Bershan Shaw? Are we ever going to see Heather Thomson again?

Eboni is meeting with her genetic investigator, Linda. Eboni is both excited and nervous. Eboni tested at AncestryDNA. Linda has determined there are set of three brothers who are candidates for Eboni’s father. All three men are alive. Eboni seems excited that she has a father. Linda believes one is a stronger candidate based on his age. No one is mentioning that Eboni’s mom would know which man. Linda says that he’s married and has two daughters. Linda also mentions that a potential half-sister and her father bear a strong resemblance to Eboni.

Next time, Leah’s brother and parents have an awkward dinner about her drug use in high school. And for some unknown reason, the ladies are wearing pink feather boas and a game of pin the tail on Harry Dubin.