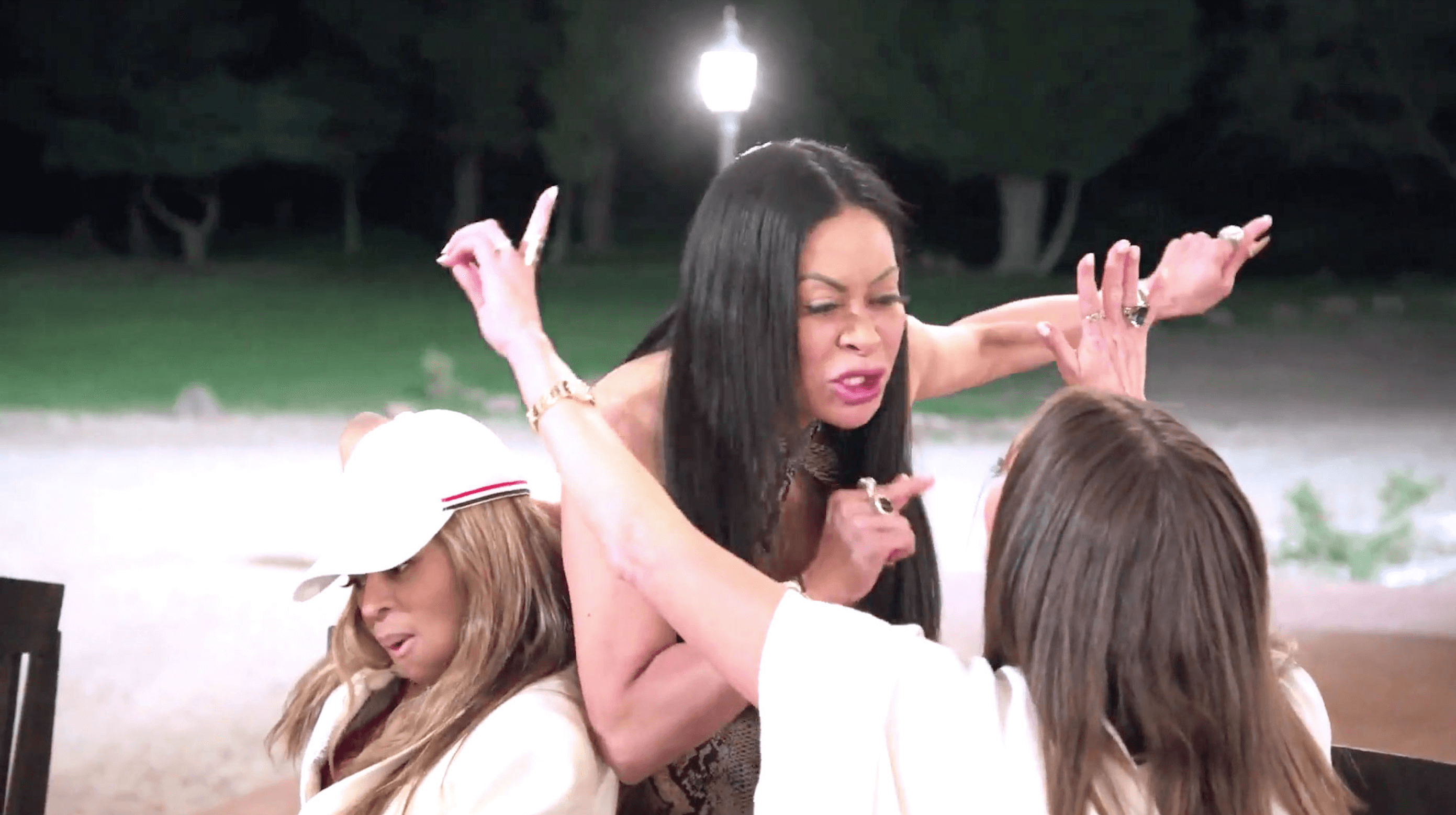 The Real Housewives of Salt Lake City is BACK. A new cast member is in the mix and friendships are tested when the focus shifts to the bombshell allegations against Jen Shah.

“Do you want to be friends with her or not?” Jennie asks Jen, before ordering her to “shut the f— up.”

Heather, who is overhearing the exchange from across the room, remarks—”Jennie is throwing down.”

Viewers will meet Jennie’s husband, Duy, who puts in a request for more children.

“But you know my feelings towards that,” Jennie says, before becoming “pissed” when her husband suggests adding a “sister wife” to the reproductive mix.

Meredith’s son, Brooks, reveals that he has ongoing issues with Jen, telling his mom—”Jen has continued to like tweets about me. She liked a tweet saying, ‘I want Jen to slap Brooks and call him a sissy bitch.’”

Meredith loudly informs Jen in the next scene—”I can’t listen to the projecting, deflecting and lying anymore.”

“I’m trying to defend my f—ing vagina,” Jen yells back.

Whitney later dishes that rumors are circulating accusing Mary of being a cult leader.

“I’m not God, I worship the God in me,” Mary tells Lisa before we learn that she meets with a man who claims otherwise.

“Is it a cult? Yes. Does she call herself God? Yes,” he comments.

Things take a dramatic turn when the narrative shifts to Jen’s explosive legal issues. Fans of the show know that she and her assistant, Stuart Smith, were arrested in March and charged with wire fraud and money laundering, in connection to a nationwide telemarketing scam. Jen and Stuart both pleaded not guilty in April, and the trial is set for October.

Jen becomes emotional when speaking about her possible prison stint and the idea of not seeing her two sons for “eight years.”

“Do you know how f—ing scared I am?” Jen asks her husband.

Jen and Meredith get into a blowout argument after Meredith is accused of playing a role in the legal drama.

“It looks like you might have something to do with the fact that Jen was indicted,” Whitney tells Meredith.

“I swear to God, if you have anything to do with the bulls— charges against me, Meredith, you’re f—ing disgusting,” Jen screeches in her co-star’s face.

“Who’s calling who a fraud? Love you, baby, bye,” Meredith snarks, walking away.

Jen’s attorney informs his client that the “U.S. Attorney’s Office is no joke,” as the trailer concludes.

The Real Housewives of Salt Lake City Season 2 premieres on September 12 at 9 pm, ET on Bravo.