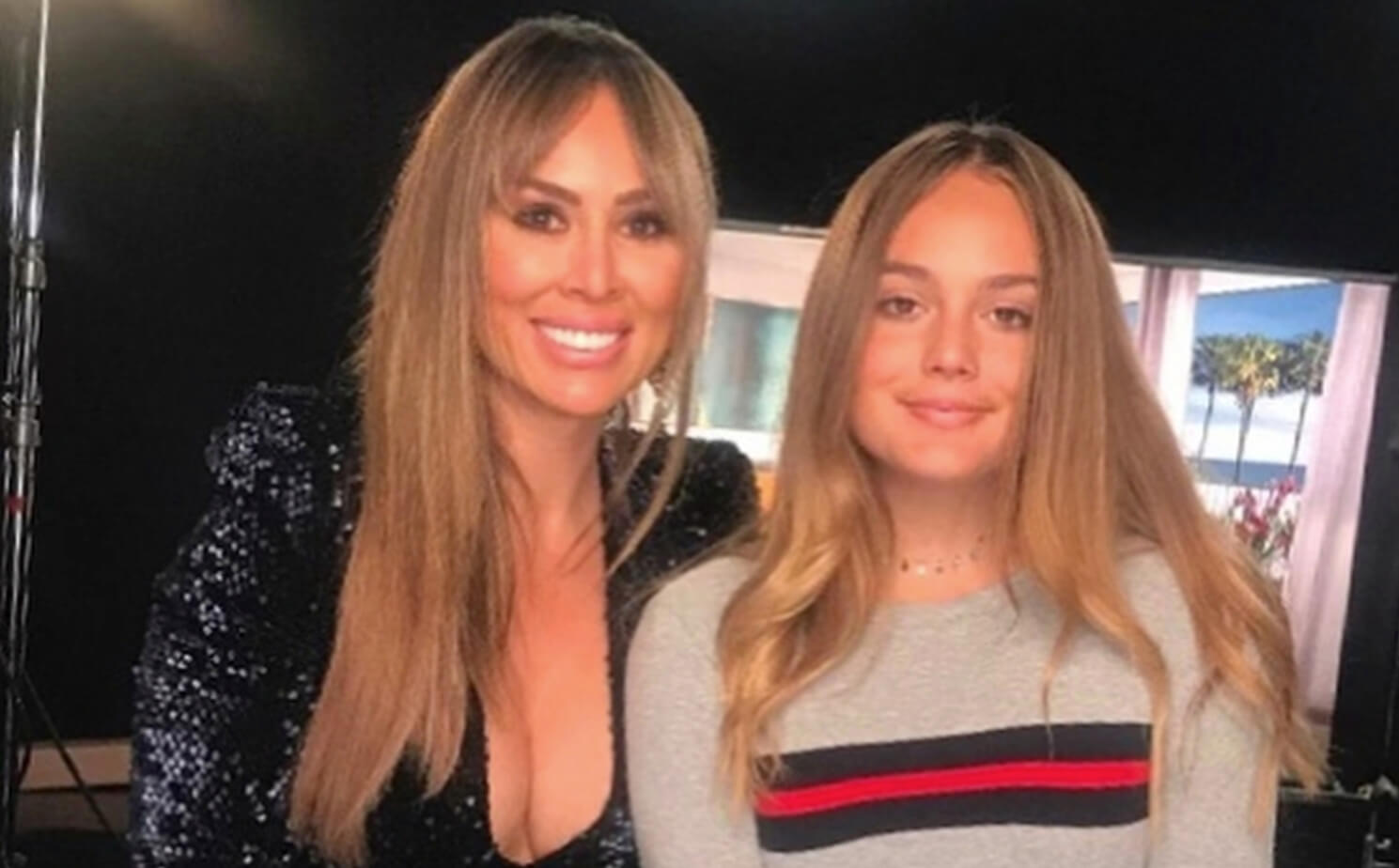 Kelly Dodd has been hit by fan backlash after posting an altered selfie alongside her 15-year-old daughter, Jolie Dodd. The Real Housewives of Orange County alum was blasted by fans who advised her to “drop the FaceTune” after she posted the heavily filtered snap.

Kelly, who was axed by Bravo in June, posted a selfie with the teen that sparked lots of criticism from outspoken followers. The photo was blurred and filtered to make Kelly’s eyes appear larger than normal. Fans demanded that the 45-year-old reality star cut the heavy edit on her naturally pretty teenage daughter.

“Drop the filter! You are beautiful!” one fan said.

“Facetune so not needed,” another naysayer added.

Kelly shared other snaps in the same post, one captured alongside her friend Asia Jones. She also shared two Newport Beach photos snapped with her husband, Rick Leventhal, rocking tight Fendi pants and a pair of Gucci sunglasses. 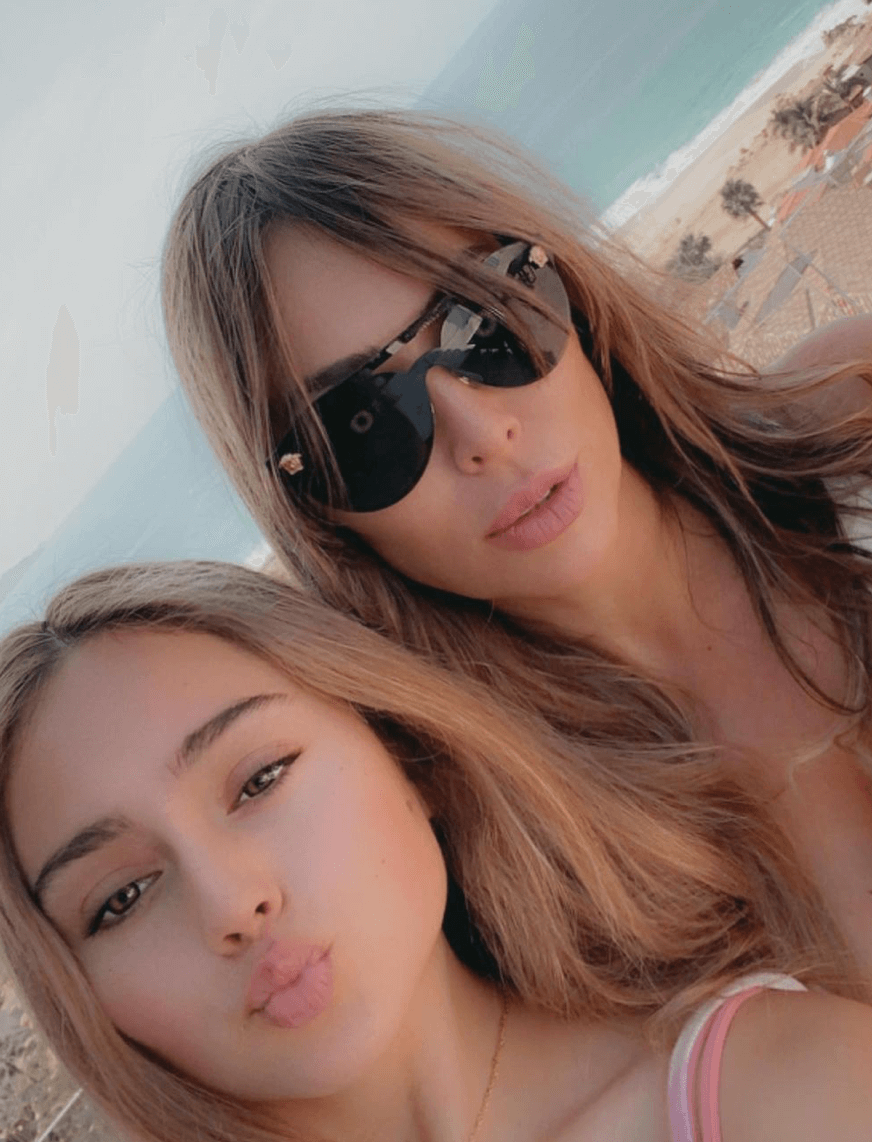 Kelly fired back at a report by The Sun that addressed the filtered photo, on Instagram.

“Do you @thesun seriously have nothing better to write about than our use of a Snapchat filter on a Instagram photo ??? FYI it’s what kids do these days they play with the filters ! Also, comparing her today to a photo from the 7th grade is ridiculous!!! Kids grow up their bodies change she’s becoming a young woman .. thanks for noticing .. Btw, the other photos in that post were not filtered.. Maybe, now you can write about something more important,” Kelly ranted, on Monday. 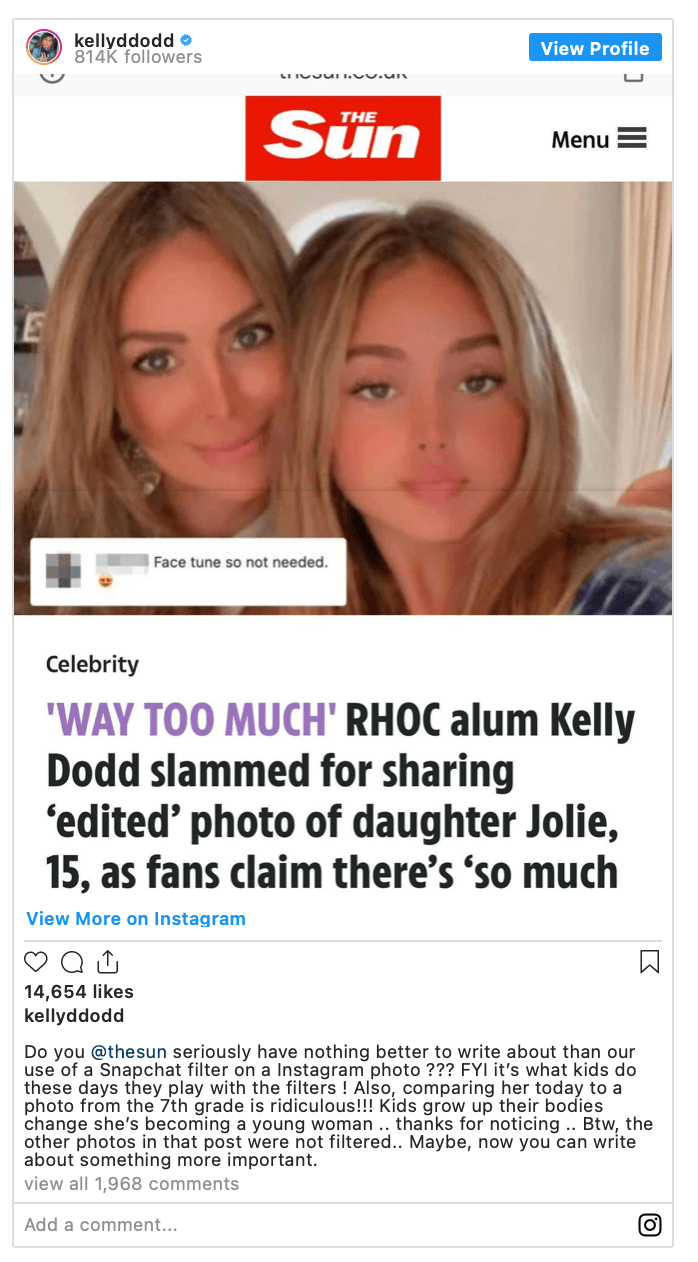 Bravo stunned viewers when they announced that they were shaking up the cast and firing Kelly, Braunwyn Windham-Burke, and Elizabeth Lyn Vargas. Many fans supported the move, as Kelly stirred up controversy during the most recent season.

“Kelly‘s comments about Covid, Black Lives Matter and other political and social issues was ultimately the reason she was let go,” a source told The Sun. “She’s very upset, of course. She feels she was treated unfairly but is excited for her next projects, her career is just taking off.”

Bravo also announced that they were bringing back Heather Dubrow, who clashed with Kelly back in 2016. Heather was a full-time cast member from Season 7-11. 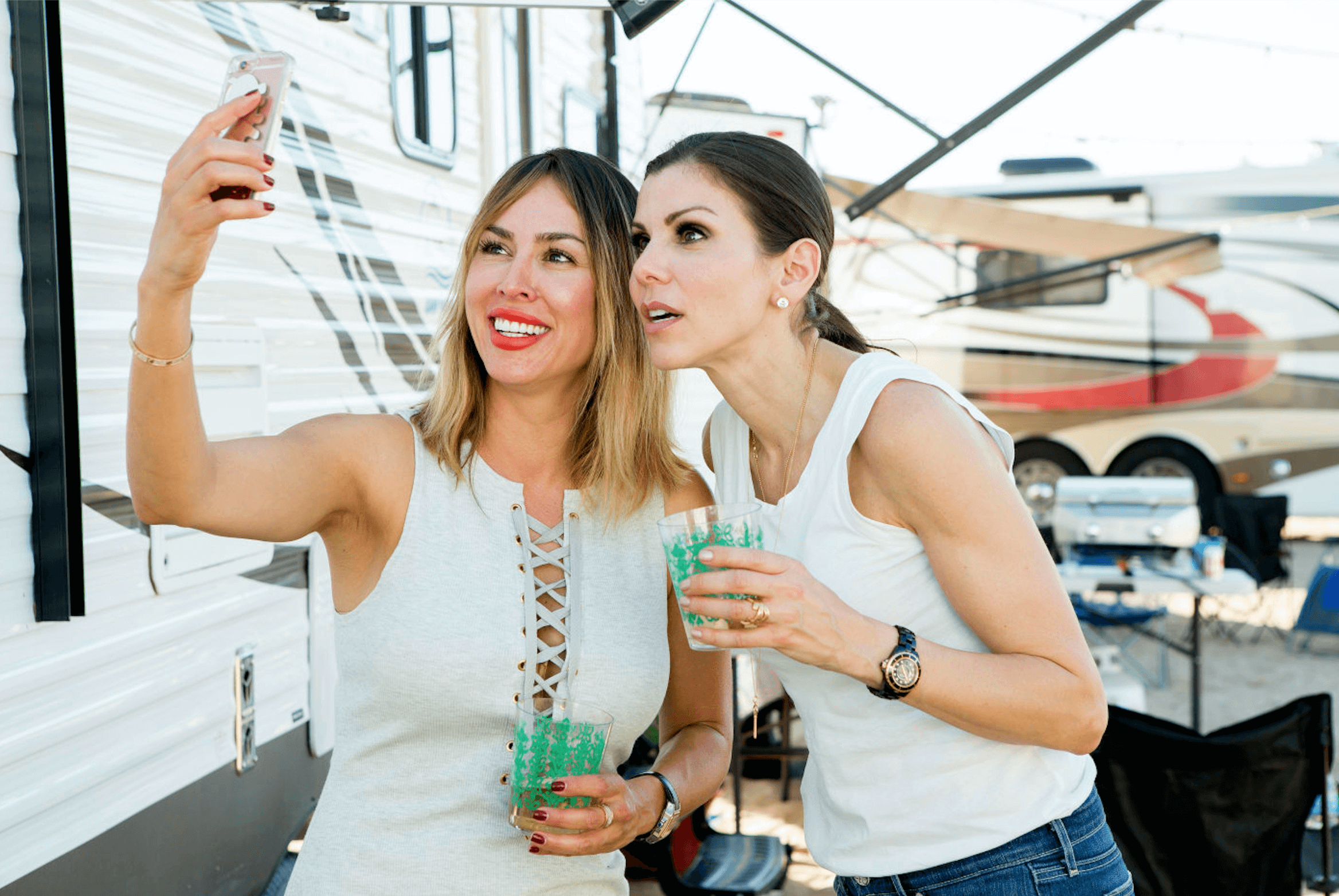 “There’s definitely resentment about Heather coming back in her place, Kelly‘s not happy about that,” the snitch dished. “But she ultimately wishes the show well and wants to move forward with her life.”

Kelly was reportedly surprised to learn that she was not a fan favorite, because of her supportive Instagram followers. Kelly has 828k followers, and many fans have offered messages of support, even offering to boycott the show in Kelly’s absence.