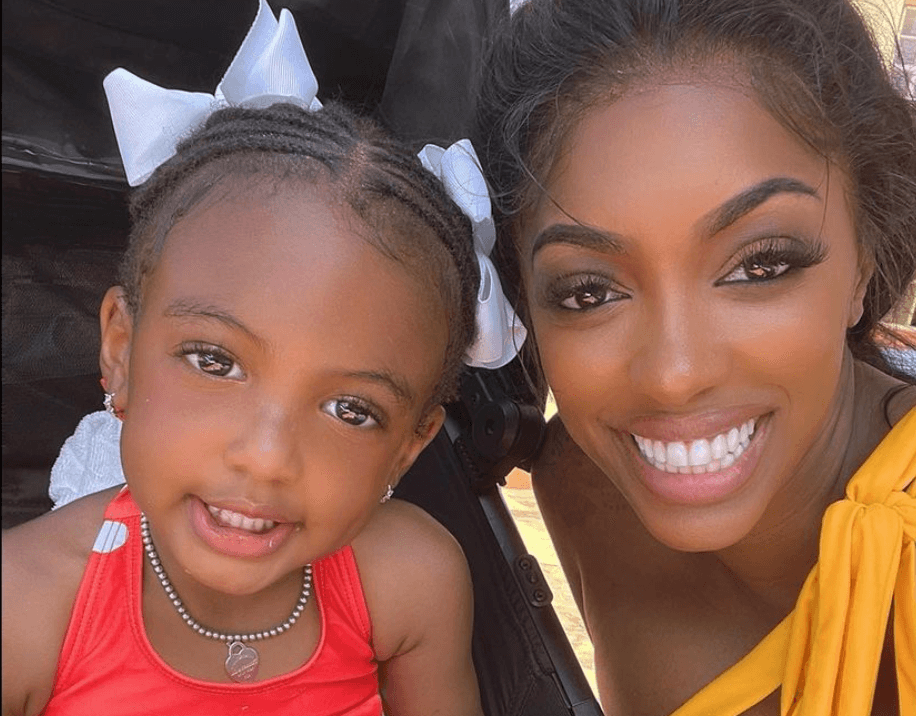 Porsha Williams has a thankful heart following her daughter, Pilar Jhena McKinley’s surgical procedure. The Real Housewives of Atlanta star recently took to Instagram to share that her 2-year-old daughter had been hospitalized in order to have her tonsils and adenoids removed.

“I want to take a moment and thank God for [my daughter’s] continued healing after having her tonsils [and] adenoids removed. This is such a hard [recovery] for [new] parents to watch but I remain calm in trusting God,” Porsha wrote on Instagram, on Tuesday. “Lil [PJ] is so strong and she has been able to weather the ups and downs of this recovery like a lil champ.”

Porsha added that her heart went out to other parents with children in the hospital. 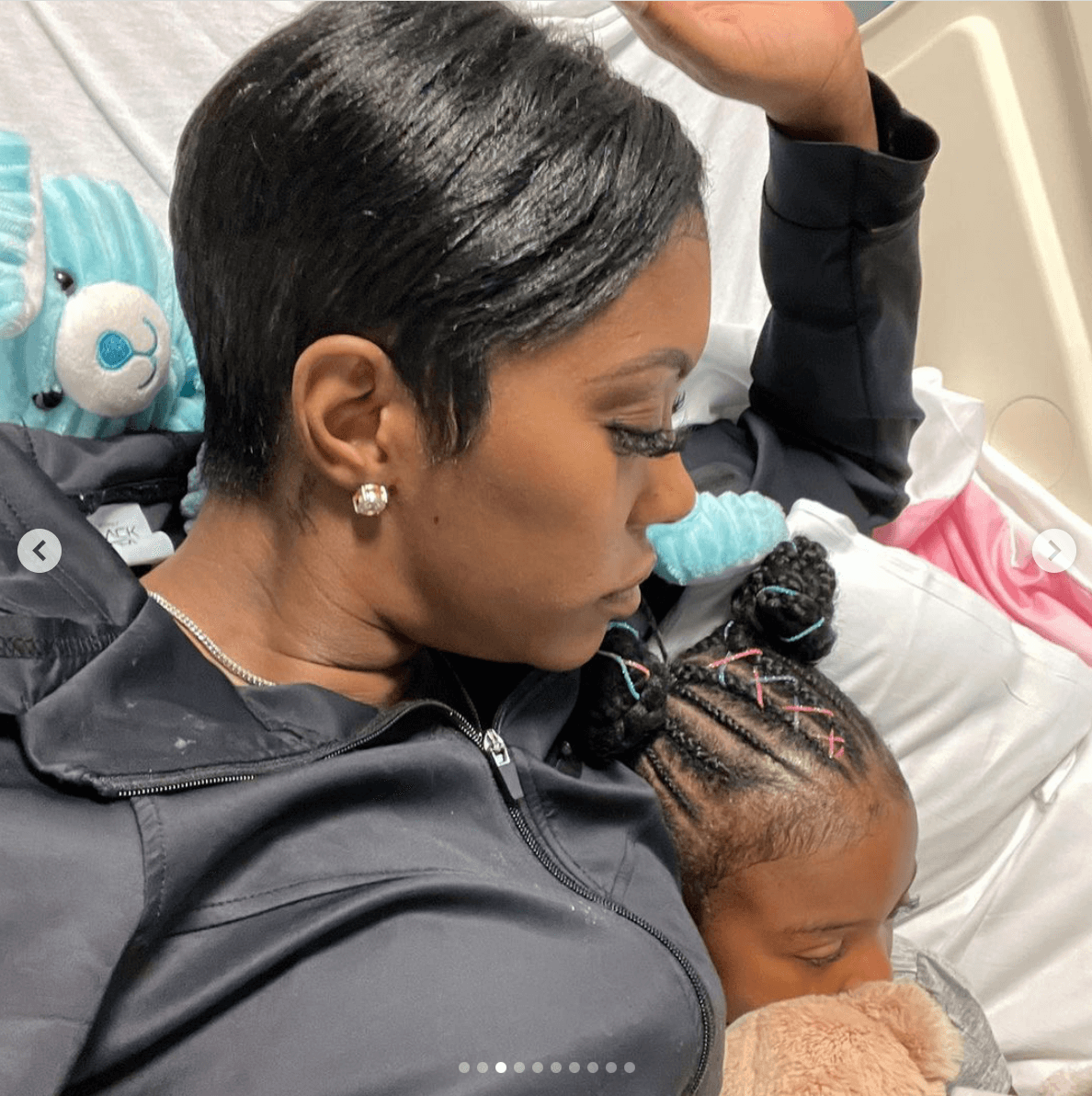 “I can’t help but want to also pray for the many other parents of children who were at her hospital I pray [God’s] angels continue to watch over those babies and that they have a full recovery!” the reality star said.

The Bravo star concluded her post by expressing gratitude to all those who have reached out with support after hearing about PJ’s surgery.

“Thank you to all family and friends who have text[ed] and sent flowers. I love you and it is much appreciated!” Porsha shared. “[PJ] is still kinda in the thick of it after a week in hospital but she’s doing much, much better. If you have been through this surgery before you know toddlers can be a lil stubborn but with love and encouragement they make it through. Love you lil pooh bear @pilarjhena.”

Porsha shared several photos snapped in PJ’s hospital room, where the toddler has passed the time snacking on apple juice, playing with stuffed animals, and decorating her mom’s nails with stickers. Her father, Dennis McKinley and her grandmother, Porsha’s mom, Diane, have also been by PJ’s side.

PJ’s surgery followed a summer full of fun, with beach outings and travel days spent with her mom and her future stepfather, Simon Guobadia. Porsha also took PJ along on a July visit to the new location of Hosea Helps, the family’s non-profit organization. 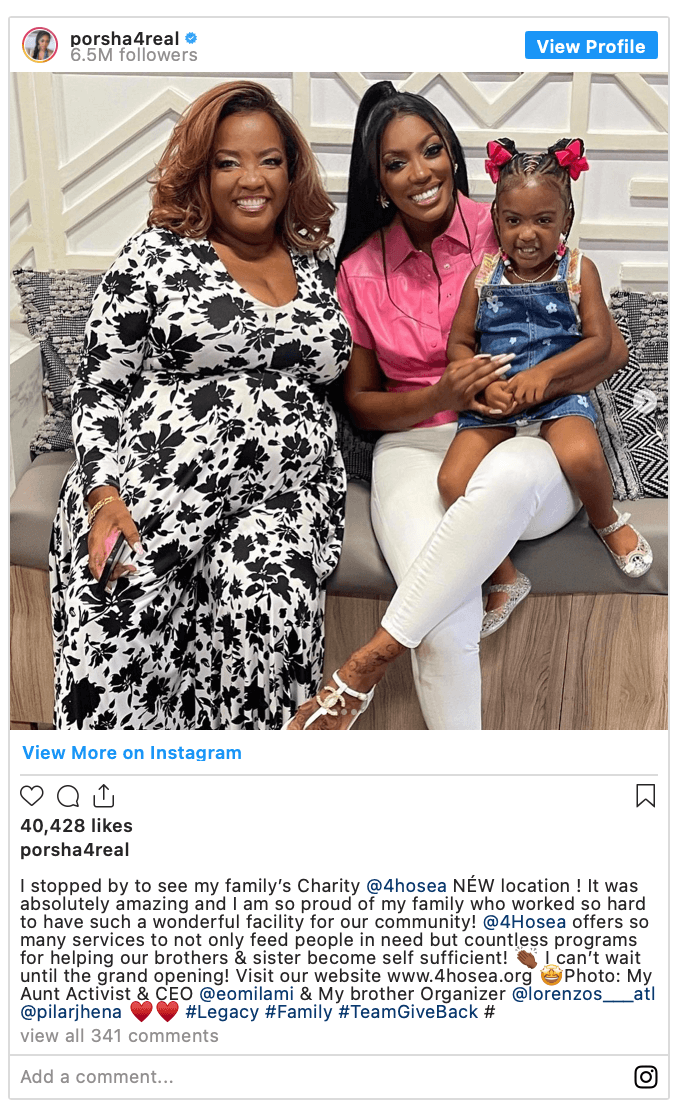 Porsha’s return to RHOA appears to be on shaky ground. The reality star seemingly confirmed that she is considering not returning to the Real Housewives of Atlanta, over the weekend. The reality star took to Instagram on Sunday, hinting that she was ready to end her time on the Bravo series.

Multiple reports have suggested that Porsha is planning to exit RHOA, after appearing for nine seasons. Viewers know that Porsha has been hit by backlash after announcing her engagement to her former friend’s husband, Simon Guobadia.