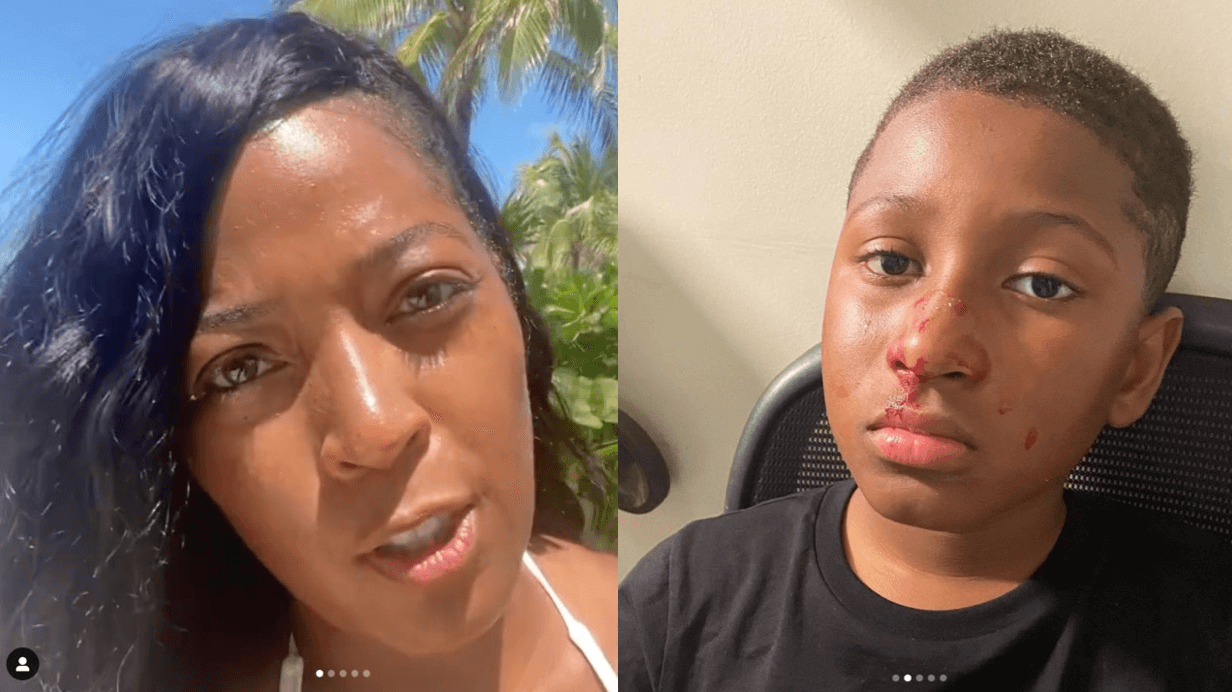 Avery Harris, the son of Married to Medicine couple, Toya Bush-Harris and Eugene Harris, was injured during a family trip to Nassau, Bahamas. Toya took to Instagram over the weekend to rip the restaurant where the incident took place, which is located in the Grand Hyatt Baha Mar resort.

Toya explained that her son was with his brother and friends looking at an encased menu at the Sugar Factory, a restaurant inside the resort, when the framed menu fell off the wall, cutting the child’s face.

Toya posted a video explanation and added relevant photos of the glass-encased menu and her son’s injured face. 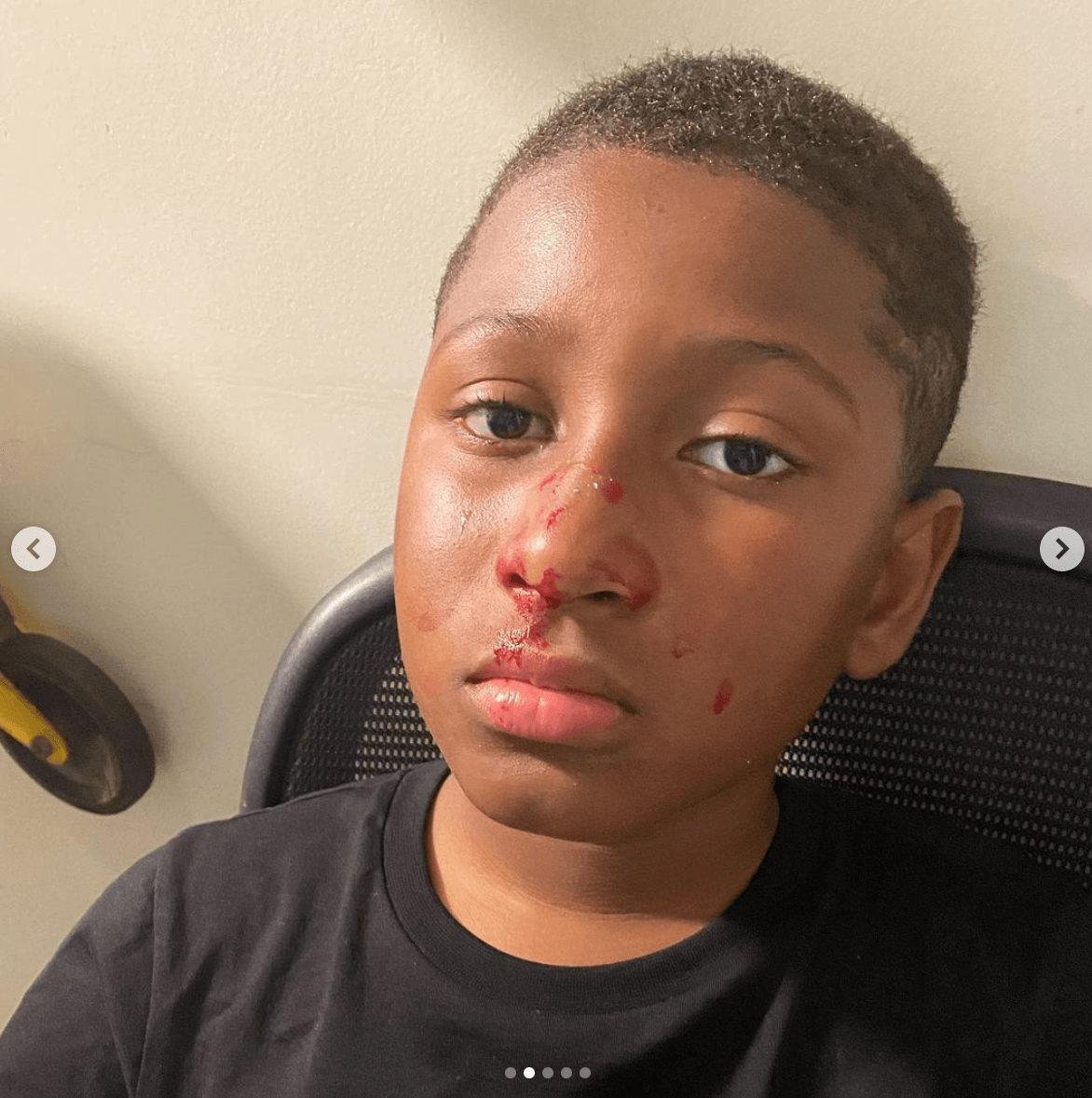 “My Son suffered harm due to the carelessness and negligence of the @thesugarfactory & @grandhyattbahamar My son was with myself and another Mother/friend of the family… who just happened to be a Nurse Practitioner,” the reality star captioned her series, explaining the incident.

“As a result my nine year old incurred scars, pain, embarrassment and he will be starting school with a scared face. This ruined the first two days of our vacation and for the past two nights I’ve given him Tylenol, triple anti bacterial ointment and had to keep him away from the ocean,” she continued.

Toya then blasted the restaurant and the resort.

“Neither of these establishments have taken any Accountability, shown any compassion or contacted me to even check on my son since the incident. Shame on both of these corporations!!!”

“The frame falls off the wall, it literally scars Avery’s face, he’s bleeding,” Toya explains in the video.

The Bravo star’s followers had mixed reactions to the news—some sharing their sympathies and others taking Toya to task for allowing her son to roam the resort unsupervised.

“Wow! So sorry! Praying for healing❤️🙏🏽” one fan wrote.

“Praying that Avery is okay and YES PUT THEM ON BLAST!!!” another follower said.

“Wow!! This is just bad all around. I’m sorry he and your family has had to experience this!!” a third commented. 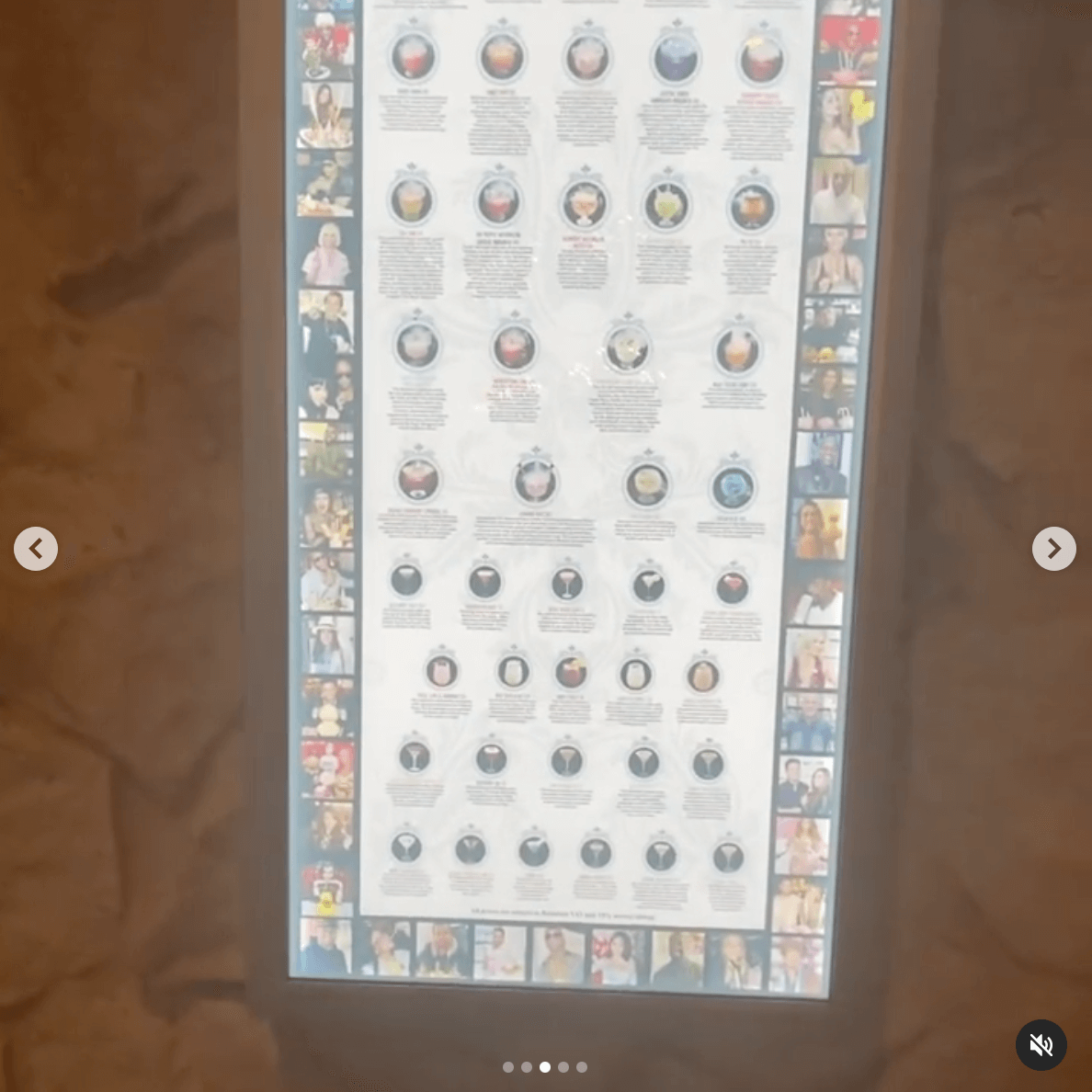 Many fans pointed out that the children were unsupervised when the accident occurred. Toya revealed in her video that she came “downstairs” to discover her injured son.

“First of all why were you not with your children?” one fan asked. “I’m sorry but if I’m in a foreign country the last thing I would be doing is leaving my children unattended. Second she is being so dramatic and not setting a good example for her son. Kids get cuts scraps and boo boos all the time. She needs to let him know this is not the end of the world, he is not horribly disfigured and that this to shall pass. I need more details…..sorry.”

“So it just falls off the wall?” another follower asked.

“I feel like the baby wasn’t keeping his hands to hisself and it falls on him , it’s not normal for that big ass shit to randomly fall .. he looks fine . Girl we have bigger things to worry about kiss ya baby and go bout y’all business,” another advised. 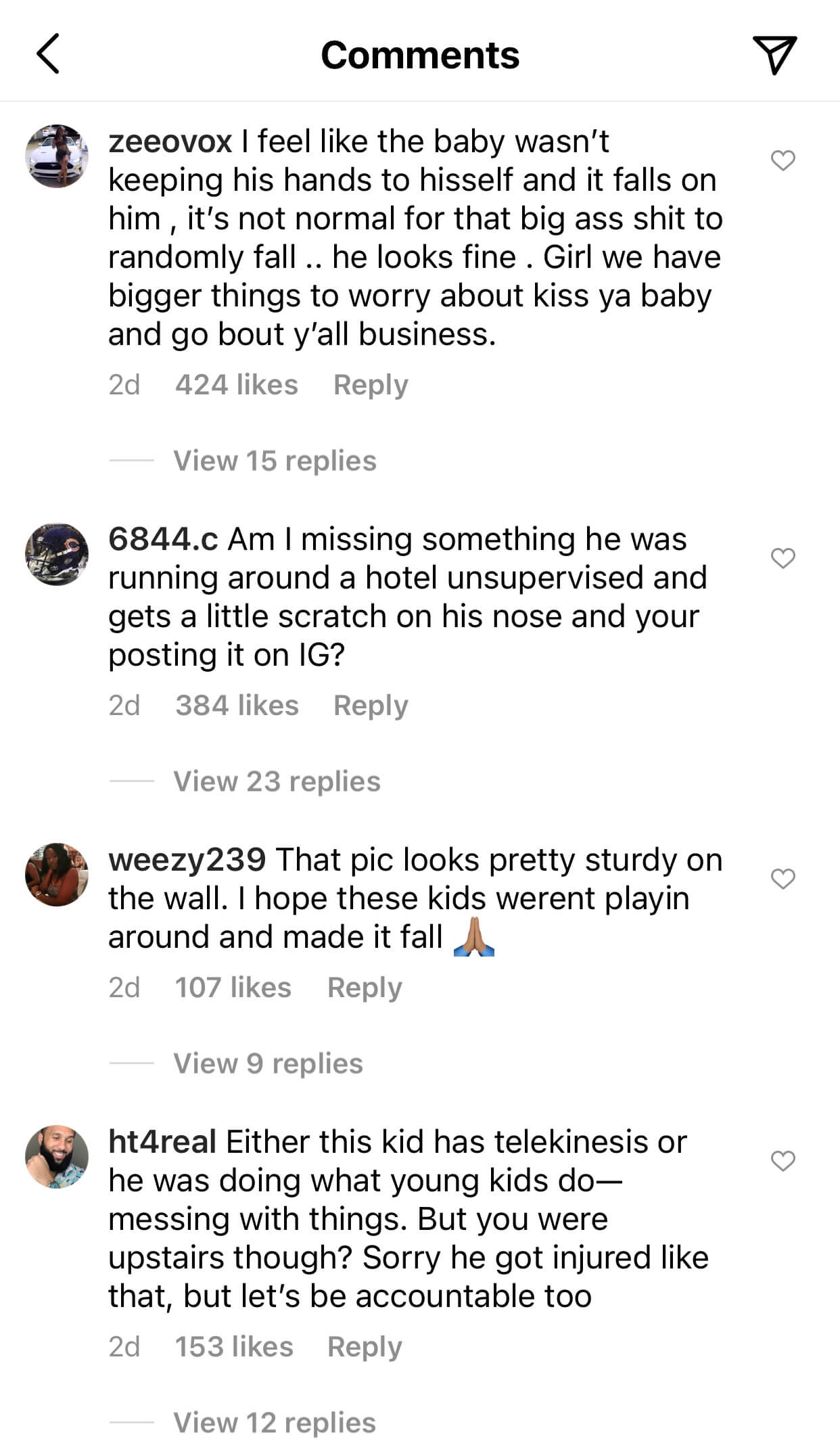 “I feel bad for him but why was he down there by himself without you or Eugene? Or were they supervised by any adults?” a follower pointed out.

“Folks with a little extra coin have a habit of sending their bad azz underage children places they shouldn’t be unattended,” another opined. “She has not control over her children in the first place. U should have been there to watch and protect him as a parent should. But naw not u Im certain u were some where with ur mouth wrapped around a patron bottle. Im glad he is ok but keep up with ur children bc the world won’t!”