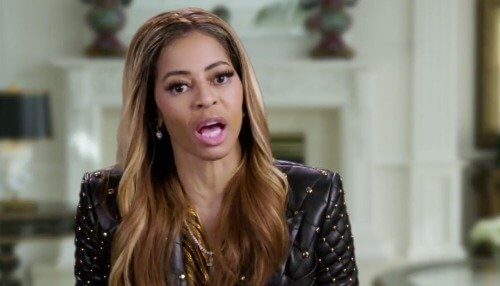 Mary Cosby is the latest Real Housewives of Salt Lake City star to find herself in a legal mess. Mary, 44, is facing criminal charges for providing shelter to a minor and contributing to the delinquency of a minor.

The First Lady of the First Temple Church pleaded not guilty to both counts. She’s expected to be present for a remote pretrial conference on August 12 at 10 am.

Details surrounding the incident have yet to be uncovered. However, available information state that it took place on April 8.

The reality star isn’t the only RHOSLC star dealing with legal issues. Her castmate Jen Shah was indicted in March for running and orchestrating a telemarketing scam that targeted vulnerable people.

He continued, “in actual reality and as alleged, the so-called business opportunities pushed on the victims by Shah, Smith, and their co-conspirators were just fraudulent schemes, motivated by greed, to steal victims’ money.”