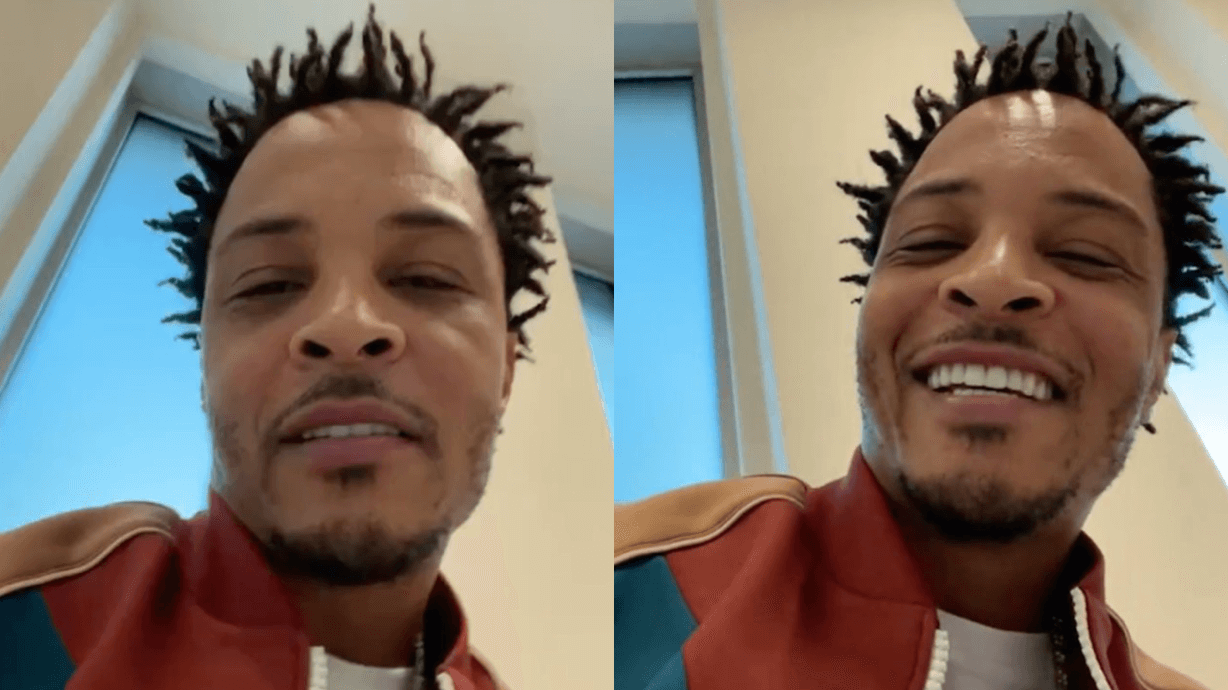 T.I. Harris laughed it off, after being arrested for colliding with a police officer in Amsterdam. The rapper was biking and texting when the incident occurred.

“I’m locked up now,” the Grammy winner revealed in a Tuesday Instagram video, captured while he was in police custody.

T.I. explained that he didn’t stop while crossing the street and his handlebar broke off a cop’s side mirror.

“He was extremely upset. I myself, I was having a great time,” he added. “I’m still not upset. I’m having a phenomenal time.”

T.I., whose birth name is Clifford Harris Jr., shared that his arrest was a calm affair, revealing that he was not even cuffed when taken into custody.

“They just opened the door and invited me to the back seat,” he chuckled. “I obliged.”

T.I. explained that he was not carrying his passport and admitted that he was “obviously not supposed to have [his] phone” out while biking in the city.

“I don’t know. It’ll be fine,” the artist told his followers.

The rapper explained that he had to wait for someone to bail him out of jail.

“I’ve got cash in my pocket but they don’t seem to take this,” he said, showing off a wad of bills.

“I’ll tell you what. I’m finna call my people and get my passport and s–t so they can come on up here and swipe the card to get me out of here and some s–t like that,” T.I. remarked.

T.I. called the arrest “great” and put a positive spin on the whole experience.

“This is actually experiencing the culture. This is living life to the fullest, in the moment, ya dig?” he laughed. “All right, I’ma catch y’all later.”

He later confirmed his release, posting a vid from outside the police station. T.I. reportedly mingled with fans who recognized the rapper, after his release.

T.I. and his wife, Tameka “Tiny” Harris, have been overseas celebrating their 11th wedding anniversary. T.I. and the Xscape singer tied the knot in 2010.

“Happy 11th Anniversary Boss Lady @majorgirl I love you dearly & I thank God for you‼️ We been through it ALL & stayed creating memories the whole time,” the rapper wrote on Instagram earlier this week. “That’s how we look up & it’s 20 yrs later… well here’s🥂 to 20 more 20s…all my love 😍 all my life. #MrandMrsH.”

As reported in May—The Los Angeles Police Department launched an investigation into T.I. and his wife, Tameka “Tiny” Harris over multiple  allegations of drugging and sexual assault. More than 30 women have come forward with accusations against the couple, which they have denied.