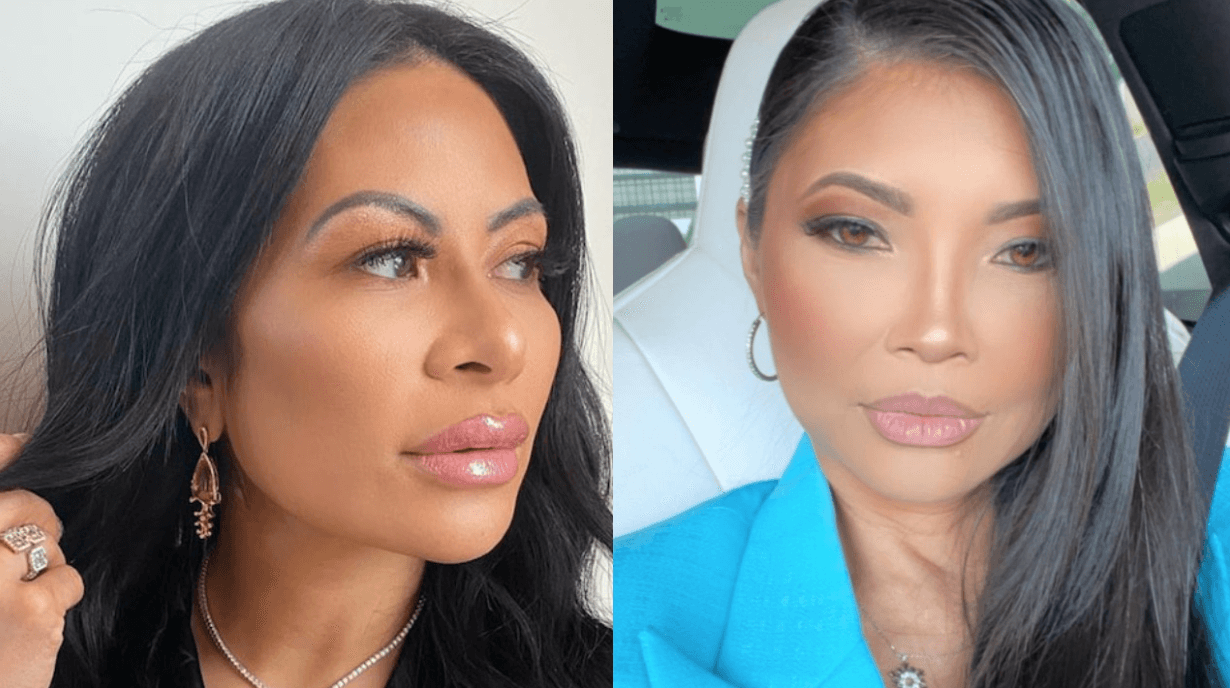 Real Housewives of Salt Lake City newbie, Jennie Nguyen, has been bumped up from a part-time cast member to an official Housewife, due to the arrest of Jen Shah. Fans know that the reality star was arrested for her alleged role in a nationwide telemarketing scam.

A source dished the news to The Sun, explaining the cast shift.

“Jennie was hired on as just a friend originally,” the insider said of the Utah native.

“But because of Jen‘s legal stuff and unexpected delays in filming here and there, Jennie got a lot more screen time than everyone expected and got promoted to full-time by the end,” the tipster added.

The snitch clarified that Jennie was not hired to replace Jen, as the reality star’s legal issues surfaced after the newbie signed on as a friend.

“Because of Jen‘s problems, Jennie was a lot more involved and became full-time faster,” the source explained. “So if Jen is not part of the show for season 3, Jennie will definitely want to step in and fill that role and void.”

Jen’s future on the show hangs in the balance, due to the nature of the ongoing criminal case.

Jennie is a good friend of Lisa Barlow’s and is reportedly excited about her opportunity on the newest Bravo franchise.

”She saw her friends have an incredible experience on the show and has wanted to be a part of it since,” the insider said. “She’s not afraid to speak her mind, get sassy or get into trouble and has amazing fashion so she will fit in nicely with the group.

“But she is involved in plenty of messy drama. Jen‘s legal scandal is a big focus of the season of course but it’s definitely not the only drama that happens on the show,” the tipster spilled.

“Some other big things go down Jennie is involved with,” the snitch teased.

Jen Shah is facing a potential 30 years in prison after being arrested and charged with conspiracy to commit wire fraud in a “telemarketing scheme.”

A person close to Jen revealed that the arrest went down during filming.

“Cameras were rolling but it was so chaotic, I’m not sure exactly what was captured,” the source said, but added that production “definitely got some footage.”

“The cast was getting ready for a group trip to Colorado,” the insider added.

Manhattan U.S. Attorney, Audrey Strauss, released a statement at the time of the arrests.

“Jennifer Shah, who portrays herself as a wealthy and successful business person on ‘reality’ television, and Stuart Smith, who is portrayed as Shah’s ‘first assistant,’ allegedly generated and sold ‘lead lists’ of innocent individuals for other members of their scheme to repeatedly scam.

“In actual reality and as alleged, the so-called business opportunities pushed on the victims by Shah, Smith, and their co-conspirators were just fraudulent schemes, motivated by greed, to steal victims’ money. Now, these defendants face time in prison for their alleged crimes.”