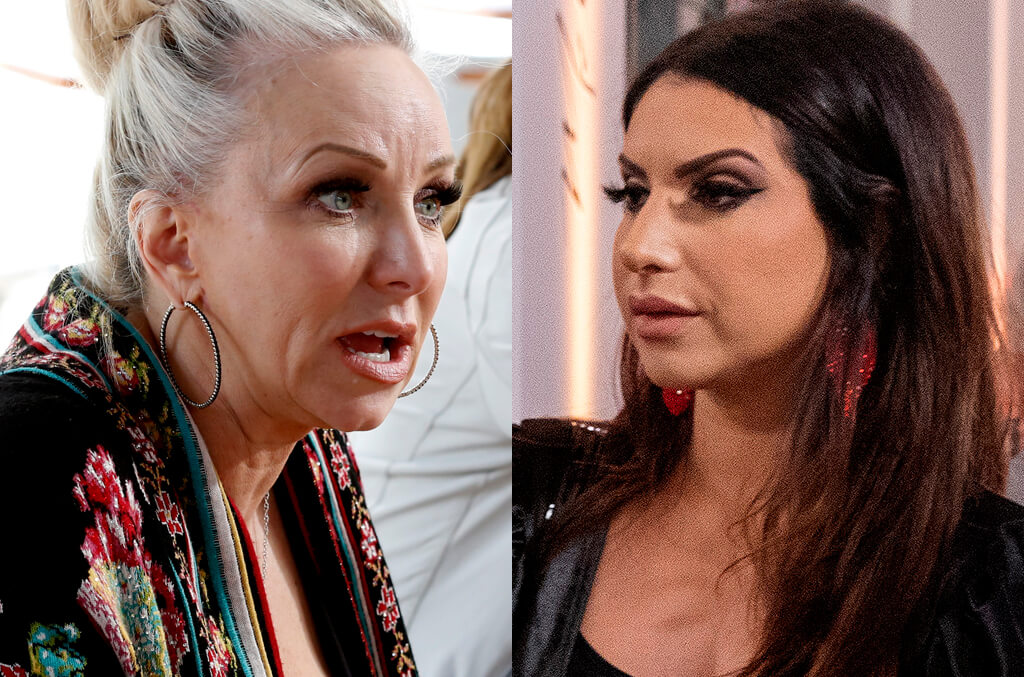 The Real Housewives of New Jersey filming season is being rocked by yet another cheating scandal, and it looks like Jennifer and Bill Aydin’s marriage is being put to the test.

Celebrity gossip account, Deuxmoi, reportedly received an insider tip that revealed that Season 12 will focus on an unnamed husband’s past indiscretions. The tip didn’t identify the parents of five, but the source implied that the plastic surgeon’s past was coming back to haunt him.

Teresa Giudice, Melissa Gorga, Dolores Catania, Margaret Josephs, and Jackie Goldschneider will all appear in Season 12 alongside Jennifer. Dolores and Teresa are single, and the other four ladies are married. Fans know that Jackie and Evan Goldschneider’s marriage was put through the wringer last year, and Margaret has been open about starting a romantic relationship with her current husband, Joe Benigno, while she was married to her ex.

“I got some tea to spill straight out of New Jersey,” the emailed tip said. “This HW husband from NJ had an affair 10 years ago (not Jackie) and Marge found out and told everyone at Tre‘s party.”

Teresa Giudice celebrated her birthday in May, but the source did not specify the nature of the referenced party.

“Wife is super pissed because only they knew about it and had already worked past their issues and now she has to tell her kids about it,” the email continued.

Jennifer Aydin has shared on the show that the concept of divorce runs against her Turkish culture. She has also stated that she believes that all infidelities should remain private between a husband a wife.

“Do whatever you want to do behind closed doors, but [take it] to the f–king grave,” Jennifer once remarked about the issue during an appearance on the RHONJ After Show.

Jennifer has been noticeably absent from events attended by her castmates, according to photos posted on the reality star’s Instagram account.

“Everyone is apparently being super mean to her and calling her a hypocrite for continually slut shaming and coming after Marge for her affair,” the email read. “Big story line for upcoming season.”

Fans know that Jennifer and Margaret have clashed in recent seasons. Jennifer shaded Margaret for her affair with her current husband and raised an eyebrow when Margaret opened up about a sexual romp with a much older boss, last season. Jennifer also joked about having a pool house cot, designated for her husband whenever he gets into trouble.

Bill has complained about his lackluster sex life in the past, leading some viewers to wonder if the couple’s marriage was headed for some bumps.

Another “Housewives” Instagram account reports that Jennifer and Margaret got into a heated altercation during a recently filmed cast event.

“RHONJ: Rumours are circulating on social media that Jennifer Aydin threw a drink on Margaret Josephs during a recent group event 👀” the post’s caption dished.