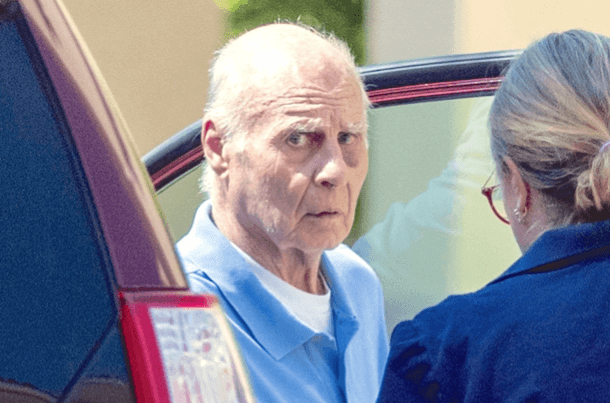 Tom Girardi has been seen for the first time in over a year, and photos published by Page Six reveal the disgraced lawyer sporting a black eye. Tom, 82, the estranged husband of Real Housewives of  Beverly Hills star, Erika Jayne, was spotted wearing baggy shorts and a loose-fitting polo shirt, revealing a stunning weight loss.

Tom was snapped while being aided by an unidentified woman, giving viewers a rare glimpse at the once-famed attorney. Tom is being sued by former clients and business partners, after being accused of embezzling funds. 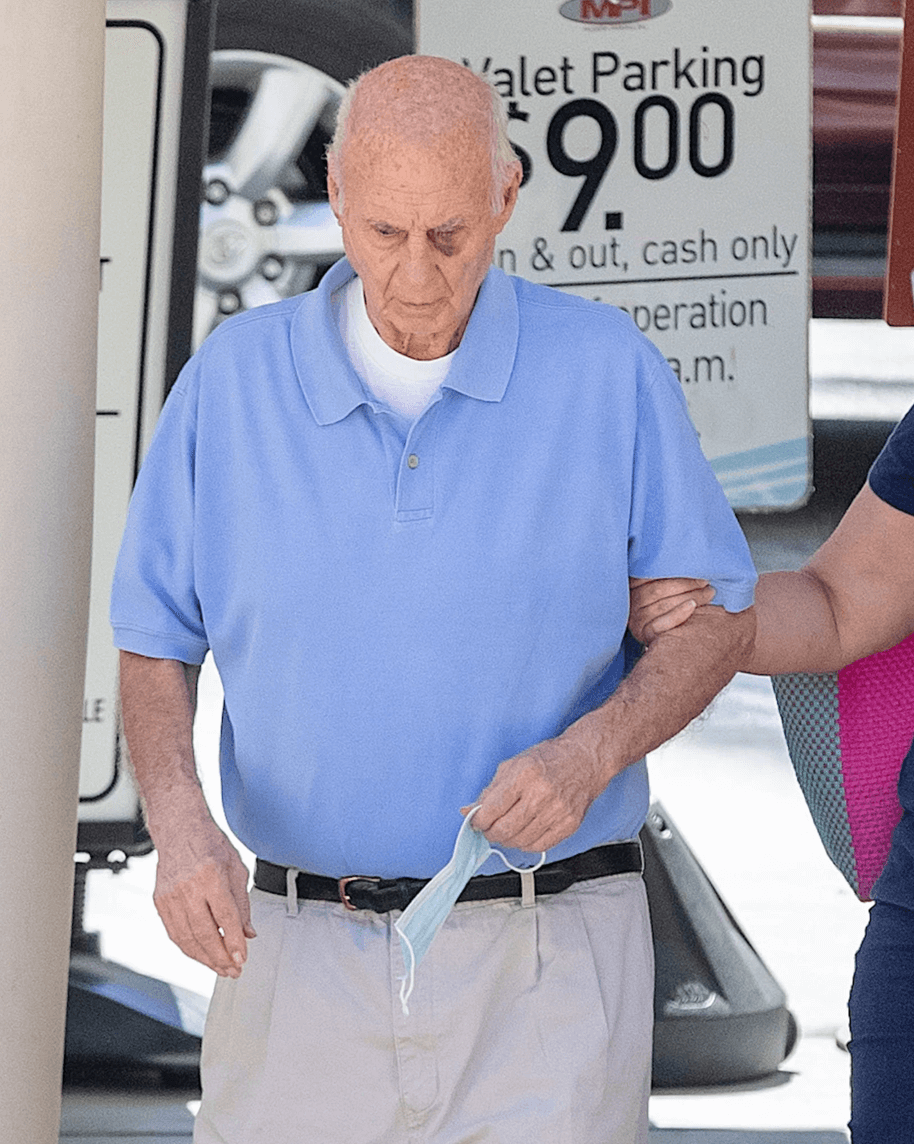 How Tom sustained his bruised eye remains a mystery, but fans know that Erika, 50, described her estranged husband’s declining health on the Bravo show. The reality star spoke about a 2017 car accident that supposedly knocked Tom unconscious for 12 hours, perhaps leading to multiple health issues. Erika filed for divorce from Tom, in November.

Tom’s brother, Robert Girardi, was put in place as his brother’s conservator after his family told the court that the former lawyer suffers from a “major neurocognitive disorder.” Tom was diagnosed with Alzheimer’s in March.

Tom has appeared in virtual court hearings over the last several months, amid his ongoing legal cases. 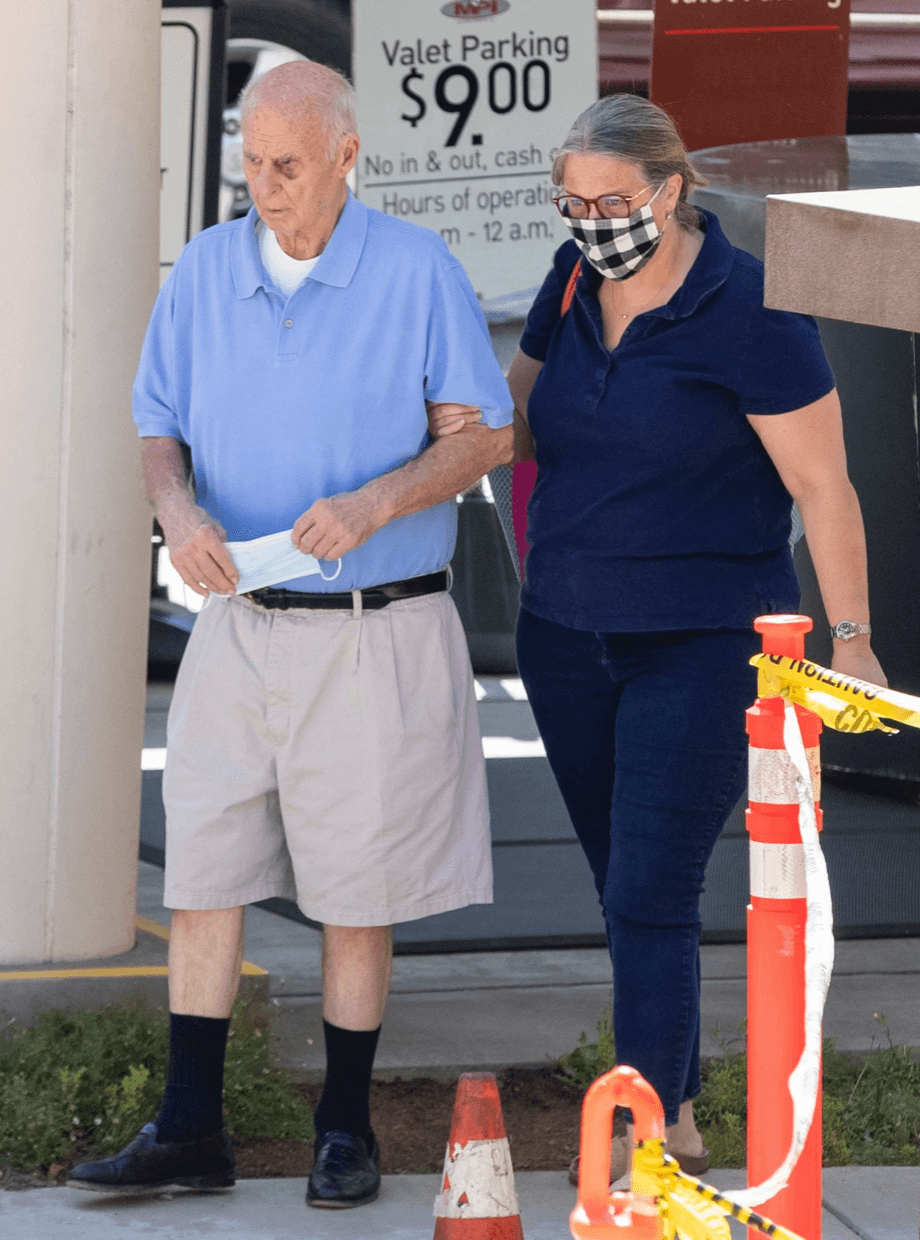 The Blast reported in January that Robert asked the court to grant him control over his brother’s affairs because Tom was struggling to take care of himself.

“Thomas V. Girardi (“Tom”) is a renowned trial lawyer, responsible for some of the most notable mass tort verdicts in California. However, at age 81, Tom’s current condition has sadly deteriorated to the point where he cannot care for himself without assistance. His short-term memory is severely compromised and, on information and belief, he is often not oriented as to date, time or place,” Robert stated in January, in court documents.

Robert was officially named the lawyer’s permanent conservator last month. He filed letters of conservatorship in mid-July, which allowed him control over his brother, his finances, and his estate. 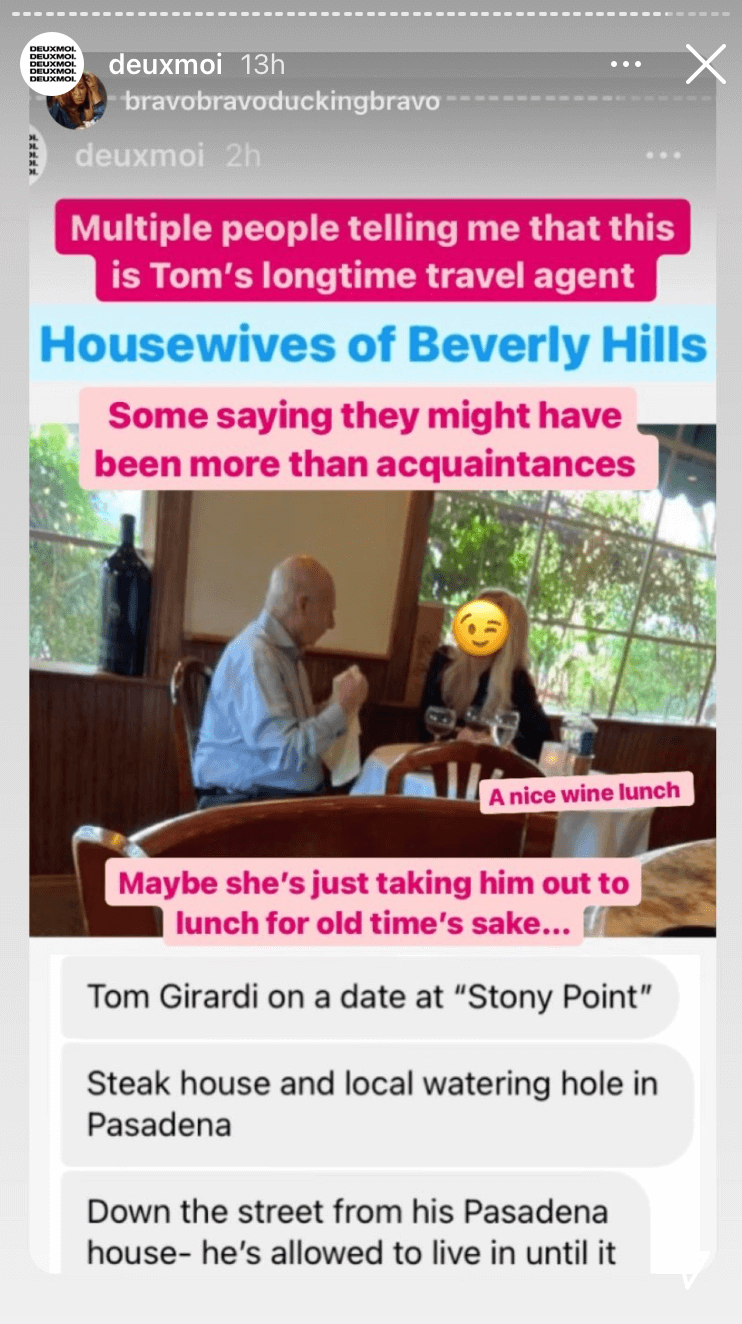 Internet chatter seemingly revealed a previous peek at the RHOBH personality, as Tom was spotted dining out with a mystery woman, in June.

As previously reported—Tom was seen “on a date at Stony Point—a steak house and local watering hole in Pasadena,” according to Deux Moi. The establishment is reportedly located in the high-profile lawyer’s neighborhood.

“Multiple people [are] telling me that this is Tom’s longtime travel agent,” Bravo Bravo Ducking Bravo posted. “Some saying they might have been more than acquaintances.”

“Maybe she’s just taking him out to a nice wine lunch for old time’s sake,” the Instagram user guessed. 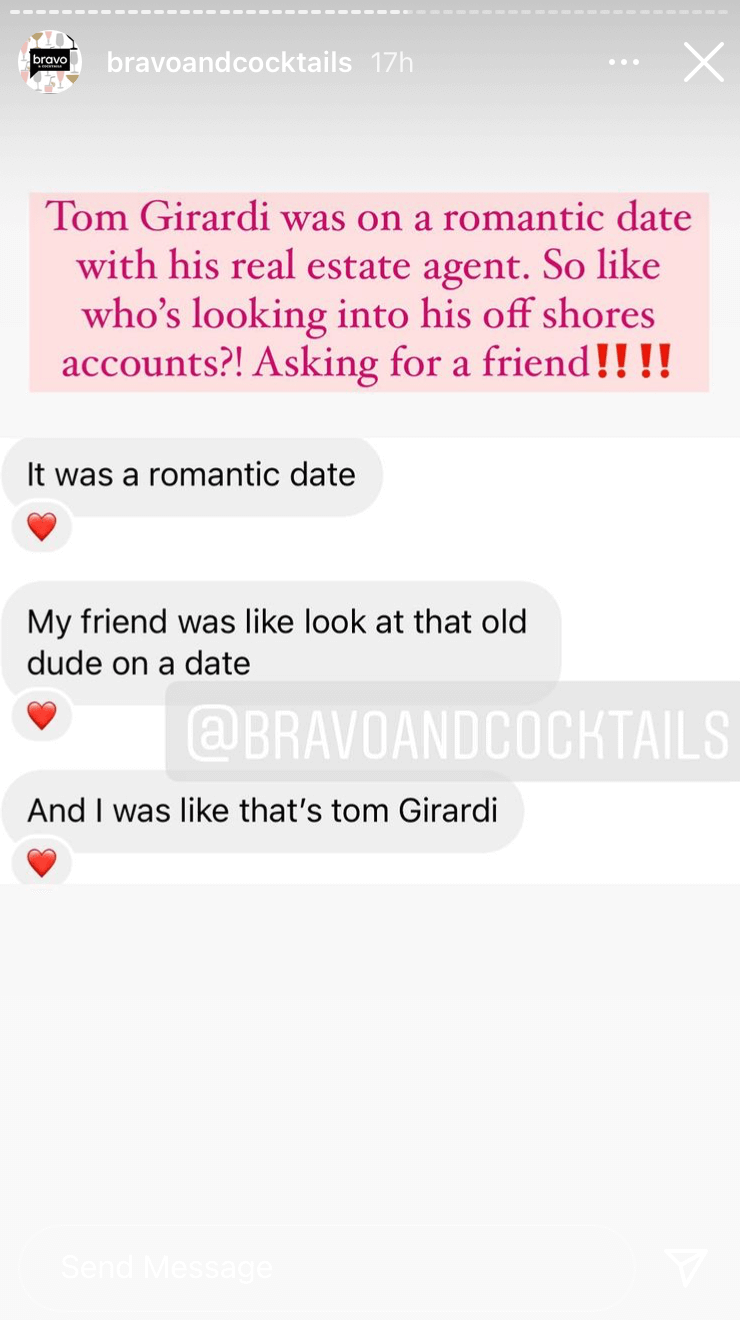 “Bravo and Cocktails” scored some additional info on the duo’s relationship the next day.

“My friend used to work at Tom’s firm and said Tom and his travel agent have been sleeping together for years. Well known at the firm,” the snitch dished.

“It was a romantic date. My friend was like look at that old dude on a date and I was like that’s Tom Girardi,” another observer commented.