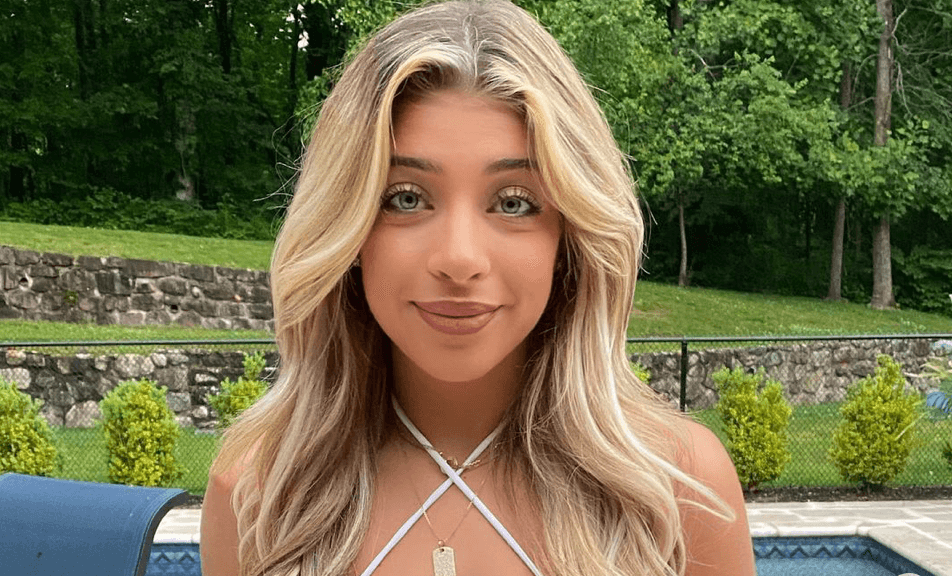 Real Housewives of New Jersey viewers are begging Gia Giudice to let her natural beauty shine after the 20-year-old shared a selfie some called “unrecognizable.” The daughter of Teresa Giudice previously copped to getting a nose job in 2020.

RELATED: ‘RHONJ’: See The BEFORE And AFTER Pics From Gia Giudice’s Nose Job!

Gia took to Instagram to promote a haircare brand, posing in orange shorts and a skimpy white tank top.

Fans immediately flooded the post’s comment section, with many calling attention to her “changing looks.”

“GIA! You are so gorgeous! Stop with all the enhancements!” one fan wrote.

“You were so beautiful before. Why are you changing and doing stuff to your face..” another asked.

“You were naturally sooooo gorgeous! Please don’t alter your looks, your face has changed totally ..” a follower noted.

“No more plastic surgery what are you doing to yourself?” another user asked.

Gia has only fessed up to a rhinoplasty, which she spoke out about a year ago.

“Yes I got a nose job,” Gia admitted last summer, alongside a photo snapped with her mother.

“I am an adult now, this has been an insecurity of mine for a while and I’ve never been happier and so comfortable in my own skin!!” she said, adding that she was “in love” with her new nose.

Gia isn’t the only Giudice who has been called out by fans, for tweaking her appearance. Teresa has been hit by fan backlash for altering her face as well.

Fans begged Teresa to knock off the lip fillers earlier this year after the Bravo veteran posted a bikini selfie. The reality star has been slammed by her followers for “not setting a good example” for her daughters. Teresa shares four children, Gia as well as daughters Gabriella, Audriana, and Milania, with her ex-husband, Joe Giudice.

“Your lips are too too big.. you looked so beautiful a few years ago.. why so much ‘ work’?? Not a good example for you 4 girls!” a fan wrote in April.

Teresa defended her two breast augmentation procedures writing—”I believe it’s important to always stand strong and feel like your best most confident self.”

“I encourage anyone who doesn’t feel their best self to work on feeling better. Even if it is the smallest thing every day,” she added.

Gia began appearing on RHONJ when she was only 8 years old. She is now preparing to enter her junior year at Rutgers University in New Brunswick, New Jersey. Gia is majoring in criminal justice and plans to become a lawyer.

“Gia did great this year,” Teresa told PEOPLE. “She met so many people and made so many friends.”