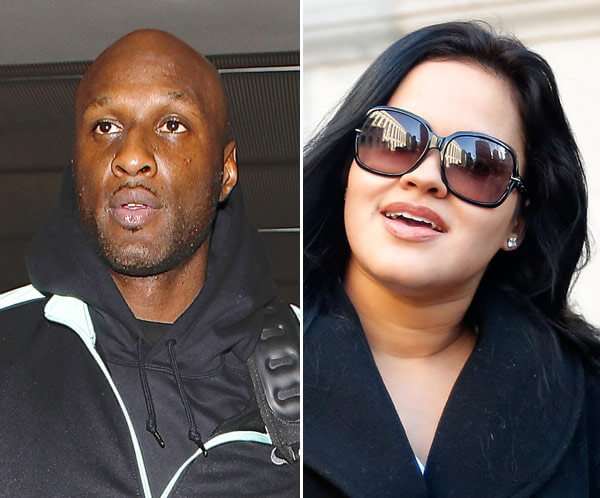 Lamar Odom has been ordered to hand over almost $400k to Liza Morales after the Basketball Wives star sued the former E! personality for not paying his child support. A judge ordered the ex NBA star to pay the mother of his child the six-figure sum after Liza sued Lamar in May, accusing him of cutting off payments designated to their young adult children, Destiny Odom, 23, and Lamar Odom Jr., 19.

Liza alleged that Lamar, 41, had not sent child support payments since June 2020.

“In June 2020, Lamar stopped providing any support save for sporadic amounts sent directly to LJ, placing their son in a very difficult situation,” she said in court documents.

The VH1 star alleged that the lack of support landed her on the brink of eviction, after falling behind nearly $83k in back rent. She stated that she was unable to pay the $5,125 monthly rent on her lower Manhattan apartment without Lamar’s financial support.

Manhattan Supreme Court Justice, Matthew Cooper, handed Liza a win last month when he granted her request for a default judgement after Lamar pulled a hearing no-show. Liza alleged that her ex had raked in $40k for participating in a recent celebrity boxing match against Aaron Carter.

The attorney repping Liza, Abraham Borenstein, told the judge that Lamar owes his client over $91k in payments through the month of July.

The judgement, which was made public on Thursday according to a Page Six report, revealed that the judge ordered Lamar to pay Liza $380,549 in child support, rent obligations, college costs, along with her legal fees. The judge also required Lamar to secure a one million dollar life insurance policy and name Liza as the beneficiary. Lamar was ordered to follow through by July 31, or the judge warned that his ex “may enter a judgement against Lamar Odom for an additional $1,000,000.”

Lamar took to social media to hit back at the accusations after he failed to show up for the scheduled hearing.

“Back in the news on some BS!! truliza4u (I’m blocked),” he wrote alongside a screenshot of a headline accusing him of “skipping out on child support despite boxing match.”

“I never air out my personal business because it’s personal but I have had enough,”  he added.

“I was never married to my kids mother. I took care of her from the second she became pregnant and even after I was married I still paid her bills,” Lamar explained, last month. “I AM NOT RESPONSIBLE for a GROWN A** WOMAN!! Once my children became adults my duties were done! I told her to GO TO WORK! MOVE into an affordable home, she didn’t listen and that is NOT on ME!”

He bashed his ex for refusing “to get off her ass and make a living for herself,” before denying her claims about his reported cash flow. He alleged that he was making his child support payments but admitted that he was not financially supporting his ex.

“Enough is enough. I do not get pension from the NBA until I’m 46. I do not own a CBD line, I did not get paid $40k from Celebrity Boxing,” Lamar said.