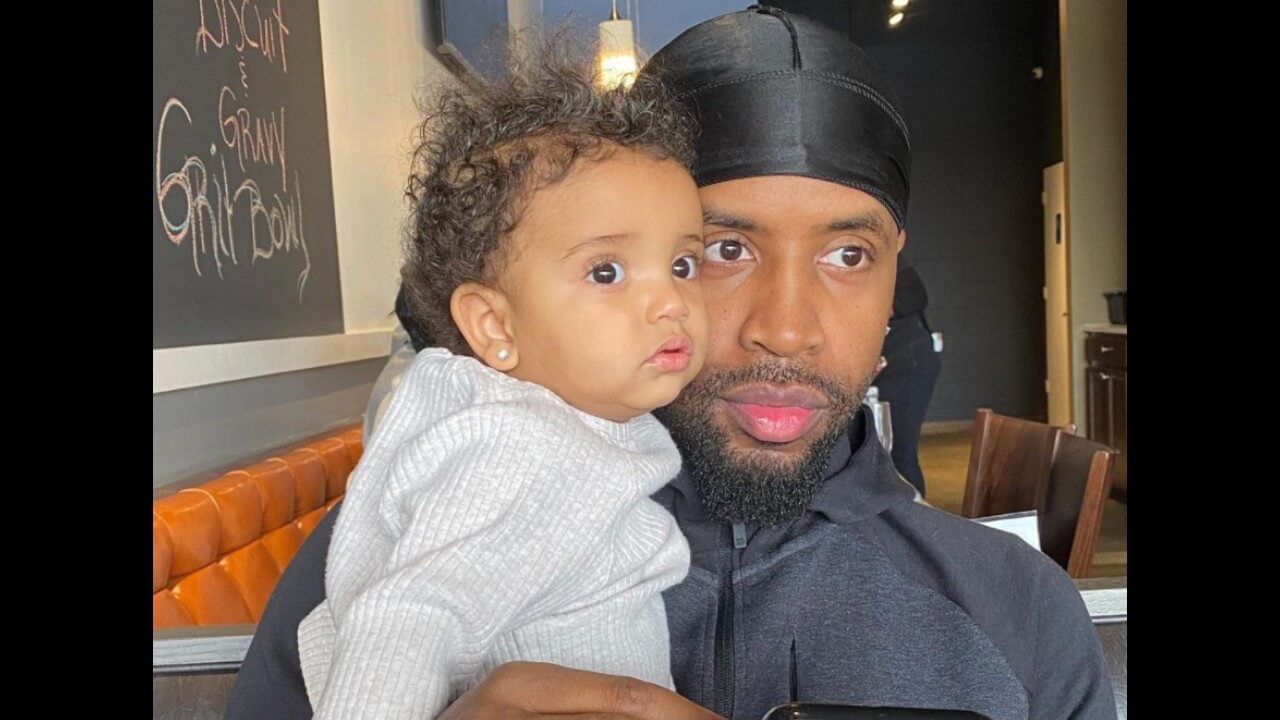 Safaree Samuels’ relationship with VH1 reality series, Love & Hip Hop, has gone sideways. Safaree stars in the currently airing season of the Atlanta franchise and took to Twitter to put the show on blast after Monday’s episode aired.

Footage from Monday’s episode featured Safaree’s now-estranged wife, Erica Mena, sharing the gender of the baby she was carrying at the time with her then-husband.

She reveals that they are having a boy and Safaree smiles and asks— “Are you sure?”

Erica is interrupted when their daughter, Safire, falls down. Erica rushes to pick up the child, and snaps at Safaree—

“Safaree pick her up you freaking idiot. What’s your problem?” Erica says.

“She’s fine. When she’s in here, when we’re by ourselves, this don’t happen,” he responds.

Erica later addressed the incident in a scathing confessional spot. 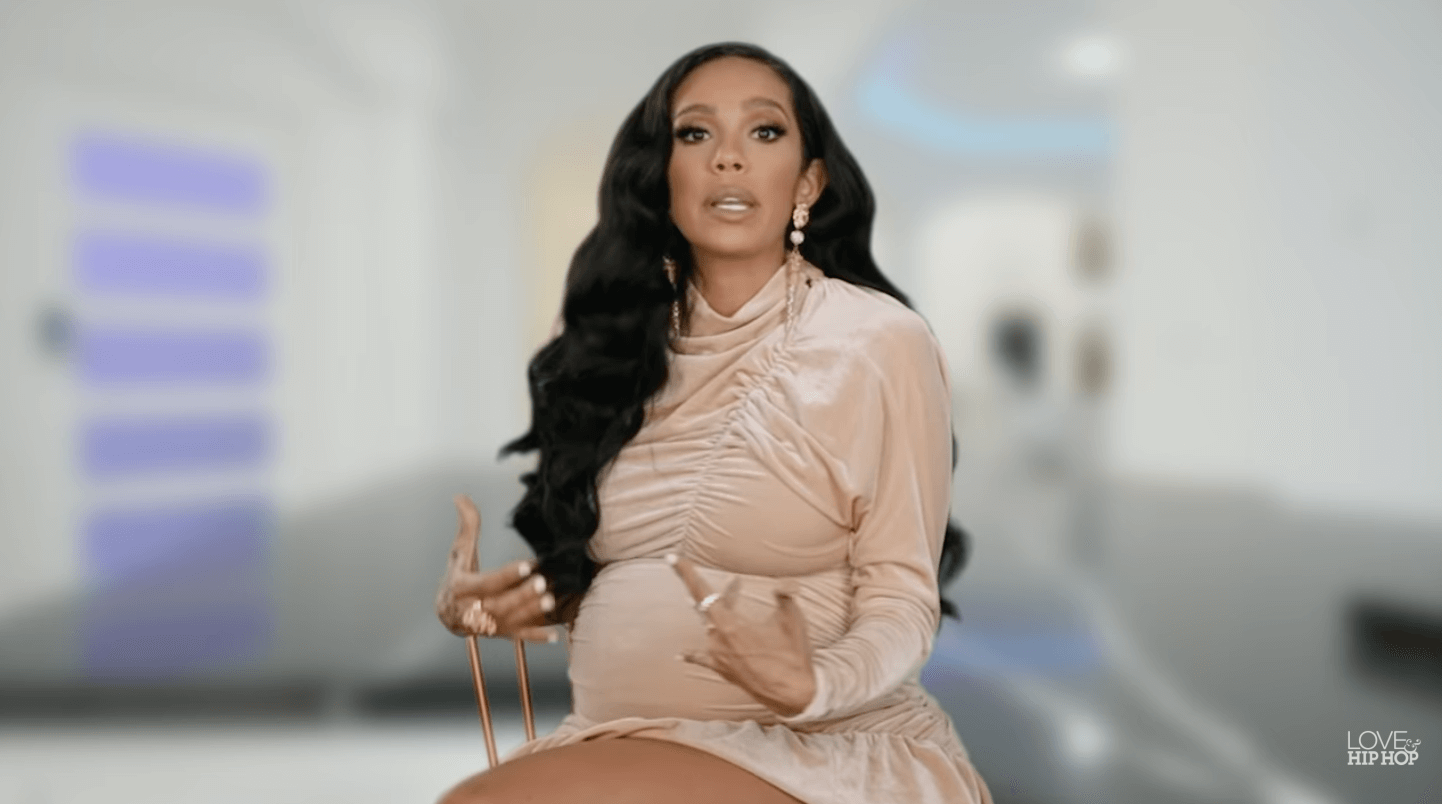 “This moment is probably setting me up to get ready for what my life is about to be,” Erica remarks. “Me having to hold down my babies by myself, even when they’re hurting, because Daddy finds it to be funny. It just proves how immature he is.”

The couple argued over who was to blame for the child’s tumble, and viewers later sounded off about the incident. Safaree took to Twitter to air out his grievances against production after he was hit by fan backlash for his reaction.

“And y’all LHH editors ain’t s***. we told y’all not to air my baby falling and y’all still used it,” he wrote. “Had us reshoot a whole bunch of bulls*** and y’all still used that. Y’all don’t have no respect, because that was not my response of me finding out I was having a boy!” 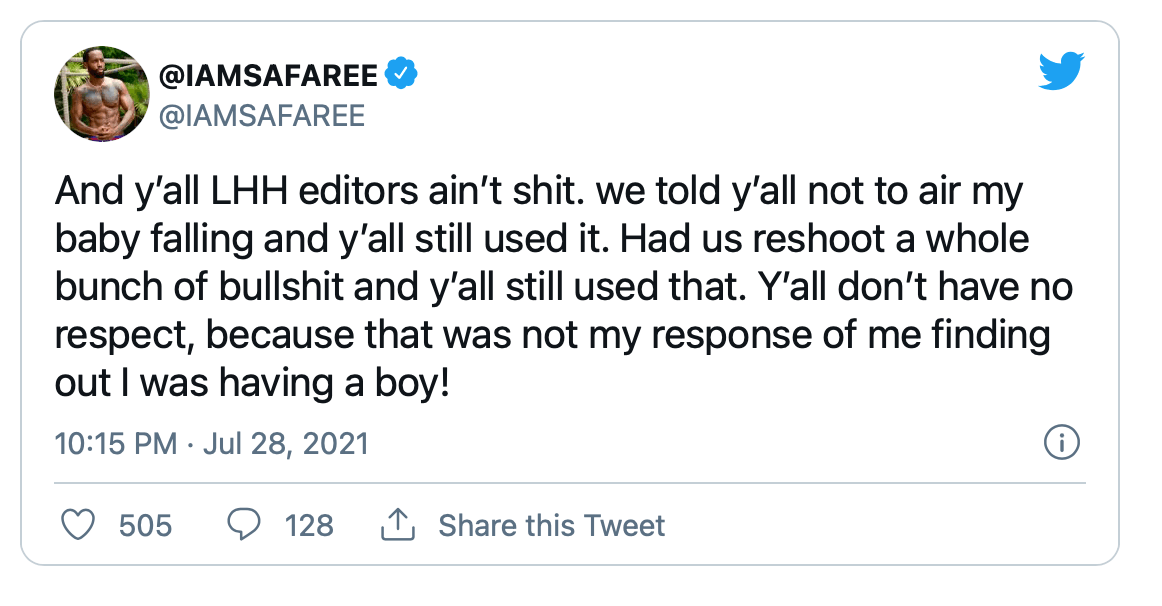 He even threatened to quit the series in a second tweet.

“That was tacky and tasteless!! It’s definitely about to be a wrap on my time with y’all,” Safaree warned. “Y’all be wanting too much of ppl time to be doin dat type of wack s***!! We filmed a hr long convo for that scene and y’all chop it to 3 mins and use that and make it a focal point. Weak” 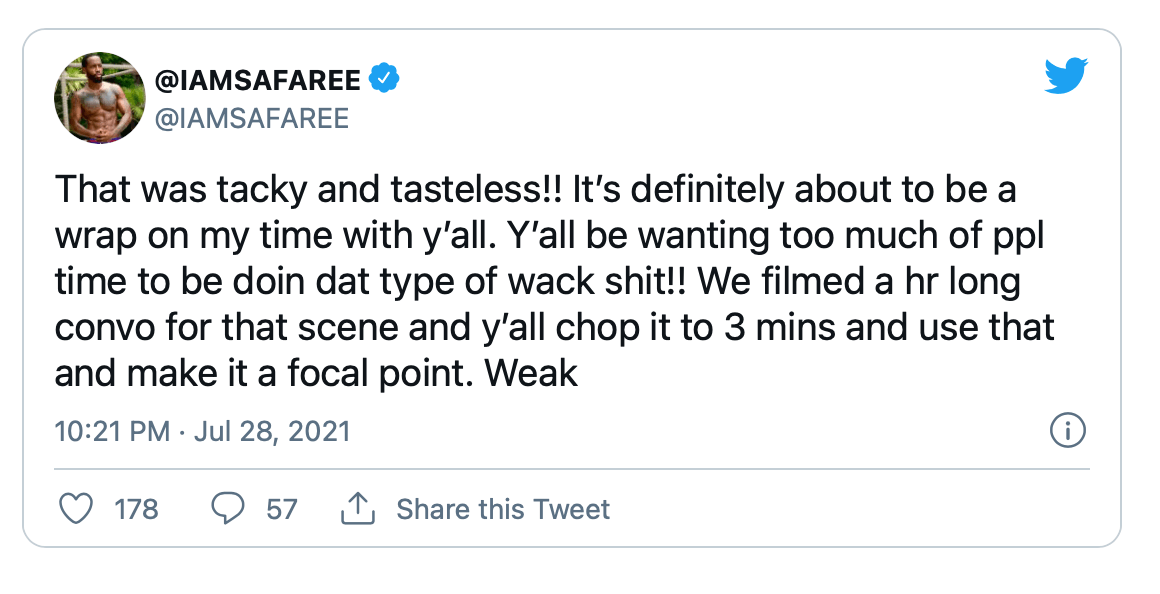 The VH1 star promised to be more vigilant about protecting his privacy an hour before firing off the double round of tweets.

“It’s called social media let’s stop being so personal on this app. Try it for a week and let’s watch the climate change. I’m bout to be so private about my sh*t. Ain’t nobody gonna know nothing…” Safaree vowed.

Erica filed for divorce after the scene was filmed, perhaps hinting that the fallout from the incident will develop into a storyline.

The couple made headlines earlier this month after Safaree accused his ex of destroying his property, including pricey sneakers and motorbikes. 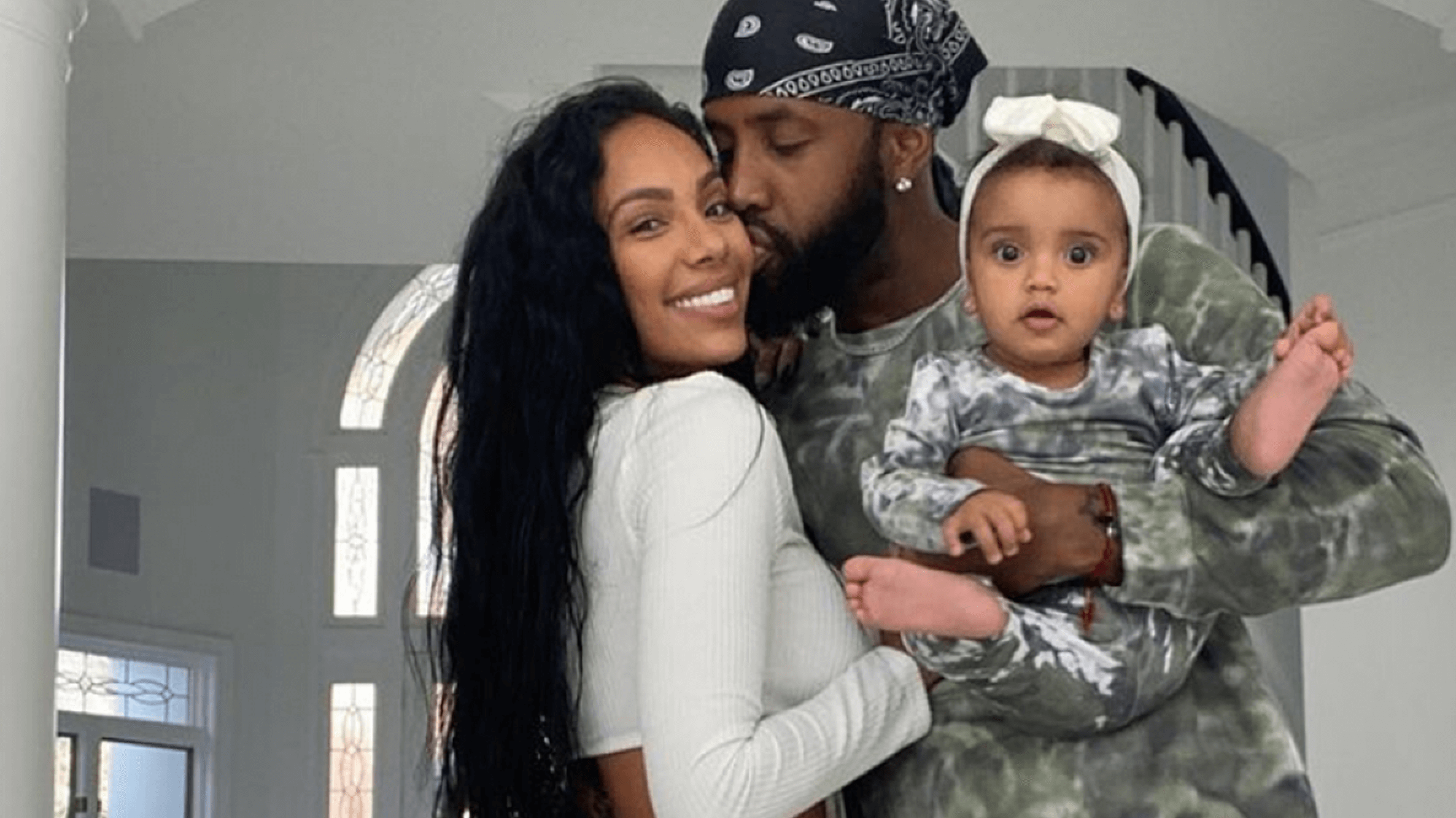 He added that Erica was eight months pregnant with their second child during her alleged destructive tirade.

He is asking a judge to require Erica to reimburse him about $50k to cover the cost of the damage. Safaree added that he was considering reporting his ex to the police, and pursuing criminal destruction charges.