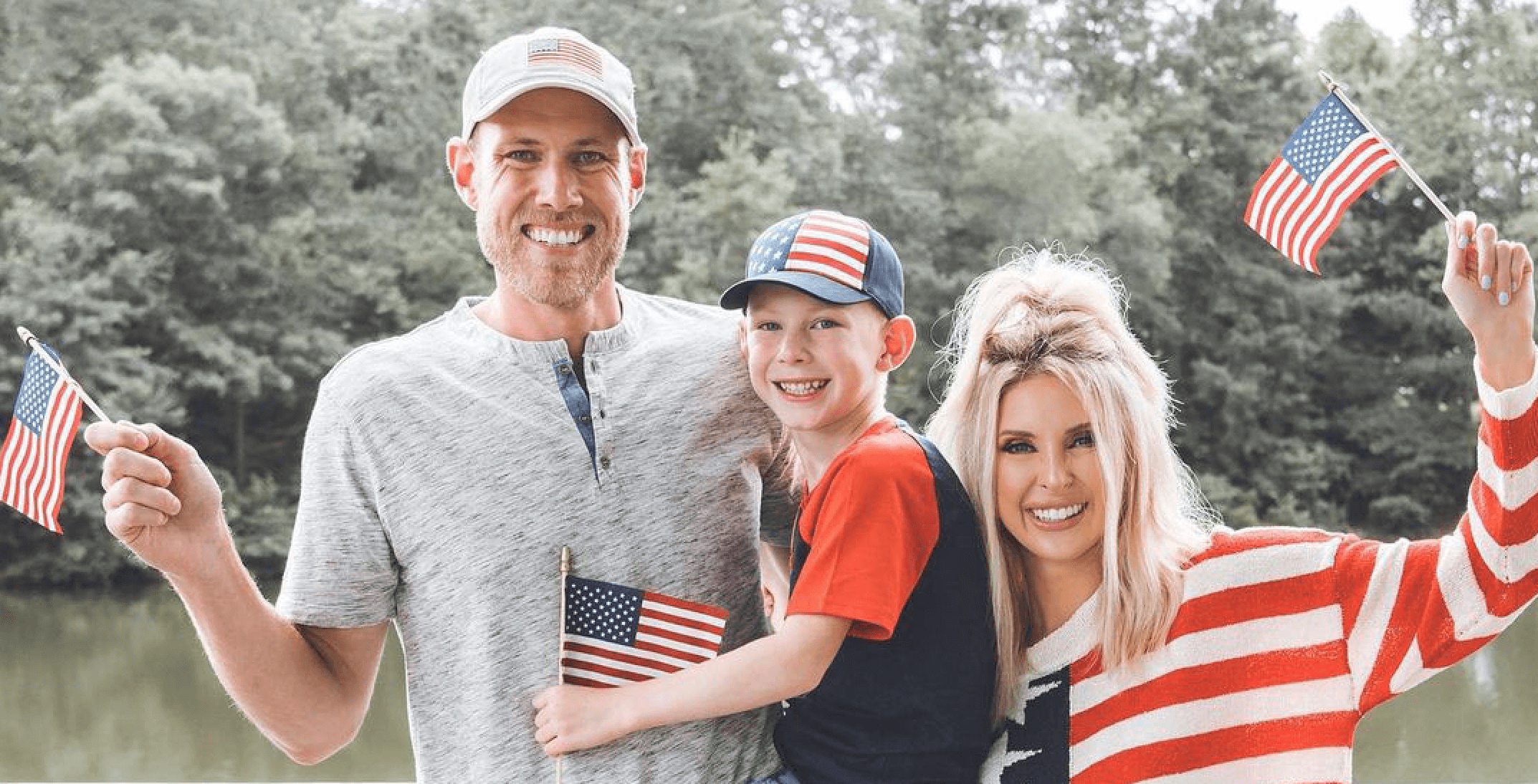 Lindsie Chrisley and her husband, Will Campbell, are ending their marriage of nine years. The “Chrisley Knows Best” couple announced their decision to divorce on both of their social media pages. Lindsie and Will share one son, Jackson, 9.

“While one door closes, another opens,” Lindsie wrote on Tuesday, alongside a smiling mother/son photo. “It’s with the deepest sadness that, after 9 years of marriage, Will & I have mutually decided to end our marriage.”

Lindsie added that they remain respectful of each other and grateful for their nine years together. 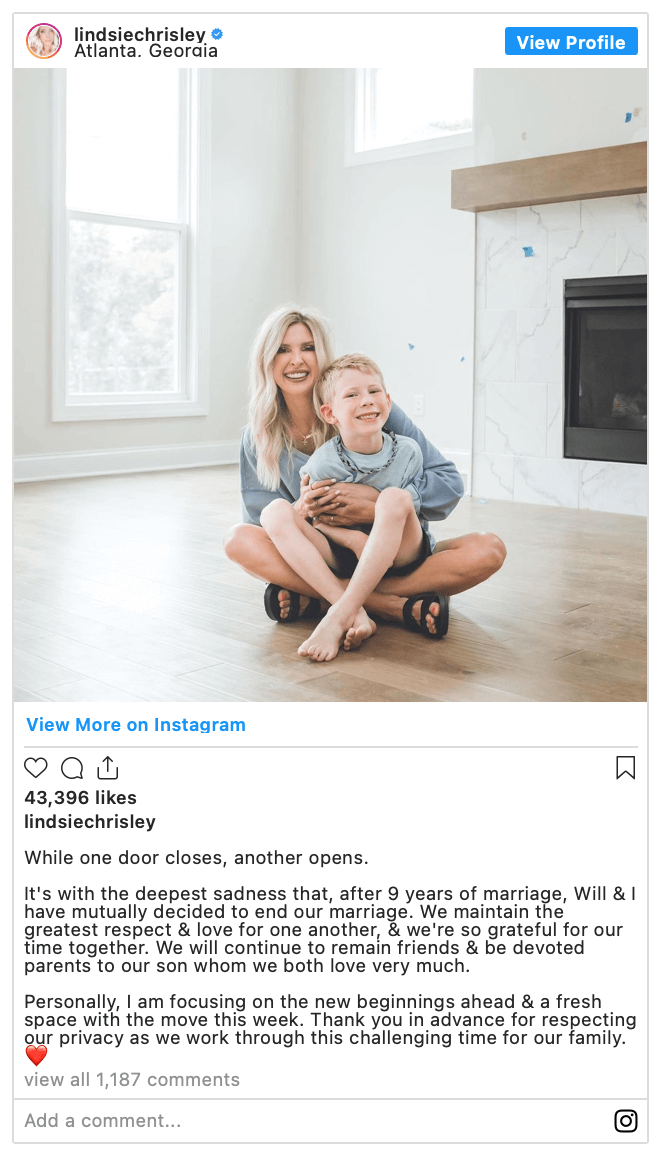 “We will continue to remain, friends, & be devoted parents to our son whom we both love very much,” the Coffee & Convos podcast co-host wrote about their son, whose birth was highlighted on a previous season of the popular reality show.

Lindsie filed divorce documents on Monday in Georgia, claiming that the couple’s marriage was “irretrievably broken.” The reality star is demanding temporary and permanent child support for their son, according to court documents obtained by TMZ. She stated that she and Will “are currently separated and living in bona fide state of separation.” She added that she wants to establish a co-parenting plan with her estranged husband.

Lindsie and Will tied the knot on January 3, 2012, after dating for a few years. 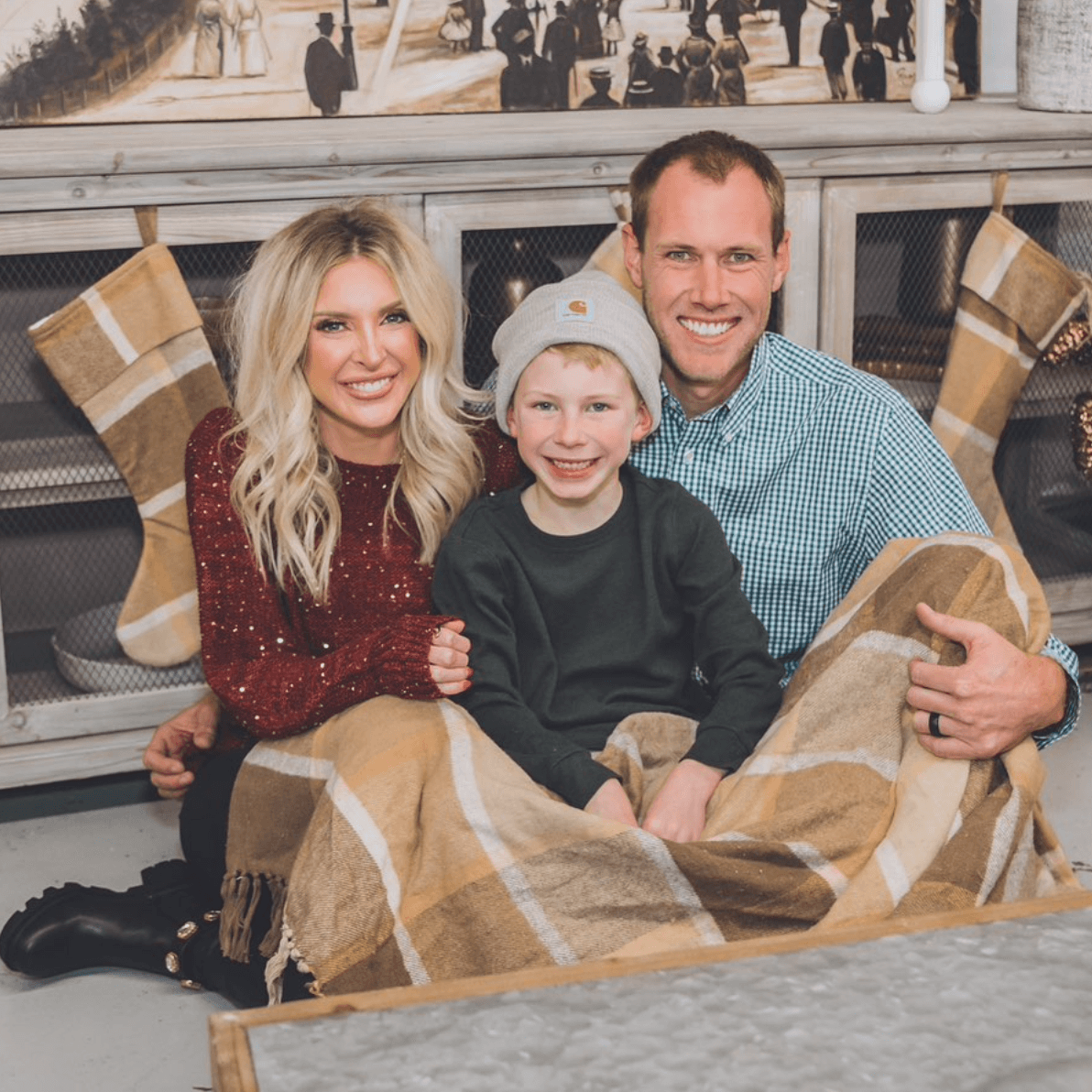 Viewers watched Lindsie butt heads with her father, Todd Chrisley, and stepmother, Julie Chrisley, over her relationship with her soon-to-be husband, and her decision to allow him to lead in their future marriage. She revealed that she often felt conflicted between her own family and her father and stepmom. Todd and Julie weren’t pleased after the couple eloped in 2012, and Todd expressed unhappiness over the duo’s move to “run off” to tie the knot. The reality TV patriarch was also upset that Will never asked his permission before proposing to his daughter. The family eventually moved past their beef, but their relationship remained on shaky ground. Some fans believe that the family tension ultimately played a part in the couple’s breakup.

Lindsie shared that her focus will be on “new beginnings” and building a new home. 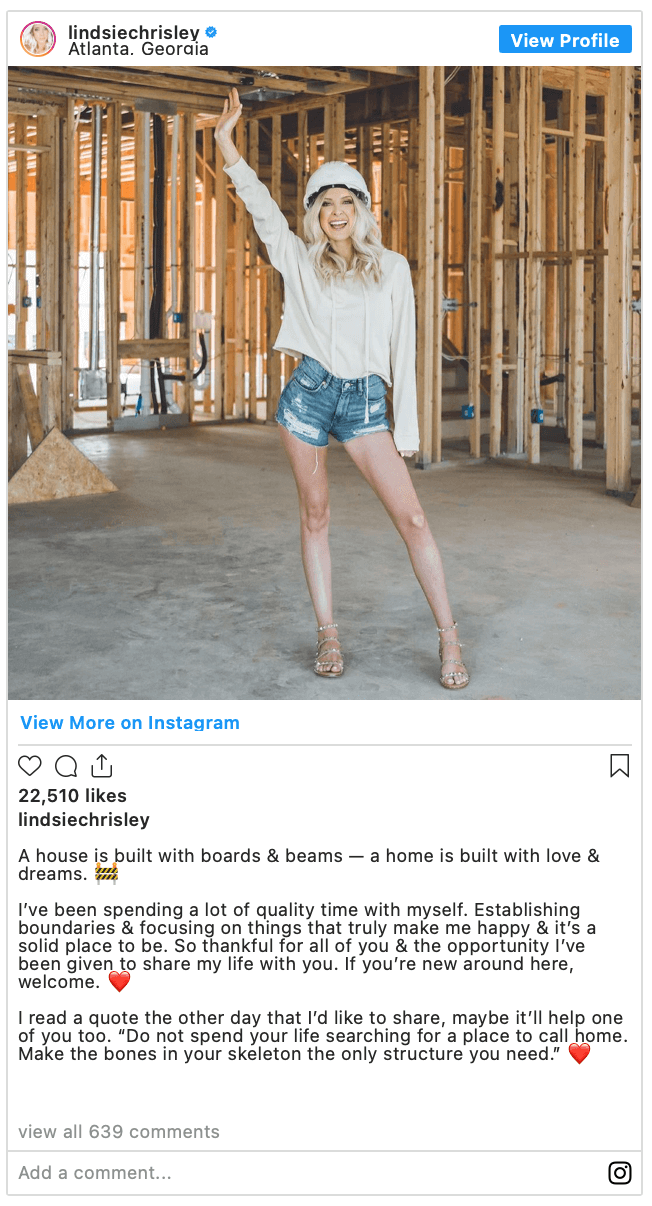 “Personally, I am focusing on the new beginnings ahead & a fresh space with the move this week,” the podcaster wrote on Instagram.

The USA Network star thanked her fans for their support, writing—“Thank you in advance for respecting our privacy as we work through this challenging time for our family,” punctuating her thoughts with a red heart.