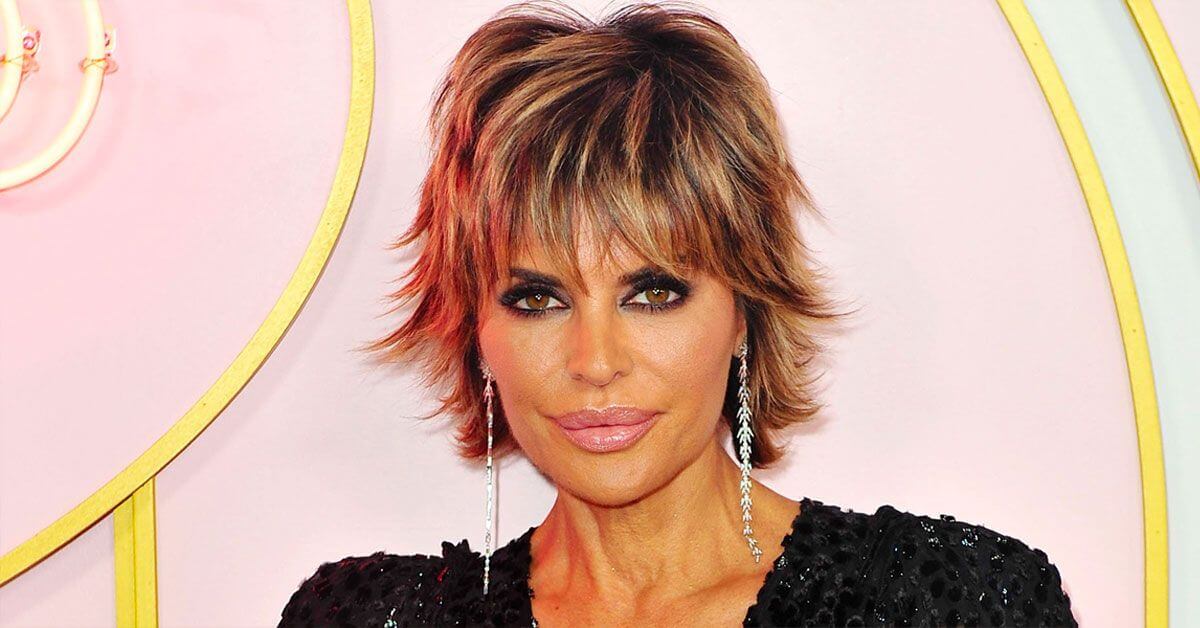 Lisa Rinna is returning to the “Days of Our Lives” stage to revive her role as Billie Reed, in a new 5 episode spinoff series. The Real Housewives of Beverly Hills star will jump from Bravo back to her daytime roots, in her reprisal of the beloved fictional character.

NBC, which airs the iconic soap series, announced that Rinna was poised for a comeback, on Monday.

“Billie Reed is back,” Rinna, 58, wrote on Instagram to promote the upcoming miniseries, “Days of Our Lives: Beyond Salem,” which will air on Peacock, NBC’s streaming platform. 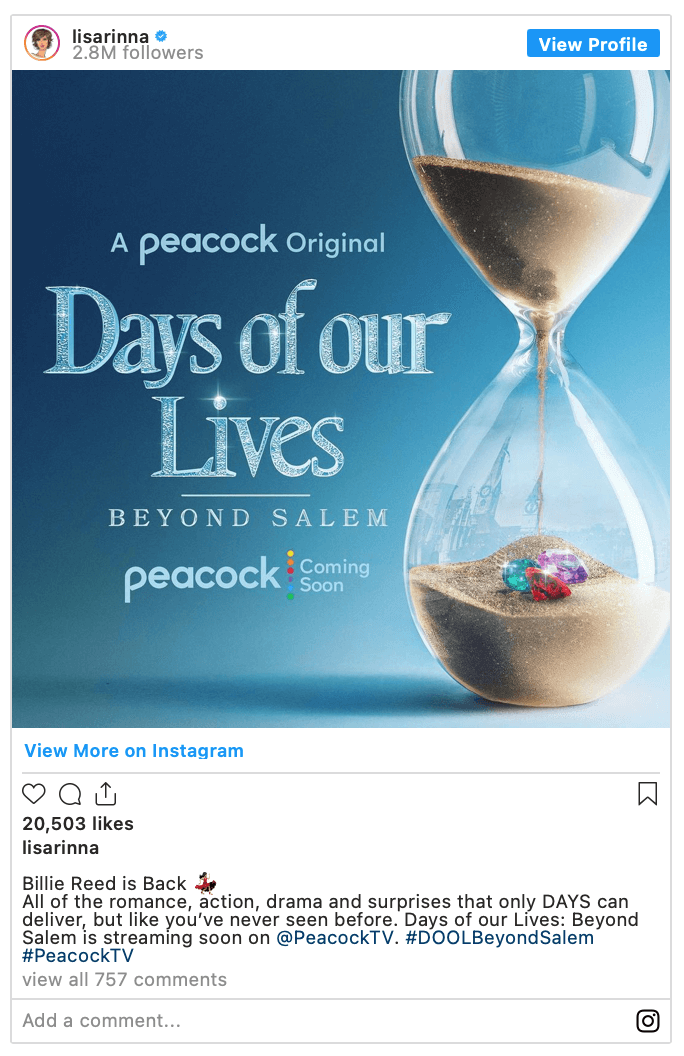 Rinna’s began her time on “Days of Our Lives” in 1992, and was an on and off cast member until 2018. Rinna’s return as Bille Reed will be the first since the reality star departed the show in 2018.

NBC gave viewers a peek at the plot of the Peacock series ahead of Rinna’s return.

“Over a long weekend, John and Marlena travel to Zurich; Ben and Ciara have a romantic getaway in New Orleans; Chad visits some old friends in Phoenix; and Abe, Paulina, Lani, and Eli vacation in Miami. All find themselves embroiled in a mystery involving stolen jewels which, in the wrong hands, could cause dire consequences for Salem. It’s a race against time for ISA agent Billie Reed as she crosses the globe in search of this missing treasure.” 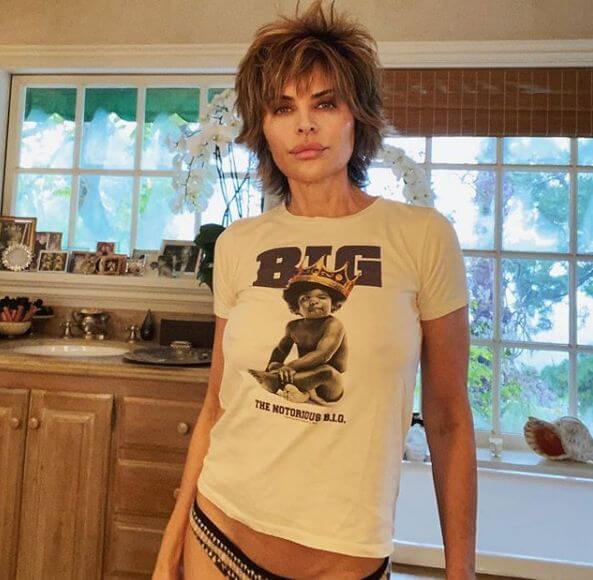 Two other legendary characters will also be brought back—Drake Hogestyn as John Black and Deidre Hall as Dr. Marlena Evans.

Five episodes of the limited series have been ordered by the network. The original show, “Days of Our Lives,” has aired more than 14,000 episodes since its debut, in 1965. NBC released another “Days” spinoff two years ago, an eight-episode limited series called “Last Blast Reunion.” 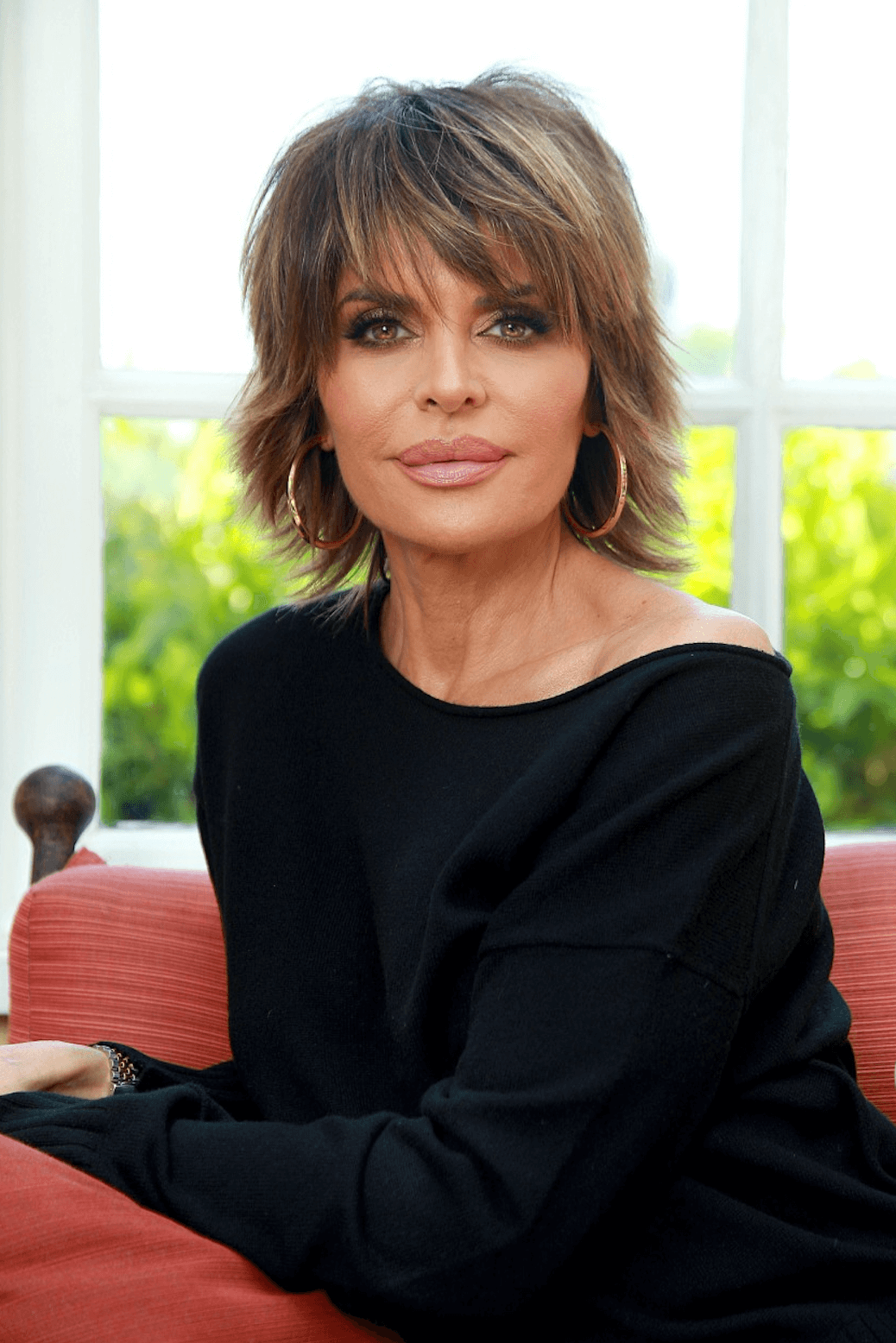 Lisa Rinna made headlines last week after she was hit by a lawsuit for allegedly swiping paparazzi snaps of herself and sharing them with her social media followers.

As reported—legal documents allege that the RHOBH star posted at least eight photos that she supposedly pilfered from the paps. Backgrid claims that the reality star infringed on copyrighted material and that the company owns the photos posted on the Bravo star’s account.

The company added the reality star not only shared the pics but “contributed to the reproduction, distribution and public display” when she prompted her 2.7 million Instagram followers to share the photos. Backgrid noted that Rinna is a popular personality and that her IG shares are often viewed by hundreds of thousands of people. The company said that they sent a letter to Rinna’s lawyer in February, but that both parties were unable to settle their dispute. They claim that they have “suffered substantial economic damage” because of the RHOBH star’s actions. They’re suing for $1.2 million in statutory damages and are demanding that Rinna cover their legal fees.