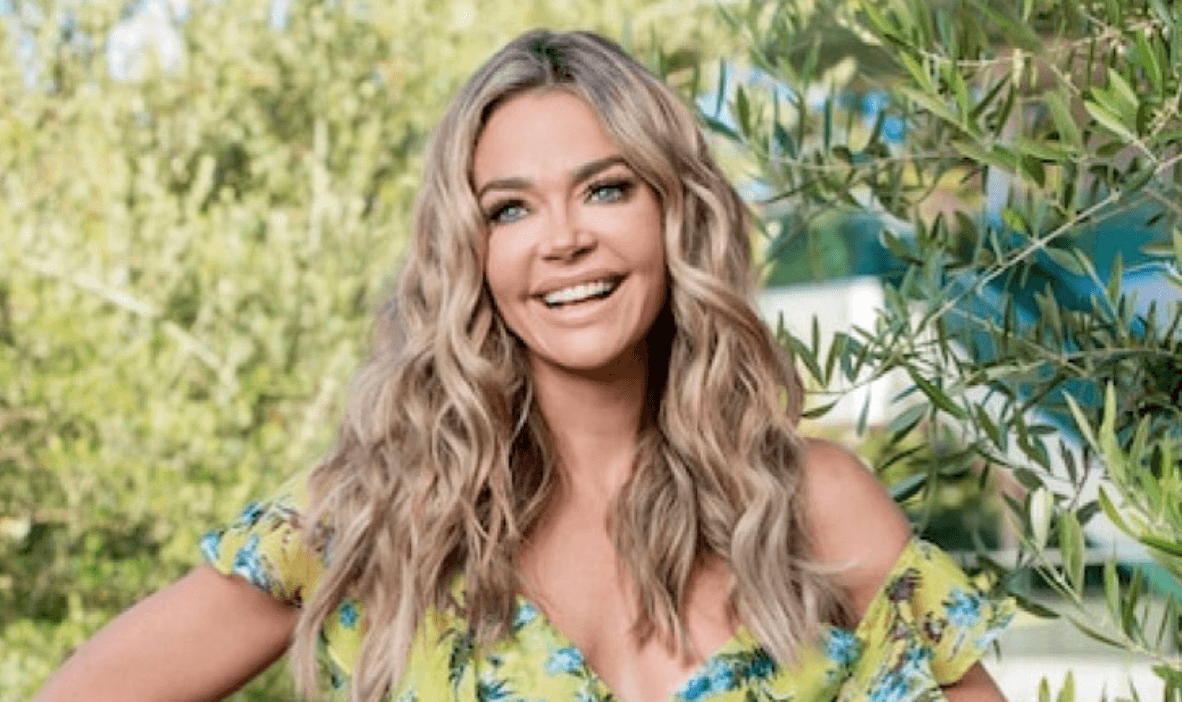 Denise Richards is having regrets over her decision to walk away from the Real Housewives of Beverly Hills, according to a recent report by OK!

The two-season cast member exited the reality show last September “because she was burned out by all the pettiness, name-calling and infighting,” according to a source.

The actress was particularly incensed by Brandi Glanville’s claim that they had hooked up in 2019, one year after she wed her husband, Aaron Phypers. The RHOB alum alleged that Denise had been “sexually aggressive,” but the actress vehemently denied all affair rumors. Denise defended herself as the story exploded, during an interview with The Washington Post. 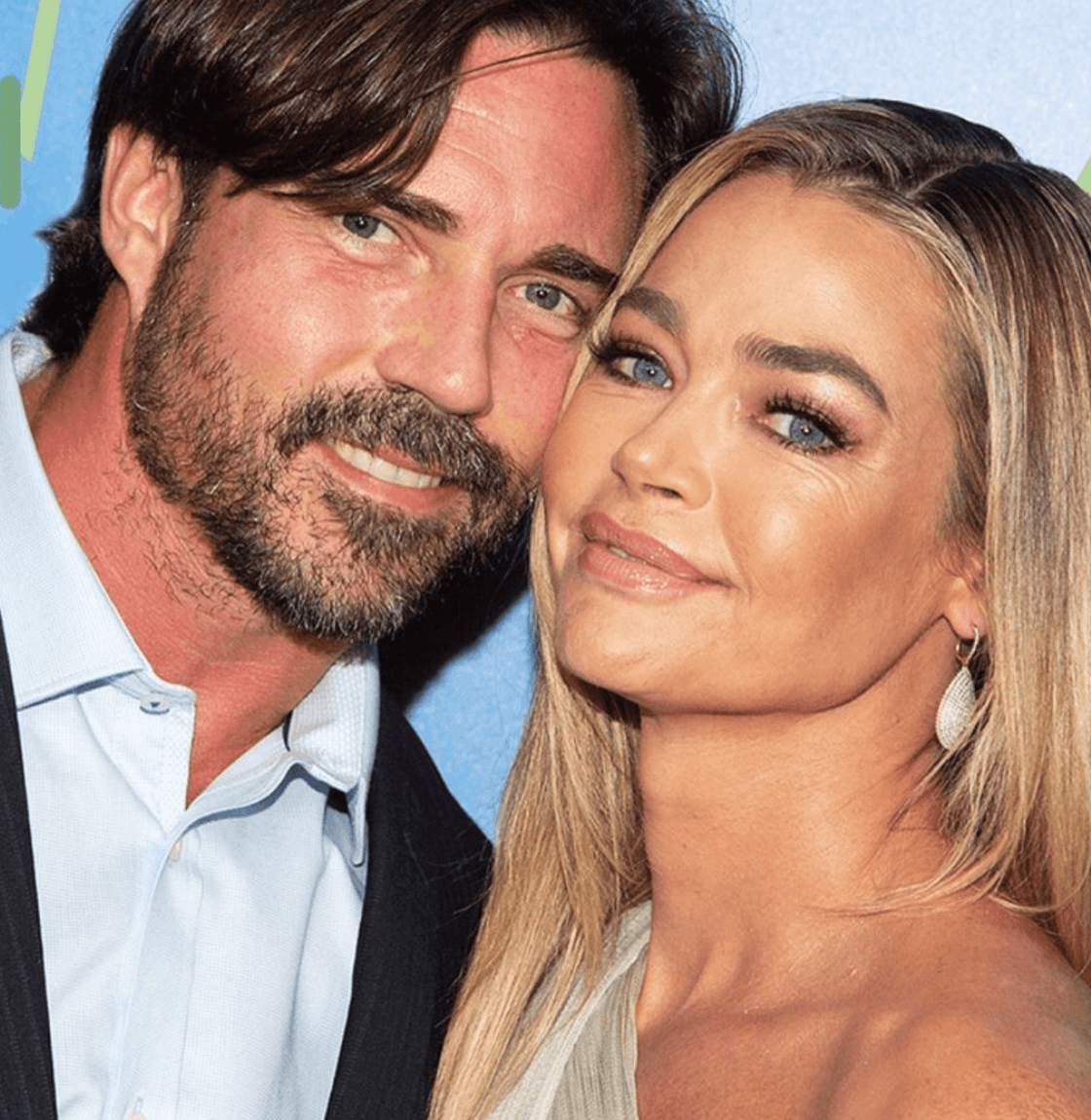 Fans know that Lisa Rinna kept the rumor cranked amid cast chatter, which led to Denise feeling betrayed by her former pal.

Denise blames Rinna for “keeping the affair rumors percolating,” the insider claimed. “She expected Lisa to take her side.”

Denise spoke out about her decision to ditch the show, last September.

“I had a great first season. The second season was challenging,” Denise admitted during an appearance on chat show, “The Real.”

“I just thought it was the right time for me to go and to just keep focusing on the other projects that I have,” she added. “I had a great time. I will always be a fan and I will continue to support the show.” 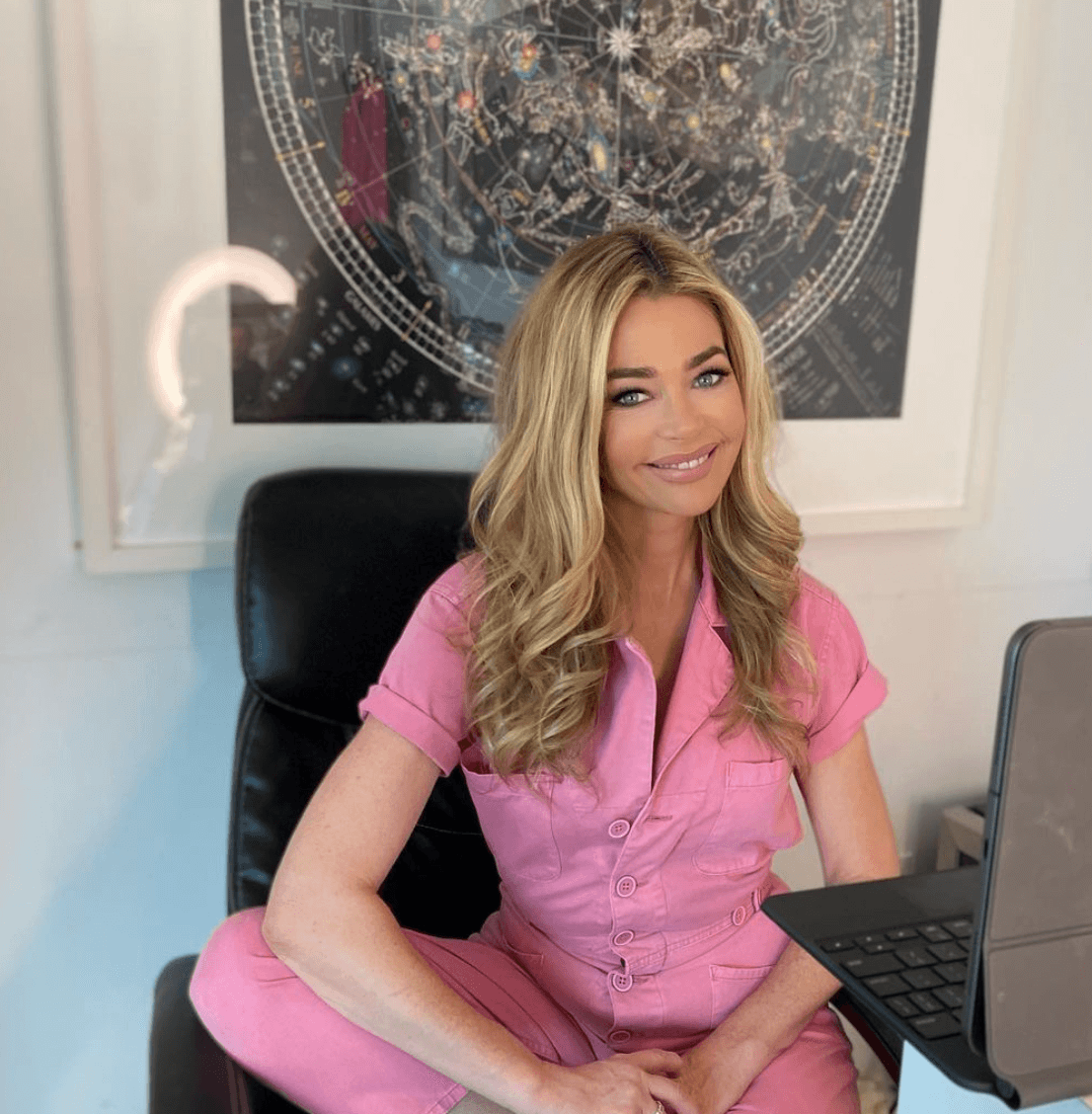 Denise reportedly left the show halfway through the most lucrative deal of any RHOBH cast member, a four-year, $4 million contract. The insider told the outlet that she now “realizes that was a mistake, because it was a lot of easy money.”

“Word is she wants to return to the series,” the source added— “but it’s hard to imagine the producers would welcome her back.”

As reported earlier this month—Denise denied that she demanded that Bravo cut Lisa Rinna so she could return to the show, despite Garcelle Beauvais hinting at the idea during an appearance on “Watch What Happens Live.” Denise took to Twitter to shoot down the rumor, in early July.

“And for the record. Did not demand an ultimatum,” Denise tweeted on July 2, after thanking a fan for shared support. 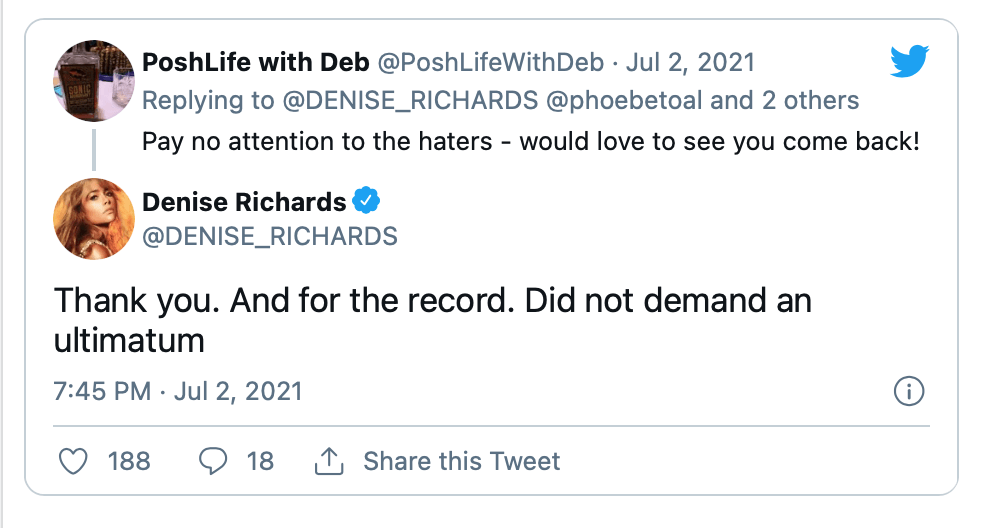 Brandi decided to throw in her two cents on Denise’s denial, alleging that the actress had made similar demands in the past.

“Funny [Denise Richards] claims not to have given Bravo an ultimatum with [Lisa Rinna] but she sure did with me! She told Bravo she would not participate in the reunion if I was there so I was canceled morning of. Bravo paid me double [’cause] they felt bad,” Brandi wrote on Twitter, on July 7. 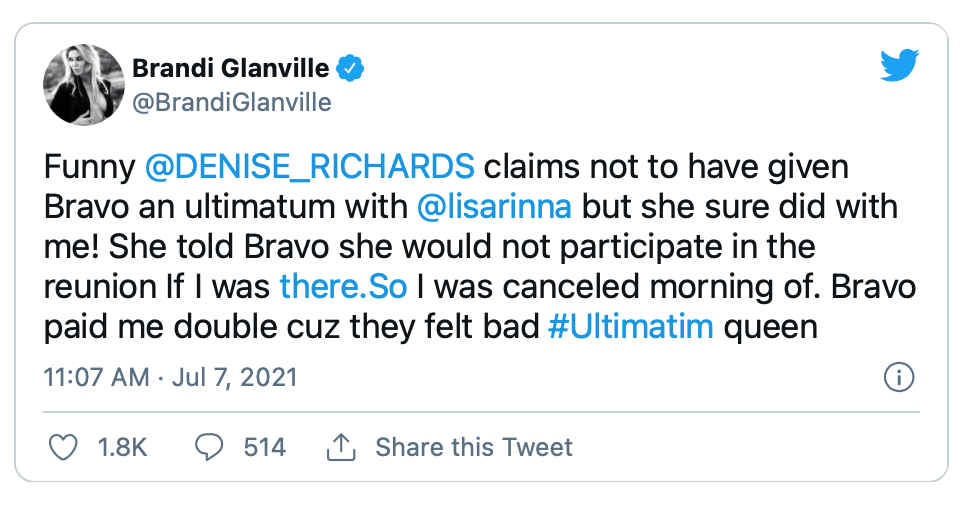 Brandi and Denise were scheduled to face off on the reunion stage over Brandi’s sexual encounter claim, but Brandi later clarified that she and Bravo agreed on the day of the taping that she would not attend the cast sit-down.

“They wanted the other women to hash out their differences without me being there,” Brandi told Celeb Magazine at the time. “Had I been there, I would have been the [Camille Grammer] of the last reunion. I would come in at the end of the reunion and then I would end up being the focal point even though I wasn’t a full-time cast member.”