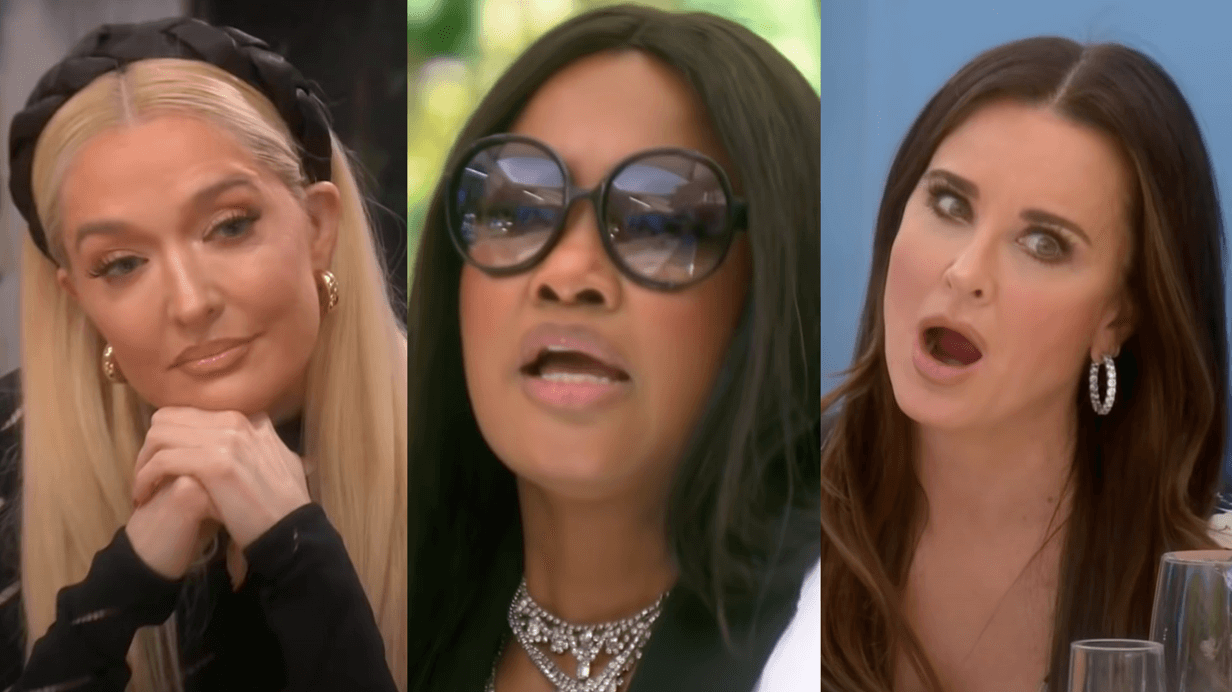 Bravo has revealed that an unexpected feud will soon heat up on The Real Housewives of Beverly Hills. Fans have watched conflict unfold between Sutton Stracke and Crystal Minkoff and dramatic showdowns between Kyle Richards and Dorit Kemsley, but a released sneak peek of the remainder of the season points to a beef between Dorit and Garcelle Beauvais.

“You’ve been making a lot of jabs at me,” Dorit tells Garcelle in the preview, who responds, “F–k you with that.”

Kyle’s jaw drops at the exchange, which seemingly catches the cast off-guard.

Garcelle didn’t share that she was at odds with Dorit during filming season, only naming her co-star the “best dressed” among the cast, during a May interview with Entertainment Tonight. Garcelle did note that all of the ladies were “great actors.”

Dorit fired back at Garcelle’s comment during a May 26 interview with Access Hollywood, after her co-star dissed the cast as inauthentic.

Dorit was asked which one of her cast-mates is “acting a bit too much” and “not being too authentic” on the show.

Dorit’s remark came on the heels of Garcelle‘s shady interview but perhaps hinted that a feud was brewing.

She retweeted a quote from Twitter account @SagittariusTerm which said—“#Sagittarius have a tendency to be very picky about who their friends are.”

Viewers can expect lots of twists and turns as the RHOBH season continues. Luxury vacations, posh dinner parties, and more notable moments from Kathy Hilton will play out against the scandalous legal drama surrounding Erika Jayne.

“If he stole the money I’d like to know where it is,” Erika comments about her estranged husband, in the sneak peek video.

“Have we been duped by the lies?” Sutton asks about the developing scandal.