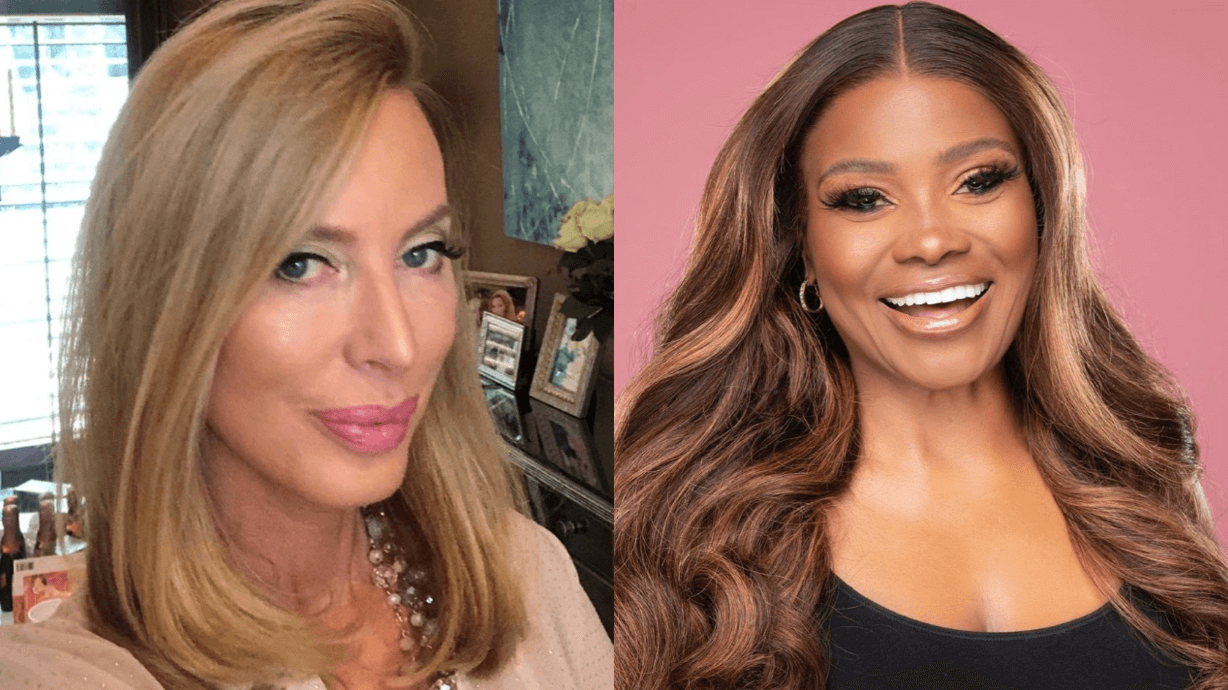 Kari Wells set the record straight on Twitter after Dr. Heavenly Kimes referenced her relationship with her husband, during Part 3 of the Married to Medicine reunion.

Bravo replayed the clip where Kari referred to Heavenly’s husband, Dr. Damon Kimes as “Daddy” while meeting at a dinner during the cast trip to Washington D.C.

“Daddy was behaving. We double-checked,” Kari remarked, which triggered a quick comeback from her co-star.

“You don’t call my husband ‘Daddy.’ He’s Dr. Damon to you,” Heavenly fired back, to which Kari replied—”OK, sorry, darling. Dr. Damon Daddy.”

Reunion host, Andy Cohen, read a fan question that asked the women if they enjoyed watching Heavenly “get as good as she gives” when it comes to dishing out shade.

“I do,” Toya Bush-Harris chimed in. “When Heavenly go at it, Heavenly can be hilarious.”

Heavenly then commented about her tense moment with Kari.

“I have a history of going too far,” she admitted. “When she said ‘Dr. Damon Daddy,’ I was about to say something about Duncan [Kari‘s husband].”

Heavenly repeated rumors about the start of Kari’s relationship with her husband of nearly 20 years, which surfaced during the first season of Married to Medicine.

“But that was too far,” Dr. Heavenly noted after hinting at the speculation. “That’s why I didn’t say it, Andy. That’s why I wouldn’t say that.”

Andy snarked that while some viewers were “impressed” at Heavenly’s restraint at the moment, he added —”I don’t know if they still are.”

Kari sounded off on Twitter about the conversation writing—”Heavenly, stop making up lies about me [and] my life, (which [you] know nothing about).”

”Especially when I am not there to defend myself,” Kari added on Instagram.

Heavenly and Kari traded blows on social media last month, ahead of the aired reunion.

Heavenly put her co-star on blast on her YouTube channel, addressing Dr. Jackie Walters’ claim that Kari referred to her as “the help.” She also took issue with Kari calling her out for confusing the British flag—the inspiration behind Kari’s bikini worn during a cast trip to Jekyll Island—with the confederate flag.

Heavenly was recapping the season finale episode on her YouTube channel with co-star, Anila Sajja, when she went off on Kari.

“Cause I don’t like no white woman saying anything about ignorance. You know I was playing about that d*mn British flag. F*ck you Kari, okay?” Heavenly ranted. “Call me the help and say I’m ignorant, I’m laying into Duncan’s a*s. And I’m not too far off the kids.”

Kari previously accused Heavenly of coming after her husband during the reunion taping.

“I have a question: Why the F did u lie about my husband (who u don’t even know) at the reunion???” Kari asked Heavenly on Twitter.

“These recycled friends are soo thirsty. Watch me block them,” the Bravo star quipped.

“Cause the people had said, now I don’t know what’s real or not or ain’t but they say you was his medical mistress now that was season one. And you was f*cking Duncan before y’all was married. You wh*re!” Heavenly said about  Kari’s marriage during her YouTube recap.

“I find her opinion interesting, however, not truthful. This is what she does, calls people out when they cannot defend themselves. She blocks them, so they cannot respond to her inaccurate viewpoint. Too afraid to say things like this to my face,” Kari wrote.