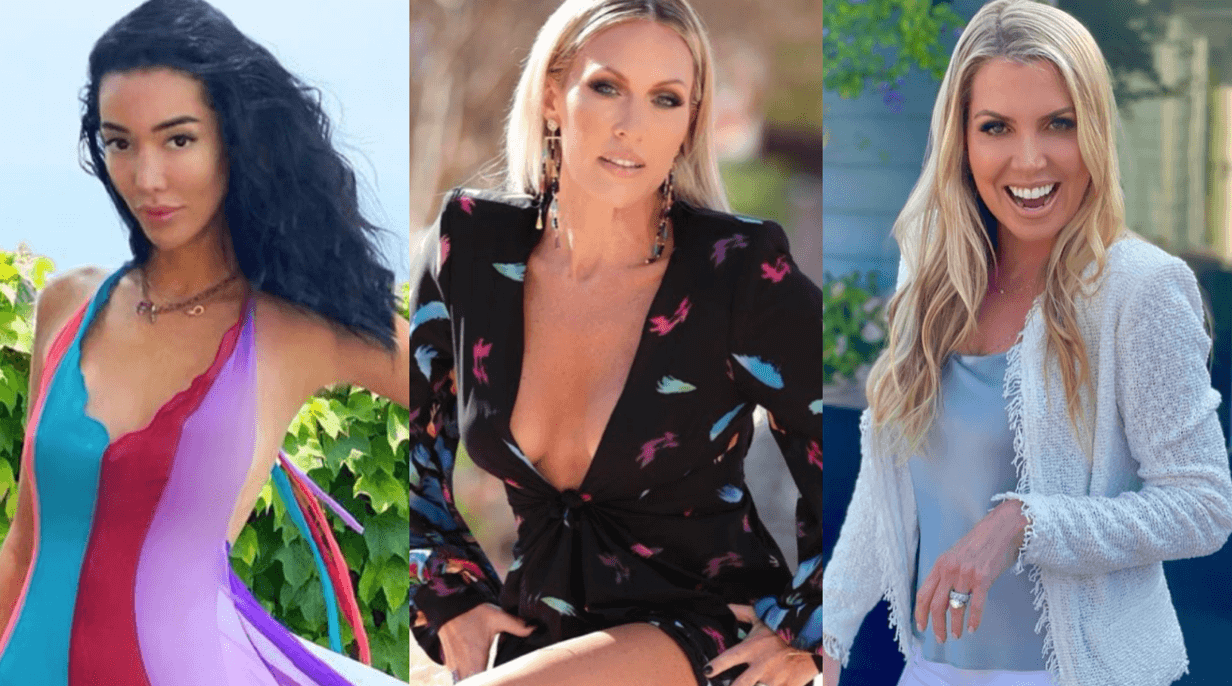 Friends of Braunwyn Windham-Burke have reportedly signed on to the Real Housewives of Orange County, only days after Bravo cut ties with the controversial mom of seven. A popular Housewives fan account leaked that Noella Bergener, Dr. Jennifer Armstrong, and Nicole James will round out the Season 16 cast alongside returning cast members, Shannon Beador, Gina Kirschenheiter, and Emily Simpson, and comeback veteran, Heather Dubrow.

Braunwyn used to be close to Noella Bergener, as revealed on both of their social media accounts. The former besties posted about each other for months, but their friendship appears to have cooled as Noella’s last mention alongside Braunwyn was posted in May.

Shannon Beador, Gina Kirschenheiter, and Emily Simpson are the only cast members returning after a bumpy Season 15. Bravo announced the cast shake-up last month, firing Kelly Dodd and Elizabeth Vargas along with Braunwyn.

The casting news comes after Braunwyn and her estranged husband, Sean Burke, were hit with a lawsuit that alleges that the former Bravo couple owes $45k in unpaid rent. All About The Tea obtained court documents that reveal that Karen Ogden, the owner of the Newport Beach rental leased by the couple, filed a civil suit on July 12.

The landlord states in the lawsuit that the couple rented the 5-bedroom/ 6.5 bath, 8000 square foot home in January 2020. The reality stars agreed to pay $15k a month for an eighteen-month lease. The documents claim that Braunwyn and Sean have not made rent payments for three months. Ogden reportedly notified the couple that they would be evicted, last month. The landlord is requesting that the duo hand over $45k or vacate the home immediately.

Sean recently responded to the lawsuit, filing his own legal paperwork. He admitted to owing the back rent payments but demanded that the suit be dismissed. He attached an email exchange between himself and the lawyer repping the landlord.

“Please be aware that our family is very public, and word of this filing has already hit many news channels in this country. It is severely impacting Braunwyn’s reputation and as a result her income,” Sean wrote in one email.

The couple recently revealed that they were officially separating and plan to live apart for two months. The sacked RHOC star revealed during an Instagram Live session that she was preparing to pack up and move to Hawaii with the couple’s seven children, leaving Sean behind in California. Sean will live in a Newport Beach rental, owned by Braunwyn’s girlfriend, Fernanda Rocha.

“We’re going to see what that’s like, living apart for a little while,” Sean told fans on Instagram.

“What we would like to do is when this is over, is to get a house that the kids stay in, and then we might go [back and forth],” Braunwyn explained. “We haven’t decided if, after this little experiment of having a few months apart, if we are gonna come back together and live together as friends and family, or if we’re going to just keep the kids in the house and we’ll come in and out.”

The Real Housewives of Orange County Season 16 is currently in production and is expected to return to Bravo this winter.