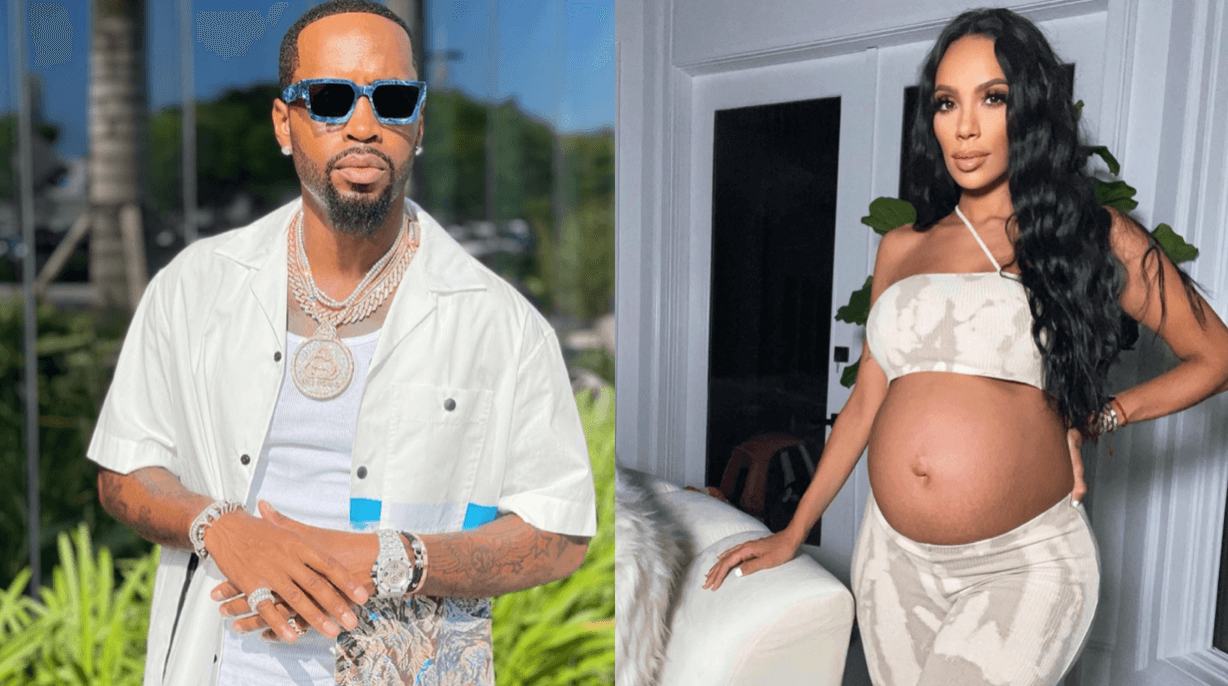 Safaree Samuels has accused Erica Mena of destroying his property, including pricey sneakers and motorbikes. The Love & Hip Hop star filed court documents asking a judge to hold Erica in contempt for violating their domestic relations standing order, which forbids the destruction of property or harassment during their divorce process.

Safaree made sure to add that Erica was eight months pregnant with their second child during her alleged destructive tirade. He also claimed that home security cameras captured the rampage—and that he was prepared to hand the footage over to the court. He is asking a judge to require Erica to reimburse him about $50k to cover the cost of the damage. Safaree added that he was considering reporting his ex to the police, and pursuing criminal destruction charges.

He pointed out that while Erica puts out a public image of an overwhelmed mother caring for a newborn, she evidently “has ample time to engage in disruptive and intentional acts to vilify and disparage” him. He alleged that his soon-to-be ex-wife changed the locks and security codes on the family home, where they once lived as a couple.

As reported—drama exploded between the reality stars earlier this month, after an Independence Day party was thrown to celebrate Safaree’s birthday.

He reportedly brought along Kaylin Garcia, the ex-girlfriend of Joe Budden, as a date. The duo was spotted getting cozy at the party and word seemingly got back to Erica, who had recently given birth to the ex-couple’s second child.

Erica took to her Instagram Story to sound off about the budding romance between her ex and Garcia.

“@Kaylin_Garcia real talk I been in the shoes of dealing with a man who lived a double life and I had no clue he was married,” Erica wrote. “But you ! Know Safaree is married. Who don’t know that. Not to mention he real friends with Joe Budden your ex. Safaree just had a baby who he hasn’t seen in 4 days that’s in the NICU. That’s also no secret. I’m blasting both of you since he told you to lay low tonight–clearly you both know I found out y’all been f***ing all weekend. My son not even a week old yet and he d***ing you down. I hope this is something you proud of shorty. This man lost his whole family officially. I wish you both the best.”

Garcia later responded to Erica’s comments on her own Instagram Story.

“For years I have been to myself. No blogs, no drama. I am a women [sic] who is about accountability and morals,” Garcia said. “The fact that I have been called out for absolutely nothing to me is insane. Me and Safaree are friends and nothing more. Thanks! Everyone stay blessed. And let’s continue to spread love and light!”