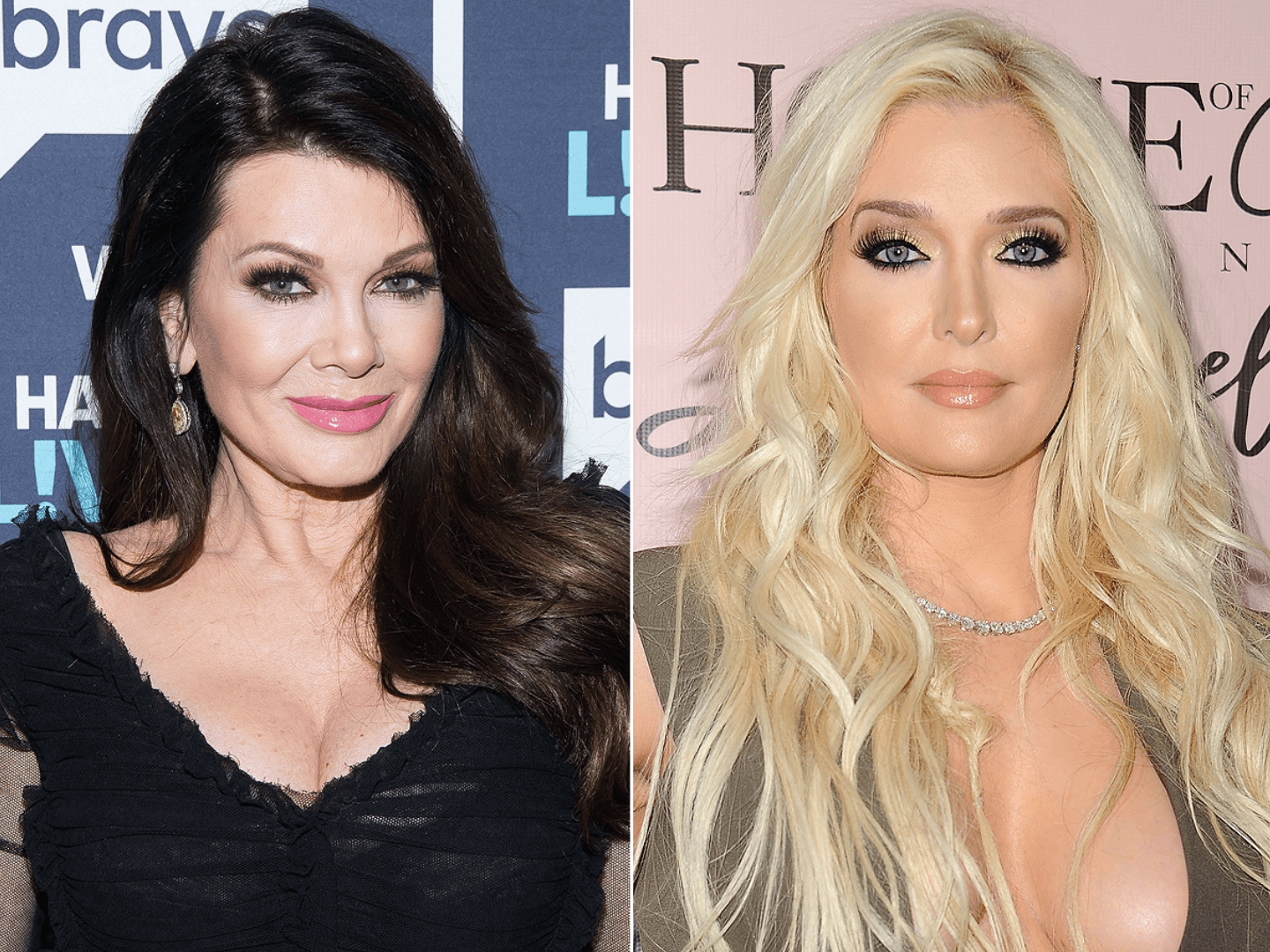 The duo was discussing if it was acceptable to spoil yourself with your own paycheck when Lisa’s claws came out.

“I’m not stealing it or taking money that’s not mine, or taking someone else’s money,” Lisa quipped, without mentioning Erika’s name.

Lisa added that she didn’t want to “go there” despite the pair knowing exactly the subject they were talking about. Heather commented—“I know nothing,” but Lisa hinted that she had inside info about Erika’s legal scandal.

This wasn’t the first time that Lisa took aim at her former castmate.

Last month, Lisa responded to a viewer on Twitter, who sounded off about the cast’s deafening silence amid the scandal. The fan took issue with the cast remaining mute on Erika’s legal woes, after mercilessly slamming Lisa Vanderpump during a previous season.

“Where’s the outrage???? Kyle, Rinna, Dorit, Teddi have vilified Lisa Vanderpump for something she DID NOT DO for 3 yrs by going on talk shows, podcasts, interviews, RHOBH, but when it comes to Erika stealing/withholding funds from victims, spending it on glamor, they’re SILENT!!!” the fan wrote on Twitter, on June 16.

The Vanderpump Rules boss cosigned the observation the next day, writing—“It’s unbelievable really.”

Fans continue to wonder just how much Erika Jayne knew about her estranged husband’s alleged shenanigans, as the current season of RHOBH plays out. Viewers have been growing more suspicious about Erika’s role in the unfolding legal scandal, and have been sounding off on social media.

Several fans took to one of Erika’s Instagram posts after news broke about a recent judgment that allows one of Tom’s alleged victims to pursue a collections lawsuit against the RHOBH star.

“You already took it, now it’s time to give it back. The stolen money that is…” one fan said in the post’s comment section.

“So happy with the judge’s rule!! 🙌🙌🙌 I hope you’re all buckled up and ready to pay the victims 😎😎” another follower said.

“We know you can take it, but can you give it back?” a viewer asked.

“Girl give those people their money,” a follower demanded.

“Take what? Losing all your assets now that the bankruptcy judge has ruled in favor of the victims?” another asked.

A fan added—“I mean you don’t really have a choice do you. Pay the victims!”

As reported—last week, a judge ruled that Joseph Ruigomez, Jaime Ruigomez, and Kathleen Ruigomez, can pursue a collections lawsuit against the reality star.

The family was given the green light to collect the $11 million owed to them,  per a 2020 lawsuit. The judge previously placed a stay on Tom’s assets amid an ongoing Chapter 7 bankruptcy investigation against the attorney and his law firm, Girardi Keese. The trustee’s special litigation counsel confirmed that Girardi Keese transferred $20 million to Erika’s businesses, which opened the door for the Ruigomez family to go after the Bravo star.