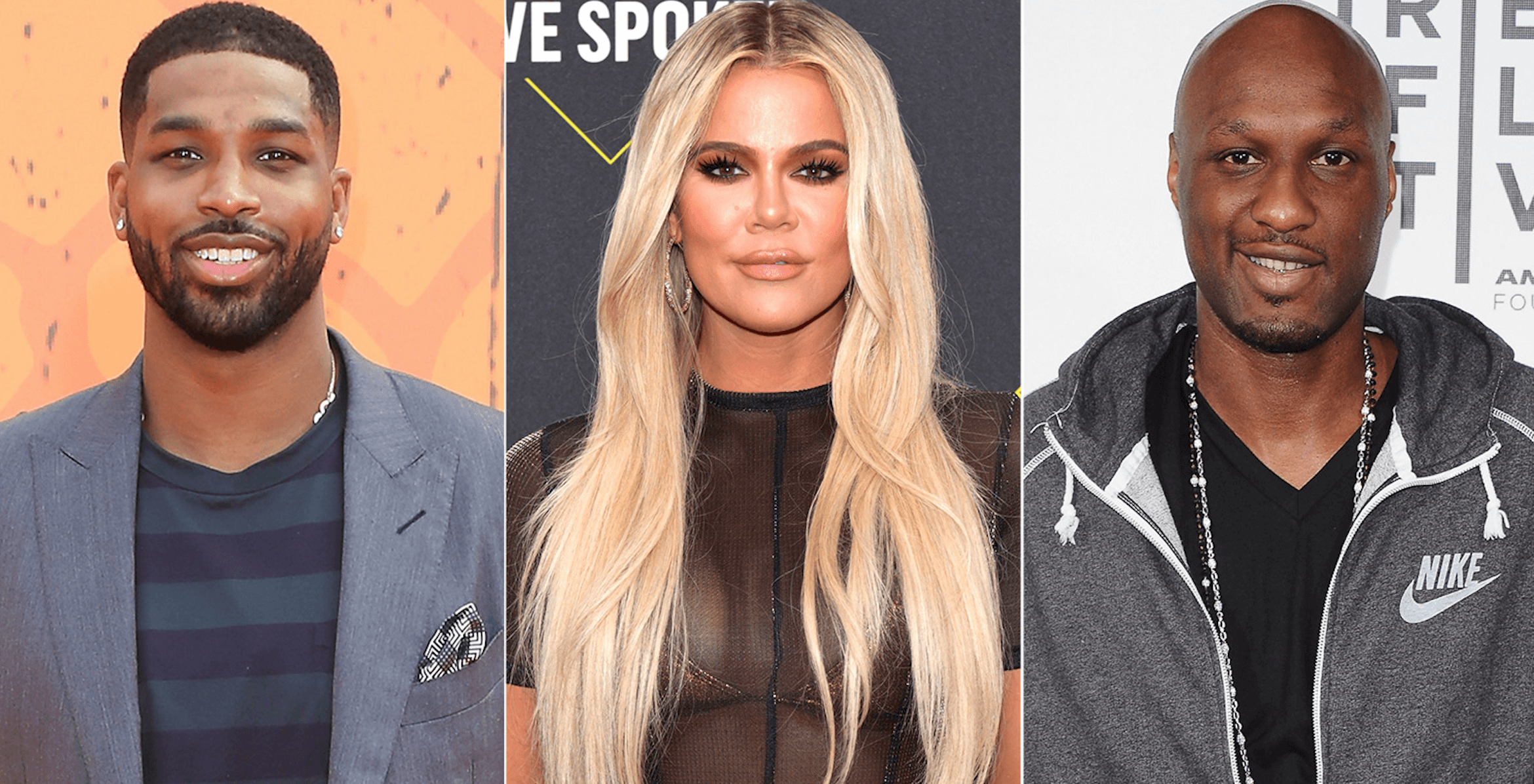 Khloe Kardashian landed in a love triangle after posting a sexy photo on Instagram, last week. On Friday, the Keeping Up With the Kardashians star posted a bikini selfie, snapped while she was enjoying an outdoor shower. Lamar Odom, who has been romantically linked to “Love and Hip Hop” star, Karlie Redd, decided to express his appreciation by writing—“Hottie 🔥🔥😍😍❤️🥰🥰.”

Khloe recently called it quits with Tristan Thompson but that didn’t stop the habitual cheater from taking aim at Khloe’s ex-husband.

Khloe shares a three-year-old daughter, True, with Tristan. The Boston Celtics player shared his own thoughts on his ex’s bikini selfie in a separate comment, which featured drooling face emojis—  “❤️❤️🤤🤤.

Lamar and Khloe tied the knot in 2009 and officially divorced in 2016. Khloe and Tristan broke up after recent rumors of infidelity swirled around the NBA star. Tristan’s campaign to win Khloe back was highlighted during the final season of KUWTK.

“They’re getting along. There is no drama,” a source told Page Six in June, adding that “everything is amicable, and they are on the same page with co-parenting.”

It appears that Tristan is still pursuing the ex-reality star, despite their recent breakup.

TMZ reported that the couple’s most recent split went down after allegations of another cheating episode circulated last month. Sources told the outlet in June that the couple broke up shortly after a woman named Sydney Chase alleged a sexual romp with Tristan after he had reconciled with Khloe. Page Six was the first to report on the pair’s latest breakup. Tristan reportedly acknowledged that the split occurred after Sydney’s allegations hit the internet, but the NBA player denied her claims.

“It was a peek-a-boo d–k, but, baby, it was good,” Sydney claimed on the “No Jumper” podcast when asked about Tristan’s “uncut” penis.

“It happened, and then I found out he was not single, and I cut him off,” Sydney said.

Khloe and Tristan’s latest breakup came after a June Daily Mail report alleged that Tristan was spotted entering a room with three women at a Bel Air bash, later exiting the room in a “disheveled” state. He was photographed with Khloe and True less than 24 hours before the incident.

Khloe seemingly reacted to the cheating rumor involving Sydney by posting a cryptic statement on Instagram.

“People who don’t hesitate to share a kind word or do a good deed to brighten someone else’s day are the best kind of people,” she wrote.

“Remember, most of your stress comes from the way you respond, not the way your life is,” the quote reads. “Adjust your attitude. Change how you see things. Look for the good in all situations. Take the lesson and find new opportunities to grow. Let all the extra stress, worrying, and overthinking go.”