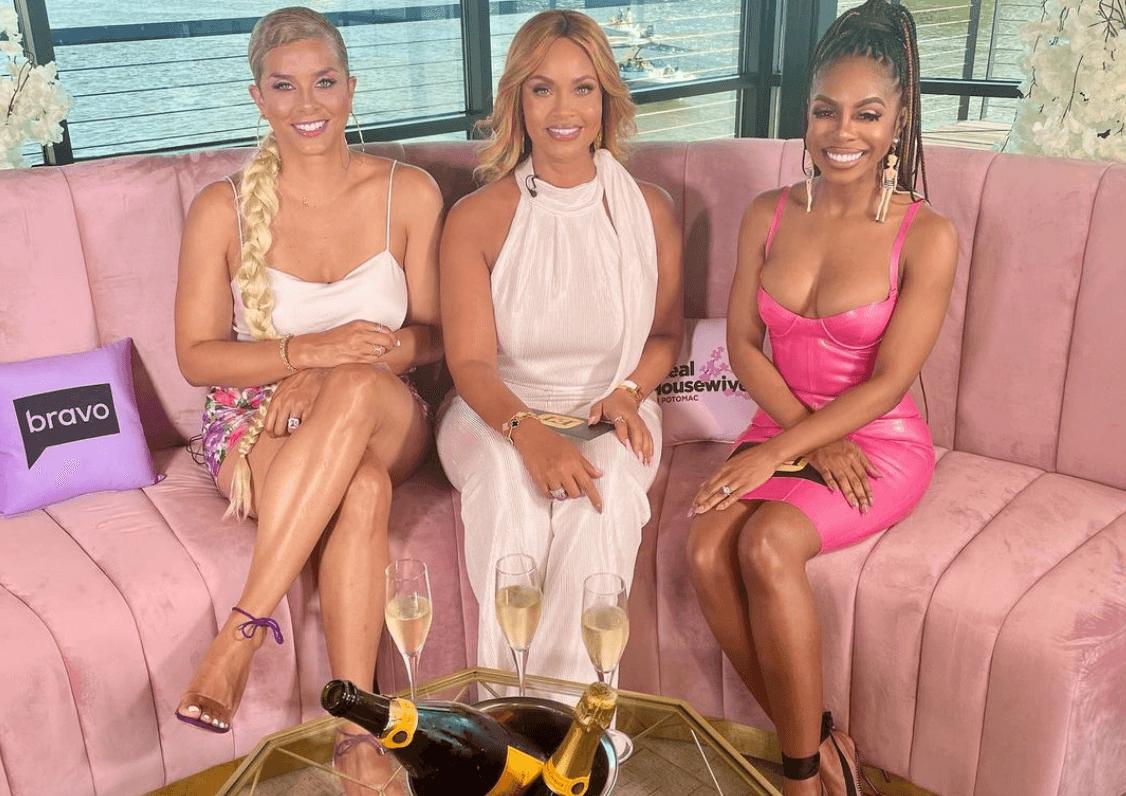 Gizelle Bryant and Robyn Dixon recently came to the defense of their Real Housewives of Potomac co-star, Ashley Darby, amid controversy over comments made by Candiace Dillard-Bassett.

Last month, a fan wrote a comment under a video posted by Instagram account, @alltruetea, a greatest hits reel replaying the most dramatic arguments aired on the Bravo series. The footage included a heated scene between Candiace and Ashley, which aired during Season 4. A fan pointed out that Ashley appears to get off easy when it comes to internet backlash. 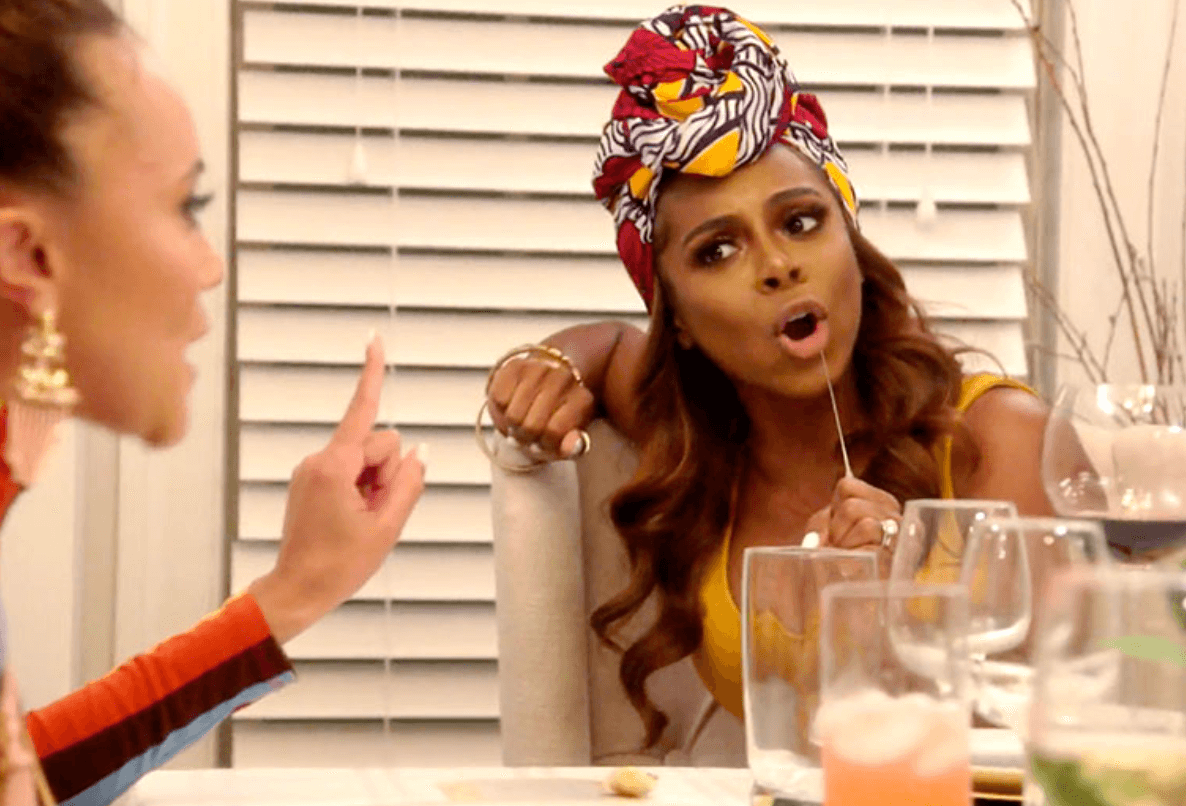 “This reel shows how reckless Ashley’s mouth has been and still is. Yet Candiace was the villain and ganged up on by so many fans. It’s crazy how Ashley was in my opinion worse but people want to ignore that. I wonder why????🤔 ” the viewer asked.

Candiace responded to the fan, commenting that Ashley dodges backlash because she has a lighter skin tone.

“Because she’s light-skinned,” Candiace commented. “There. It was said. I said it. Now, let’s see how fast it gets around.” 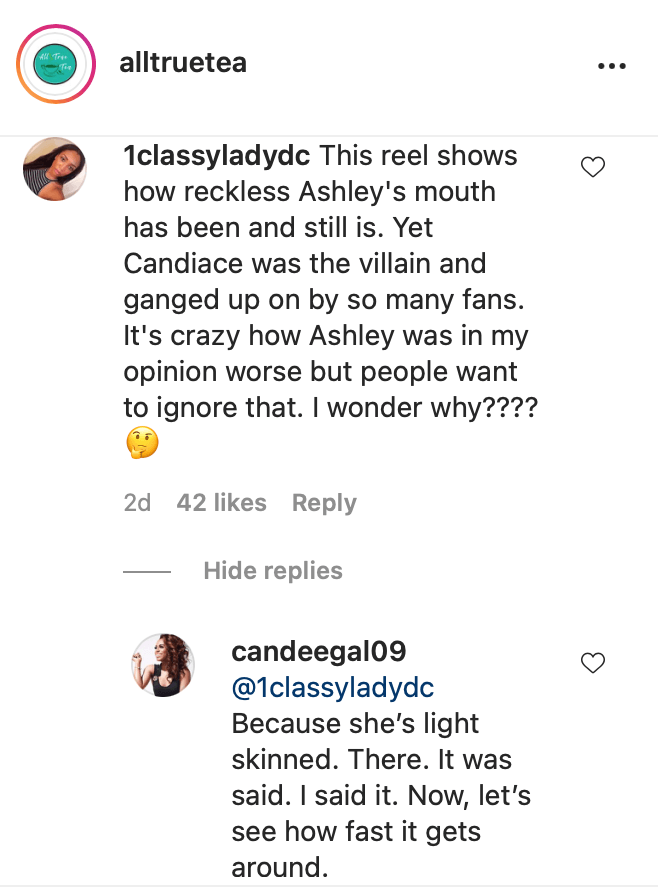 “Nowhere would she be considered on the “lighter” side. Please stop the bs. She is a brownskin/darkskin black woman and does not have the same privilege that a fair skinned, biracial like Ashley does,” a viewer added. 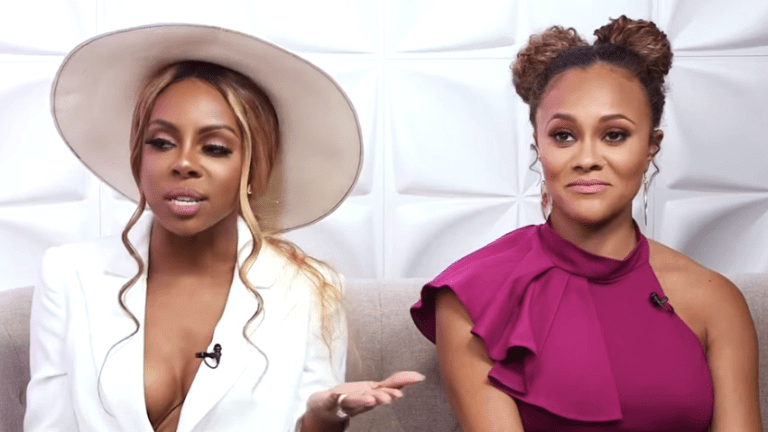 Gizelle and Robyn sounded off about Candiace’s comments during a recent discussion with The Jasmine Brand.

“It was stupid,” Gizelle remarked when asked what she thought of her co-star’s analysis. 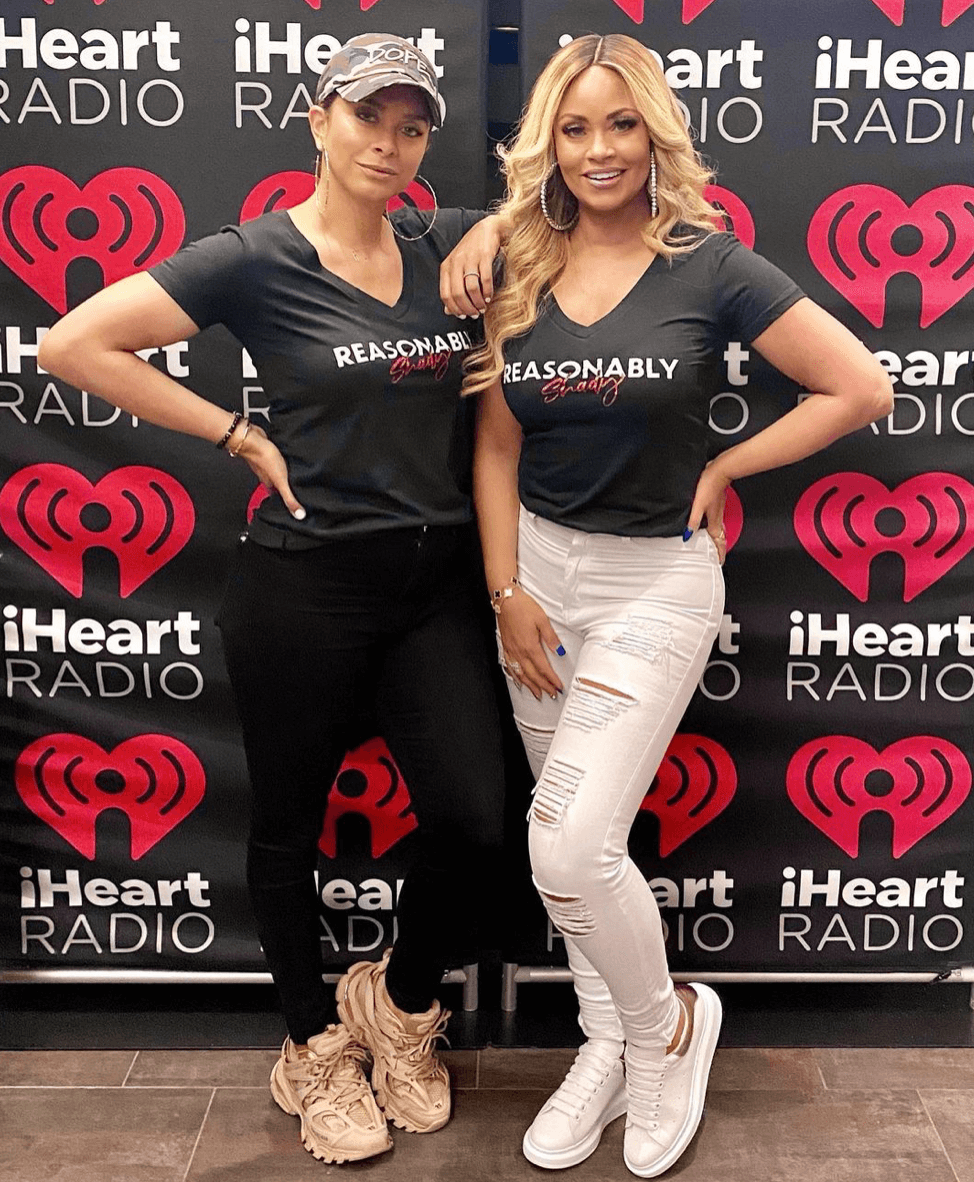 “And Ashley!” Robyn added. “Ashley spent three seasons being dragged by the fans and the only reason why she recently fell into better favor of the fans is [because] we got to see a different side of her as a mother. So I think people have short memories. Candiace’s memory is a little short but Ashley has definitely paid her dues.”

Fans of the show know that Candiace and Ashley were on friendly terms until Candiace shaded Ashley’s desire to have a baby, in Season 4. The duo made peace in Season 5, but things went sideways after Ashley decided to write a statement in support of Monique Samuels, after her then co-star’s  violent altercation with Candiace.

Robyn and Gizelle co-host a podcast called “Reasonably Shady.” A press release describes the collaboration as a “conversational lifestyle podcast that will feature an array of topics for women, including dating, relationships, marriage, entrepreneurs, motherhood, style, glam, current events, and more.”