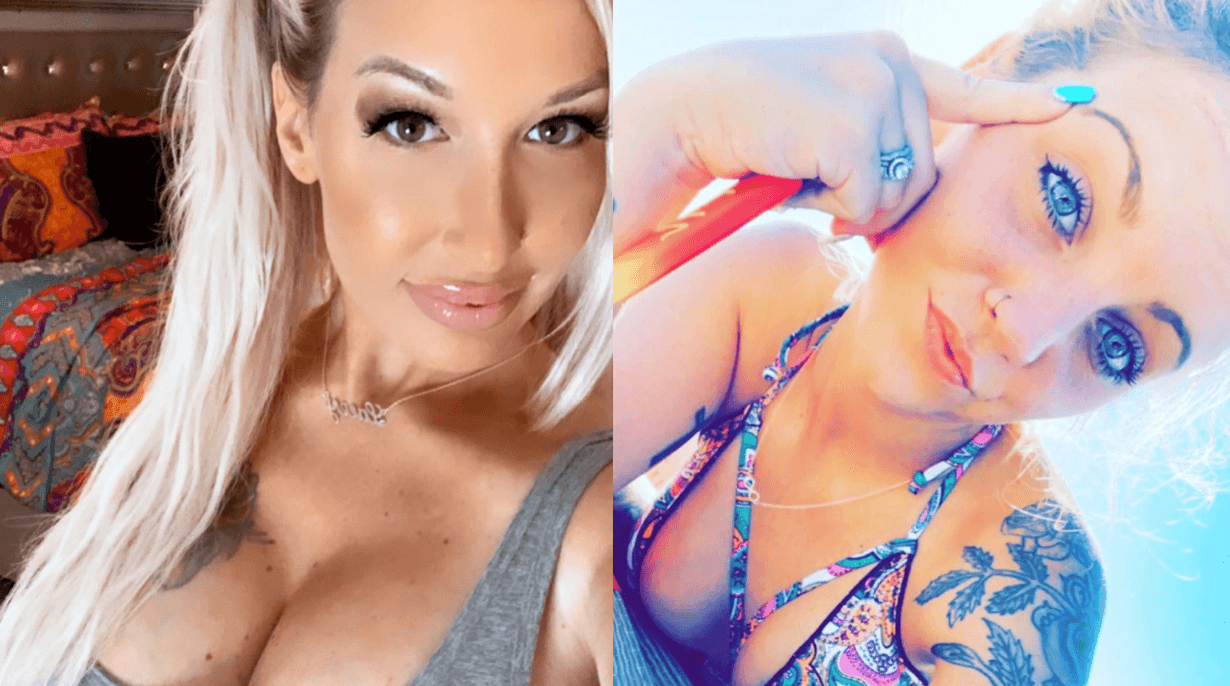 The love triangle between Lacey Whitlow, Shane Whitlow and John Slater is no secret to Love After Lockup fans—but it might surprise a few to learn that Lacey made multiple adult videos with current cast member, Nicolle Bradley.

Starcasm investigated the connection between the two women, which was first confirmed on Twitter by Nicolle, in June 2016. The outlet soon discovered that the women both live in the Virginia Beach area.

“My boo @Kaci_Kash got her ass done && it looks great 😚😍 now it’s MY turn @TheRealDrMiami, never had plastic surgery but I want it all 😋💋,” Nicolle tweeted in June 2016.

Lacey’s adult film alias is Kaci Kash, and the WE Tv star had a butt procedure done by controversial plastic surgeon, Dr. Miami. She praised the doc to E! News, but later switched gears and blasted the surgeon in a comment posted on an online forum. “I’ve had a FAILED BBL by Dr. Miami and the fat literally melted away,” Lacey said, explaining why she wanted to get new backside implants.

Lacey has apparently made lots of videos alongside other women and one specific female resembled Nicolle. The woman called herself Molly, but her tattoos confirmed that Lacey’s partner was Nicolle performing under a fake name. The tattoos include a flower, a small cross, and the word “Loyalty” spelled out with a kiss. A specific tattoo sealed the deal, one that spelled out the word “Respect.” Nicolle’s Instagram account confirmed the timing of the fresh ink, which coincided with a string of videos she made with Lacey, in April 2016. Lacey promoted the video streams on Twitter—referencing her appearances with “Molly” numerous times between March and July 2016.

The ladies’ partnership hit a glitch when “Molly,” aka Nicolle, was arrested.

“live drawing will be July 24 all paid for by me! 2 nights at the @Bellagio suite with molly and me! just bring yourself & lets party!” Lacey tweeted on July 1.

Lacey delivered regular updates on Nicolle’s arrest and case until she was released in August. It appears that this prison stint was Nicolle’s Love After Lockup storyline.

“I can NOT give details about the situation just know Molly is innocent and needs y’all her fans to help 💚 thx,” Lacey tweeted on July 3, 2016.

It remains unclear if Lacey was responsible for bringing Nicolle on the WE tv prison series. The ladies have kept their friendship on social media silent since Nicolle began filming the show. Another rumor speculates that Nicolle tricked Daonte just to get a spot on the show. Daonte confirmed that his hands were clean on the Instagram post promoting the scandalous report.

“Not surprised. I bet anything Lacey got him on the show,” a fan wrote, to which Daonte replied— “I’ve never even met Lacey 😂😂.”

Love After Lockup airs on Friday nights at 9 pm, ET, on WE tv.