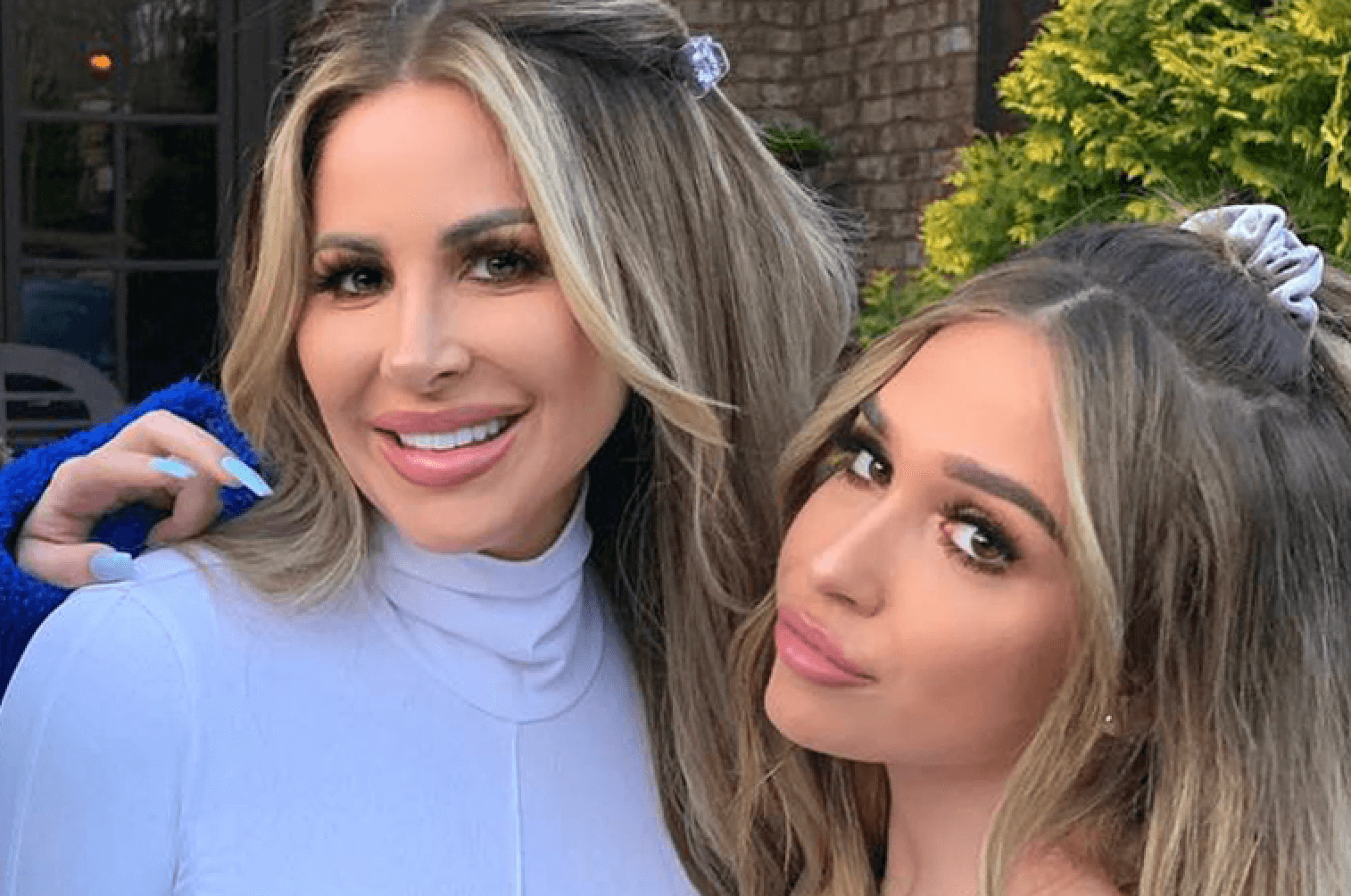 Ariana Biermann has copped to having her lips done but is denying undergoing multiple plastic surgeries. Kim Zolciak-Biermann’s 19-year-old daughter confirmed that she had plumped her pout during an Instagram Q&A, over the weekend.

Ariana responded with a “SURE DID :)” when a follower asked the “Don’t Be Tardy” personality “did you get your lips done” during the social media chat.

“AND I FUXKING LOVE THEM,” Ariana added. “BEST THING I EVER DID.” 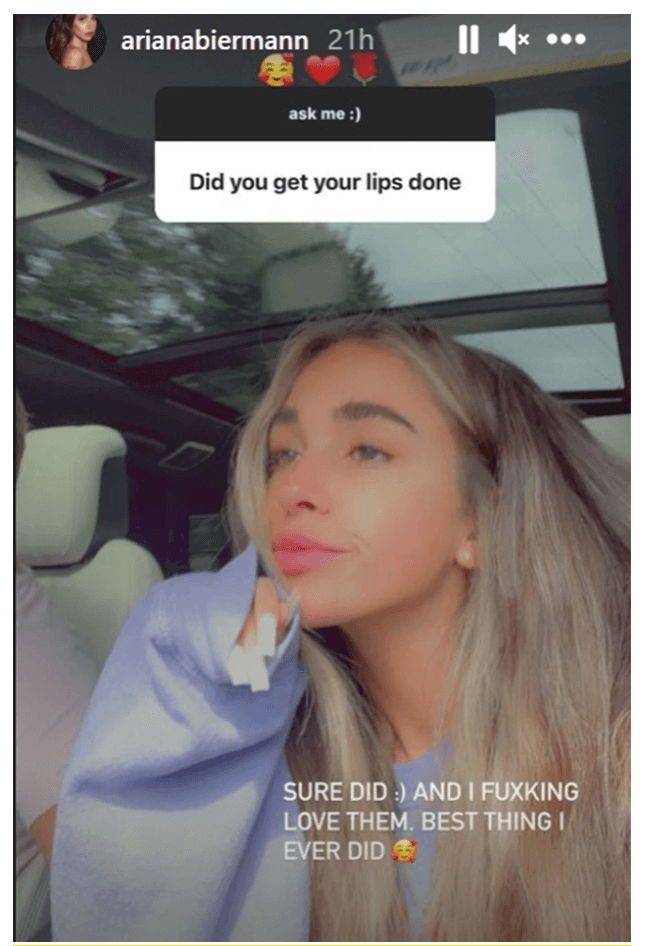 Her answer was set against a full-lipped selfie, snapped inside a car.

The open gab session invited a flood of questions putting Ariana in the hot seat over her appearance. Many fans asked the reality star if she had gotten liposuction or a tummy tuck, which prompted a fiery response from the teen.

“NOPE JUST WORKED MY ASS OFF,” Ariana responded in all caps. 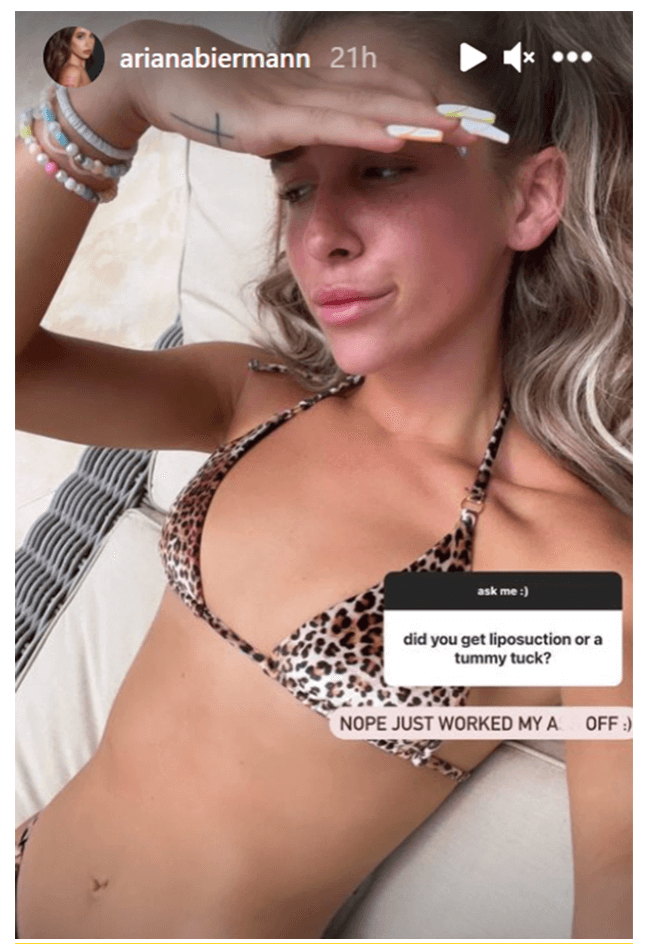 She revealed that while her weight once topped out at 167 pounds, she currently weighs 118 pounds.

Another user asked—”Do you have jaw filler?”

Ariana quipped “LOL NO,” showing off her jawline in another selfie. She seemingly shot down the idea of getting breast implants when she was asked whether she’d “get the girls done.” 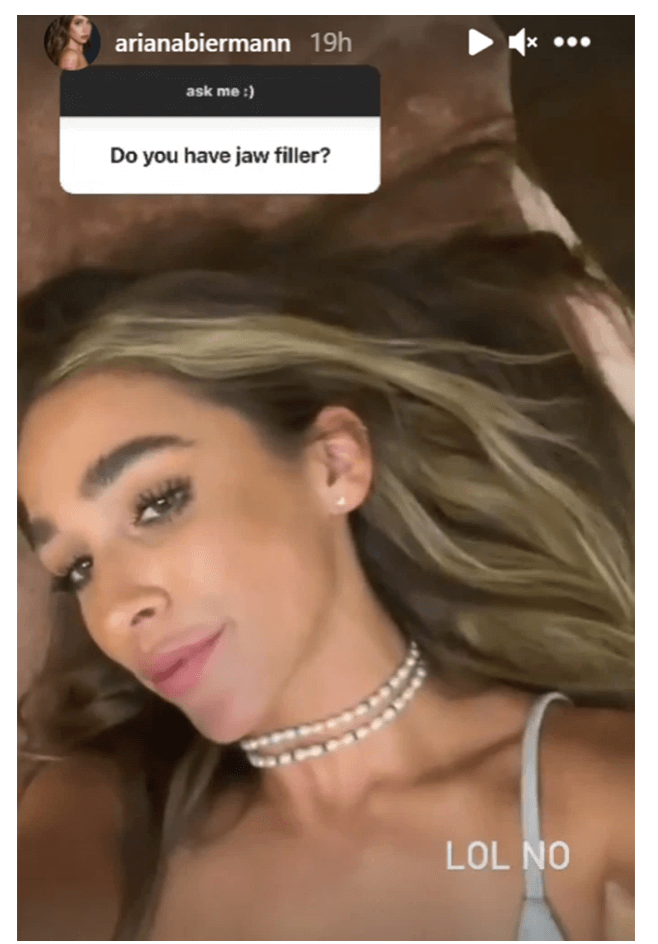 Kim, who is no stranger to plastic surgery, commented back in 2019 that Ariana would be allowed to get her lips done after she turned 18.

Brielle Biermann, Ariana’s older sister, recently squelched plastic surgery rumors, claiming that her shifting look was only noticeable because of her time on reality TV. She made her Bravo debut after her mother joined the cast of the Real Housewives of Atlanta when she was 13 years old.

“They don’t realize that you look different when you’re 10 years old to 24,” she said during a May appearance on “Watch What Happens Live.” “I hope I look f–king different!”

Brielle later flaunted a slimmed-down look in a bikini and credited a weight loss product. She confessed to having lip fillers in February 2020. 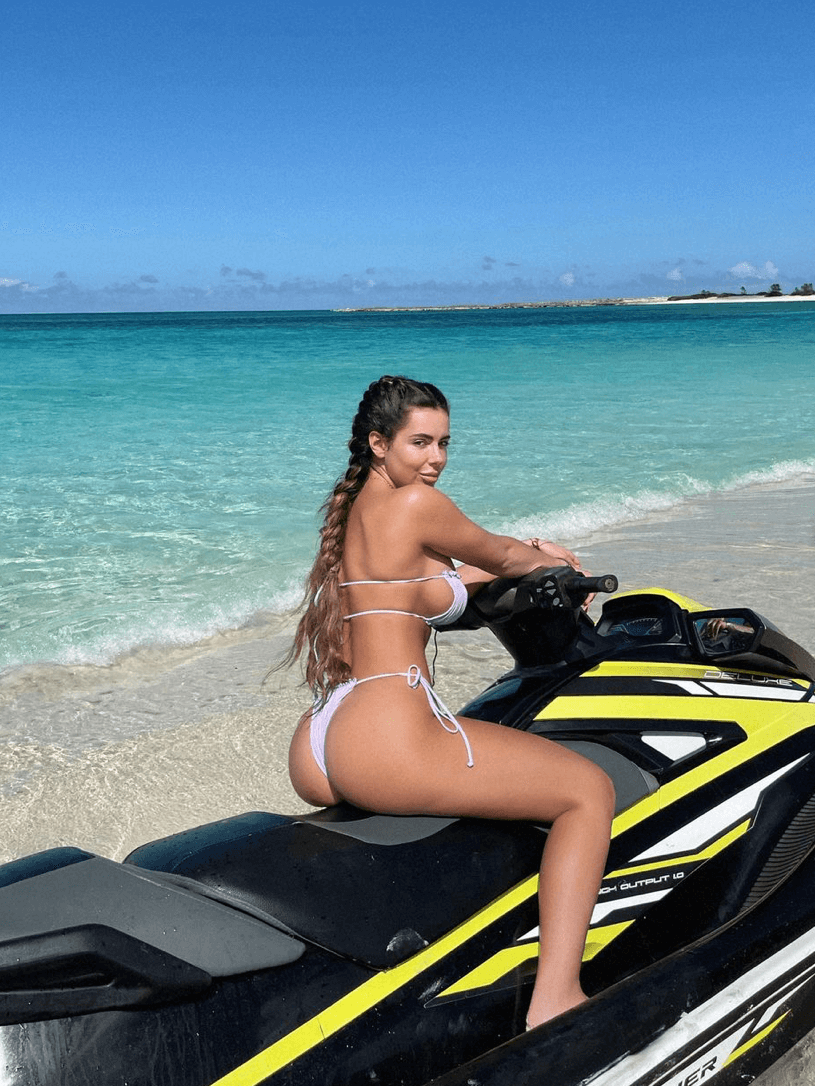 As reported in October—Brielle condemned using face filters in an Instagram story, after realizing that she was beginning to feel “super ugly” when not using filters on her selfies.

“Does anybody else feel like the face filters are really f–king with you?” she asked, in a post captured by Bravo Style & Living.

“I don’t know if face dysmorphia is a thing or what — kind of like body dysmorphia. But it’s definitely f–king with my head and making me feel super ugly when I don’t have a face filter on.” 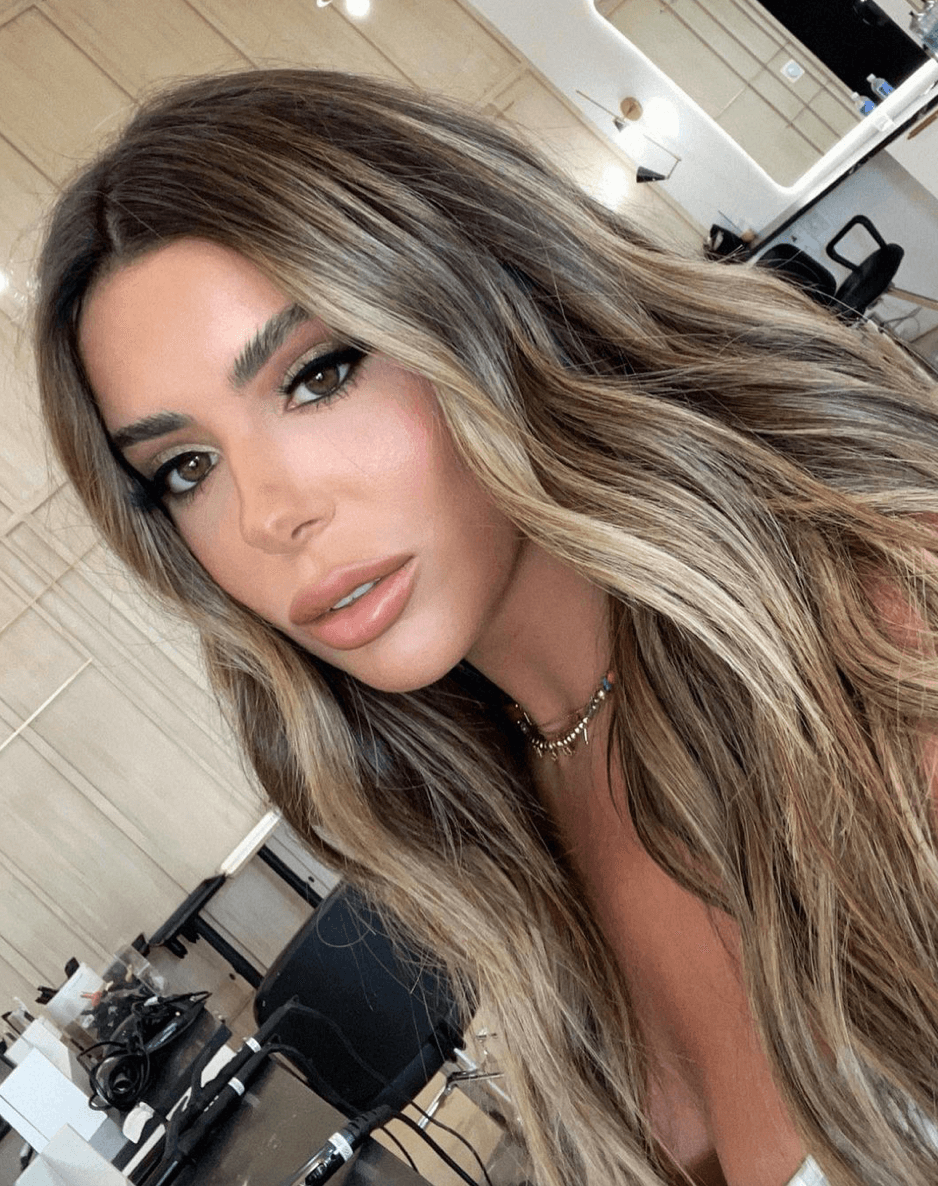 Brielle backed off another beauty trick in September, revealing on Instagram that she wasn’t missing her “big a** lips.” She confessed to undergoing procedures to dissolve her lip fillers, reducing her magnified pout.

“[To] my friends, I’m like, ‘You guys are terrible. Why did you not tell me that my lips looked crazy?’” Brielle told Us Weekly in May 202. The reality star admitted that she was “over the big lips” and was “done looking like that.”