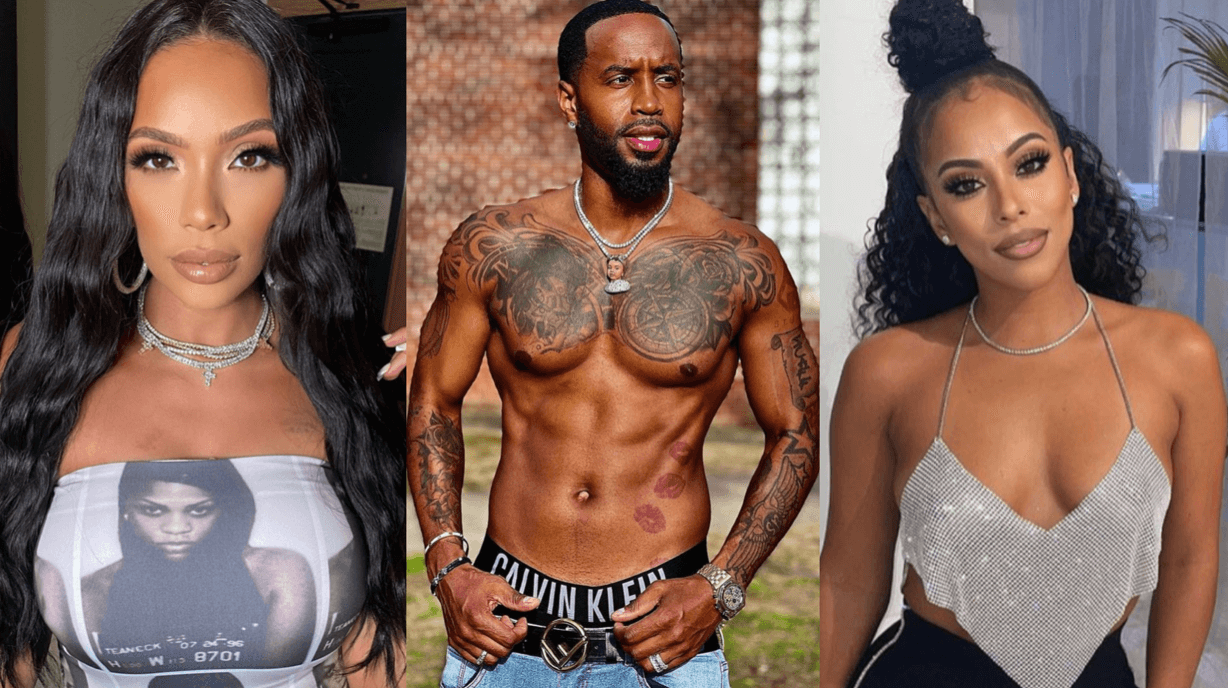 It was a rocky Independence Day for Love & Hip Hop stars, Erica Mena and Safaree Samuels. Safaree’s birthday was Sunday, July 4, and he celebrated by throwing a birthday bash in Miami. He reportedly brought along Kaylin Garcia, the ex-girlfriend of Joe Budden, as a date. The duo was spotted getting cozy at the party and word seemingly got back to Erica, who recently gave birth to her second child with Safaree.

Erica took to her Instagram Story to sound off about the budding romance between her ex and Garcia.

“@Kaylin_Garcia real talk I been in the shoes of dealing with a man who lived a double life and I had no clue he was married,” Erica wrote. “But you ! Know Safaree is married. Who don’t know that. Not to mention he real friends with Joe Budden your ex. Safaree just had a baby who he hasn’t seen in 4 days that’s in the NICU. That’s also no secret. I’m blasting both of you since he told you to lay low tonight–clearly you both know I found out y’all been f***ing all weekend. My son not even a week old yet and he d***ing you down. I hope this is something you proud of shorty. This man lost his whole family officially. I wish you both the best.”

Garcia later responded to Erica’s comments on her own Instagram Story.

“For years I have been to myself. No blogs, no drama. I am a women [sic] who is about accountability and morals,” Garcia said. “The fact that I have been called out for absolutely nothing to me is insane. Me and Safaree are friends and nothing more. Thanks! Everyone stay blessed. And let’s continue to spread love and light!”

As reported last week—Erica Mena and Safaree Samuels welcomed their second child, a son, about a month after Erica filed for divorce. Safaree shared the happy news on June 28, posting a snap of the proud dad cuddling the newborn, on Instagram. The child’s face was not revealed in the shot.

Erica filed for divorce in May, only weeks after she revealed that the couple was expecting their second child.

Safaree was allegedly shut out of the delivery room during the birth of his son, but Erica’s post hints that the ex-couple was considering a reconciliation.

The couple wed in a secret ceremony on October 7, 2019. The pair first connected on the VH1 series, “Scared Famous,” in 2017, and began dating at the end of 2018. Safaree proposed after the couple had been dating one month. The reality stars tied the knot at the Legacy Castle in New Jersey after Safaree reportedly dropped an estimated $500k on their wedding rings. Erica gave birth to their daughter, Safire, in February 2020.