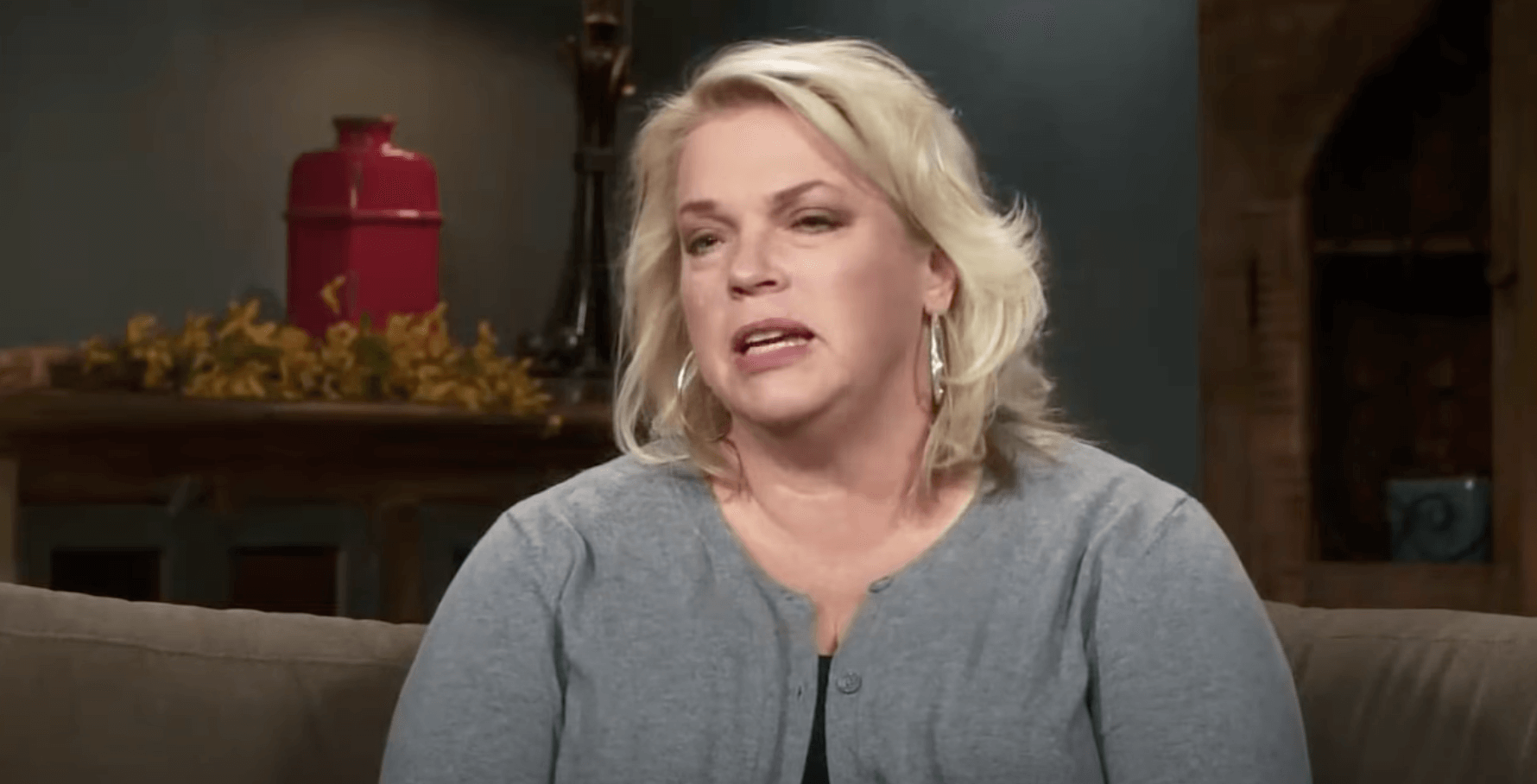 Janelle Brown is living the dream in an RV after the Sister Wives star was forced to vacate her sold Flagstaff rental home. The TLC mom announced that she had moved into the camper, last week.

“I have something fun to share. I acted boldly and seized an adventure,” the second wife of Kody Brown captioned her post.

Janelle explained that due to a demanding housing market, she made the decision to get creative in securing a new address.

“The rental where I was living was sold and I chose an alternative path to trying to find another rental,” Janelle continued. “Not only is the housing market in Flagstaff as crazy as where you are I’m sure, rentals are even harder to come by.”

The RV is parked on the family’s parcel of land, Coyote Pass, in Flagstaff. The long-running TLC series featured Kody’s dream to build one supersized house for his four wives and children, but Meri, 50, Janelle, 52, Christine, 49, and Robyn, 42, opted to live apart, in their own separate homes. The Browns have yet to break ground on the property, which they purchased for $820,000 in 2018.

“Presenting my new summer adventure — the RV life but camped on our property,” Janelle wrote. “Lots to do out here on the land so I figured why not be onsite. Honestly I’m alternating between extreme excitement as I’ve always wanted to try this and anxiety at all the unknown variables. So stay tuned, this is about to get real!”

Kody and Janelle tied the “spiritual” knot in 1993 and share six children—Logan, 27, Maddie, 25, Hunter, 24, Garrison, 22, Gabe, 20, and Savannah, 16. Garrison, Gabe, and Savannah still live in the family home. Fans know that the large plural family relocated from Las Vegas to Flagstaff, Arizona in 2018 and that Kody’s four wives have been living in a chaotic mix of rental properties and purchased homes. The family’s plan to build four homes on their plot of land remains at a standstill.

The Sun reported details about Janelle’s new camper, which is reportedly worth about $82k. The RV sleeps on average seven or eight people. The Milestone 386BH mobile home is 429 square feet and features two air conditioners, a furnace, an awning, and an outdoor camping cooktop. The luxury kitchenette boasts full-sized appliances, and the trailer extends from a living space to the master bedroom, which contains a full-sized bed and a mirrored closet.

Janelle’s new home allows her to rebound from backlash sparked by photos used to market her previous home, which revealed the reality star’s living quarters in cluttered disarray.

As reported in May—photos revealed the living area of Janelle’s house cluttered with multiple boxes amid a mix of large furniture and exercise equipment. A bookcase stuffed with a mishmash of paperwork was snapped in one bedroom. A dresser overflowing with clutter and a mountain of clothing was photographed in another bedroom. The rental property had a buyer after only a few days on the market, despite the messy presentation.

Sister Wives is currently on hiatus but fans have high hopes that Janelle’s new home will be featured in the upcoming season.