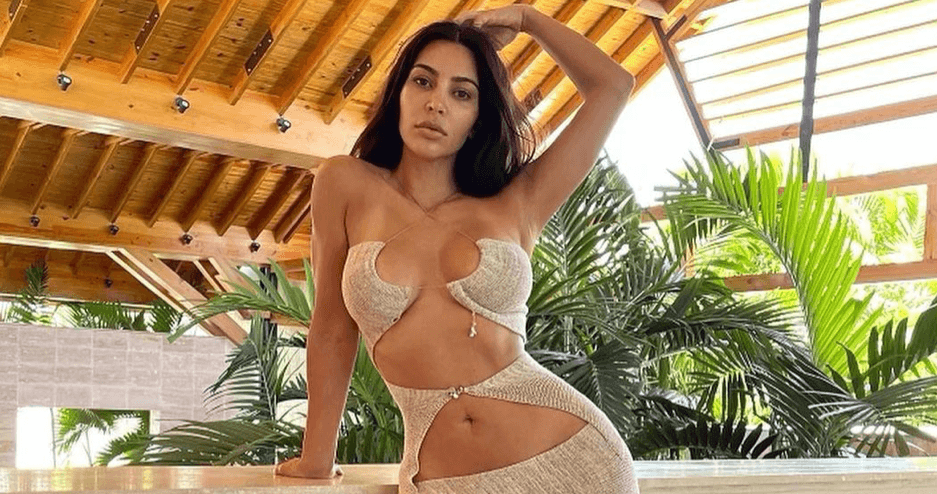 Images of Kim Kardashian’s trip to Italy have hit the internet—and the unaltered photos are going viral. The public is getting a rare glimpse of the “real” Kim—untouched and unfiltered. Twitter has been exploding with opinions on the images—which were exposed before the paparazzi could touch them up. Some of the photos revealed the Keeping Up With the Kardashians personality’s “untouched” face, and fans are chattering about the leaked shots. Some have even opined that the reality star resembles the mother of Drake’s baby, Sophie Brussaux, per MTO News.

As reported—Kim’s sister, Khloe Kardashian opened up about being hit by online vitriol over her looks, during the recent reunion series.

Khloe shared that she started off her reality TV career as a confident and secure woman, but that changed after viewers branded her as the “fat and ugly sister.” The created online narrative led to insecurities that she still deals with today.

“When the show first started, I was very secure. Very secure,” Khloe revealed. “And then, during the first couple seasons, I became insecure because of the public, um, opinions of myself. Then I had, I think, a good run of being secure, and then, I think recently, I’ve become now insecure again. So I guess it just goes… You know, up and down.”

The Twitter firestorm sparked by the leaked snaps coincided with the news that Kim is preparing to launch a home decor line.

“Kim will be ready to announce the first drop of her home line in a couple weeks,” a source close to the reality star told Us Weekly. “It’s been something she’s been working on for over a year now.”

Kim’s home decor line will reportedly cover everything from candles to furniture.

“Kim is going to launch several candles, room scents, throws, and decorative items and then will be launching furniture for every room in the home,” the insider revealed.

The collection is expected to reflect Kim’s personal style and the sleek and modern look seen in her own home.

Kim’s newest venture has reportedly been in the works for quite some time, but the reality star filed a trademark for her most recent project under the name, “SKNN BY KIM,” in March.

The outlet obtained documents that list 19 separate trademarks across a wide range of categories, including textiles, bath accessories, wallpaper, mirrors, furniture, and candles. Kim listed everything from towels to drapery when specifying the “goods and services” that could be listed under her new brand. The mother-of-four also filed trademarks under the same brand name that hint at an expansion of her beauty business. The soon-to-be-ex of Kanye West left room for expanding her beauty biz into retail space.

The E! personality launched KKW Beauty in 2017 along with KKW Fragrance, and her shapewear line, Skims, in 2018. Kim announced earlier this week that her line would be the official undergarment, loungewear, and pajama sponsor for Team USA at the Tokyo Olympics.