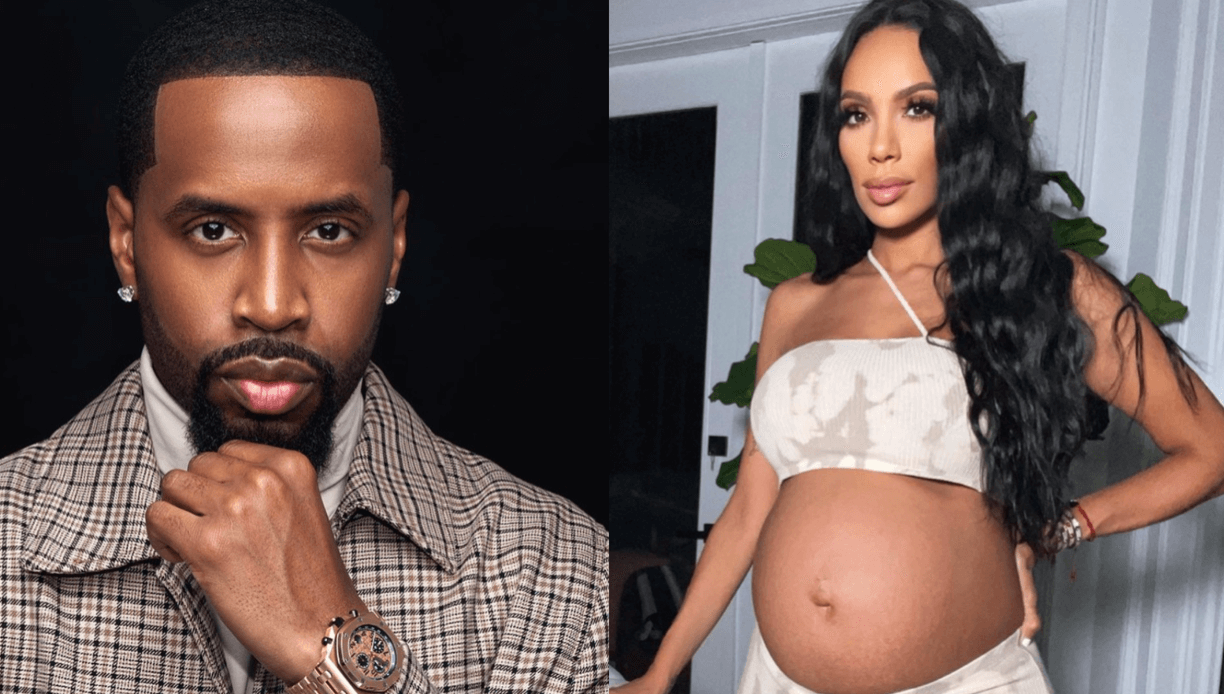 Love & Hip Hop stars, Erica Mena and Safaree Samuels welcomed their second child, a son, about a month after Erica filed for divorce. Safaree shared the happy news on Monday, posting a snap of the proud dad cuddling the newborn, on Instagram. The child’s face was not revealed in the shot.

He shared another pic of the baby gripping one of his fingers on his Instagram Story. He did not reveal the infant’s name.

“Another me…. That’s all the world needed,” he wrote, adding laughing and angel emojis.

Erica filed for divorce in May, only weeks after she revealed that the couple was expecting their second child.

The couple wed in a secret ceremony on October 7, 2019. The pair first connected on the VH1 series, “Scared Famous,” in 2017, and began dating at the end of 2018. Safaree proposed after the couple had been dating one month. The reality stars tied the knot at the Legacy Castle in New Jersey after Safaree reportedly dropped an estimated $500k on their wedding rings. Erica gave birth to their daughter, Safire, in February 2020.

Erica asked to be awarded primary custody of the couple’s one-year-old child and requested that the court require Safaree to pay temporary child support until the case is settled. Erica hired Randall Kessler to handle the case, a tough divorce lawyer who has repped many high-profile celebrity clients, including Real Housewives of Atlanta alum, NeNe Leakes, Christina Milian, and NFL star Braylon Edwards.

Safaree confirmed that he was open to allowing Erica Mena exclusive use of their shared home, but the VH1 star was not on board with allowing his ex to have primary custody of their children. TMZ obtained legal documents which confirmed that Safaree is asking for joint legal custody, meaning an active role in making parenting decisions for their children.

Safaree also wants regular uninterrupted time with his kids and believes that an active and consistent parenting role is in the best interest of the children.

Erica is also mom to a 14-year-old son, King, with her ex, Raul Conde.

Erica has not yet posted photos of her newborn son but shared her pregnancy experience with fans by posting baby bump pics and regular updates.

“I’m happy, hurting and healing all at the same time,” Erica wrote in one post about the days ahead of her child’s birth. “Don’t ask me how.”