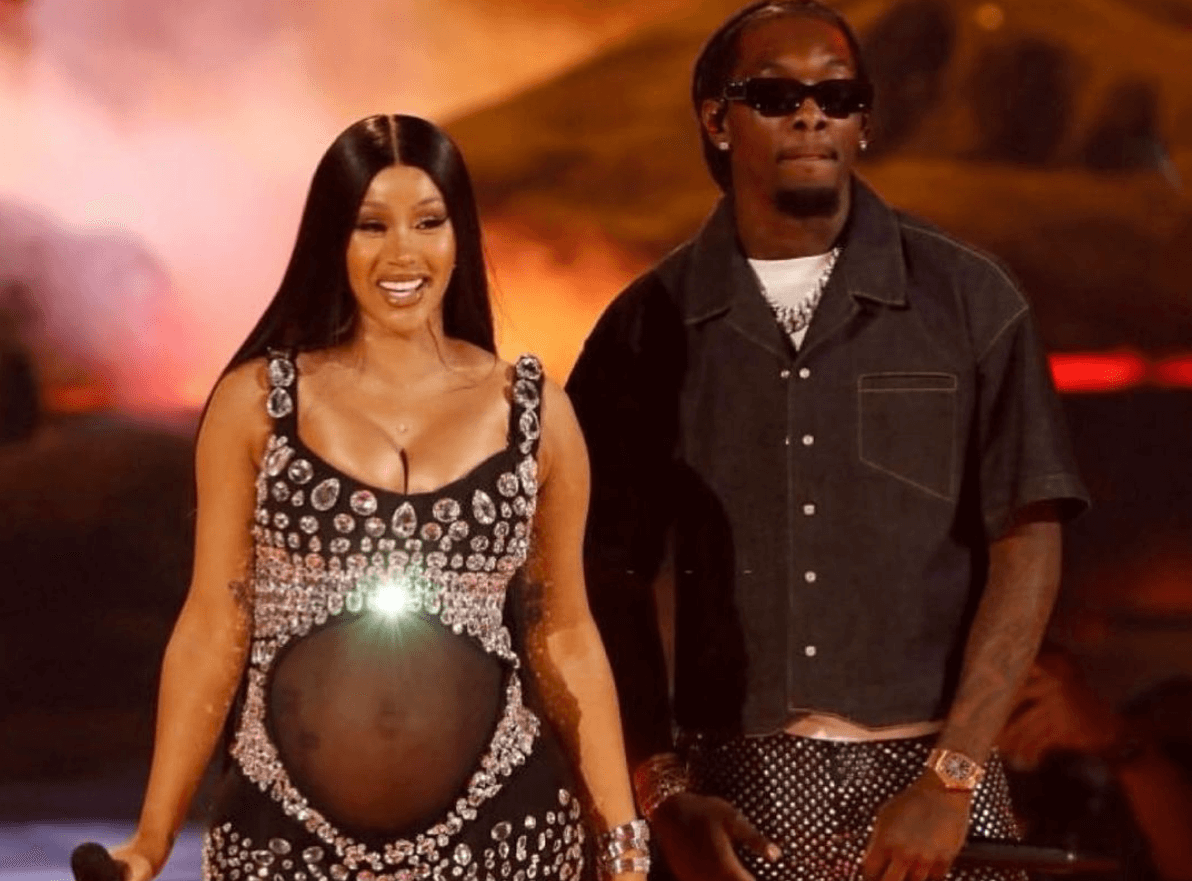 Cardi B bared all in a recent maternity photoshoot, posing topless with her husband, Offset. The “Up” rapper’s sexy Instagram share reveals the pregnant artist covering her breasts while her husband’s arms cradle her belly. Cardi gave a nod to the couple’s once bumpy marriage in the post’s caption.

“We listened to each other, communicated, prayed and then God blessed us and our family with another little blessing,” the singer wrote on Instagram, on Monday. “Our home feels so blissful and very busy but we are ready and so happy!! Thank you soo much everyone for the congrats and well wishes.” 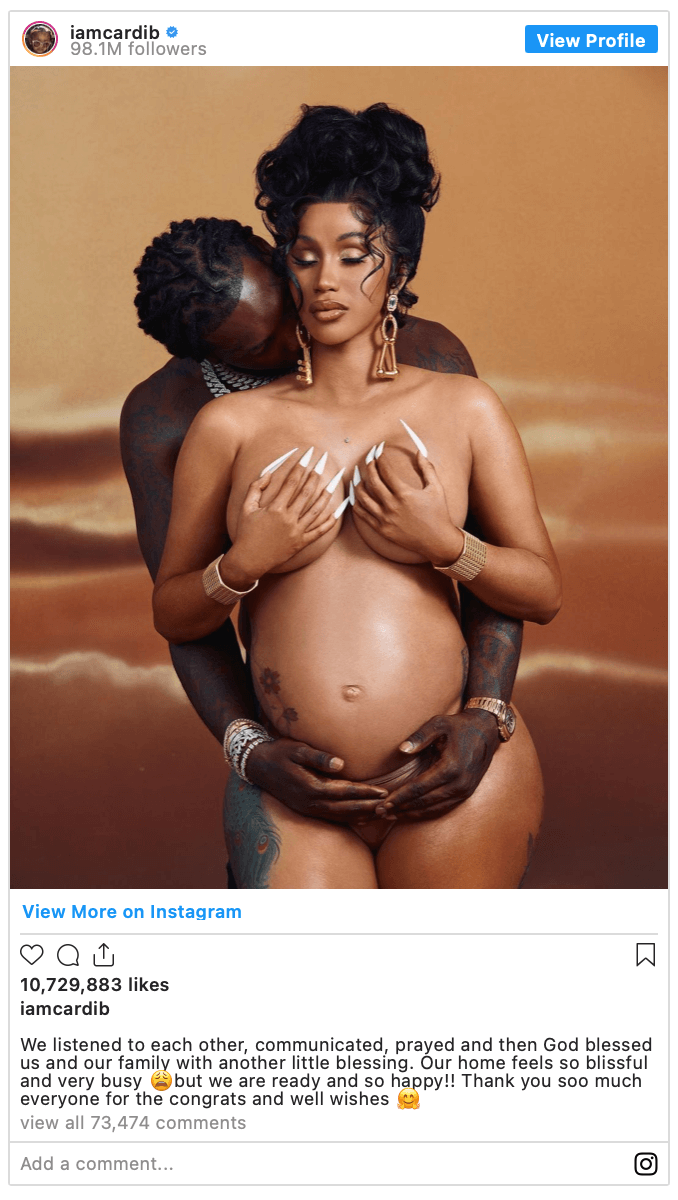 The “WAP” rapper also posted a snap of the couple’s three-year-old daughter, Kulture Kiari Cephus, with her hand on her mom’s baby bump. Cardi and Kulture were photographed wearing matching white outfits and gold accessories.

“I just know these two will love each other soo much and argue soo much since they’re 3 years apart…just like me and Henny,” Cardi captioned the snap, making reference to her younger sister, Hennessy. “But one thing for sure is they’ll have each other’s back like no one else ever will.” 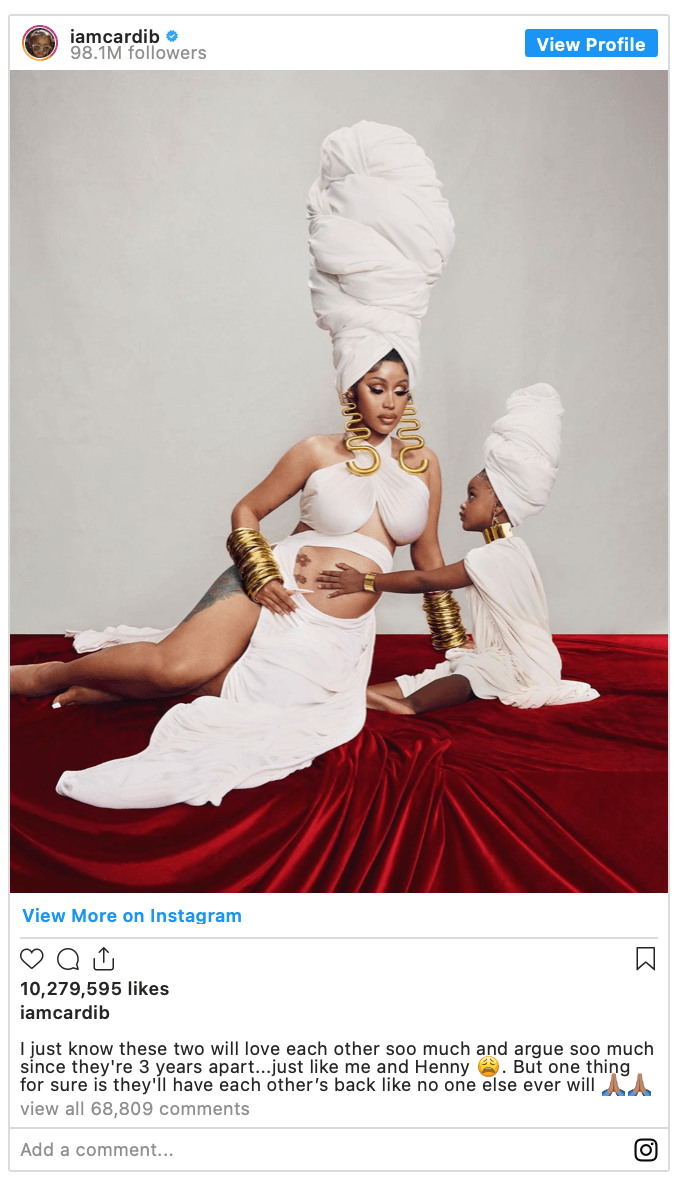 Cardi, 28, announced that the couple was expecting their second child on Sunday, by posting a nude photo of herself drenched in white paint.

The artist then showed off her blossoming bump during an appearance at the 2021 BET Awards, rocking a glittery Dolce & Gabbana bodysuit.

Cardi and Offset tied the knot in a covert ceremony in September 2017 but did not confirm their marriage until they were about to welcome their daughter, a year later. Cardi accused her husband of stepping out of their marriage in 2018. She filed for divorce from the Migos member in September 2020 but backed out of the petition two months later. 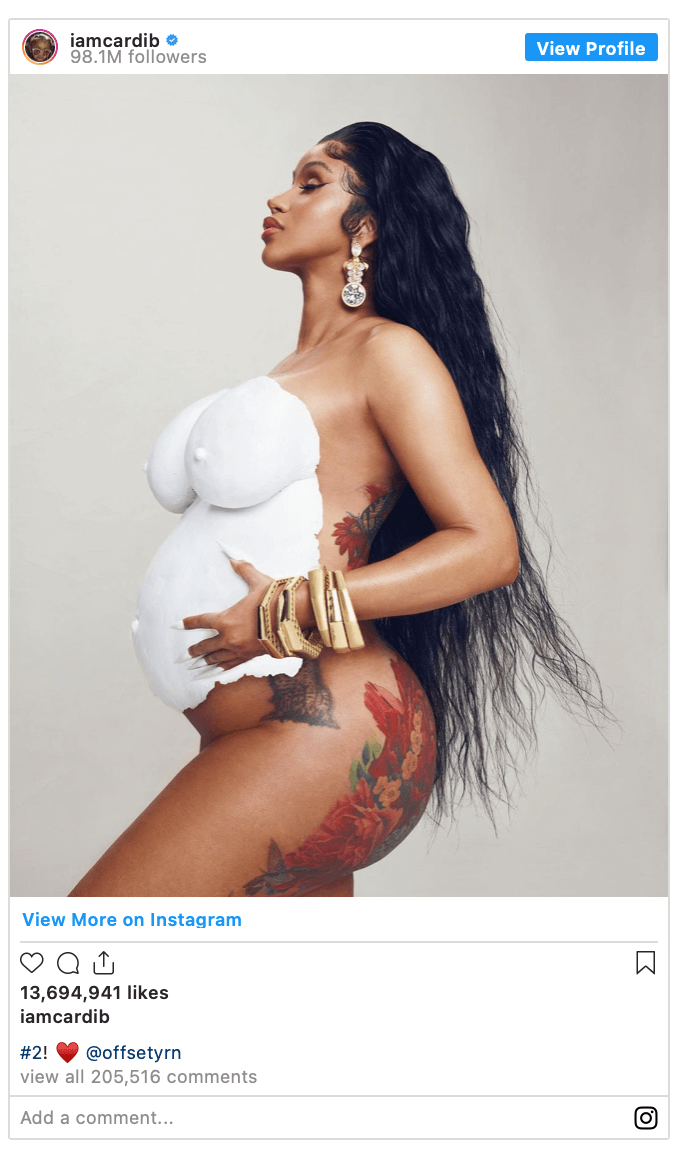 The couple sparked reunion rumors after they were spotted celebrating Cardi’s birthday, in October.

“You know how I be arguing with y’all on social media?” Cardi said. “That’s exactly how we are, between me and my man. So when people be saying I be doing s–t for attention, with this and that, no, I’m just a crazy bitch.” 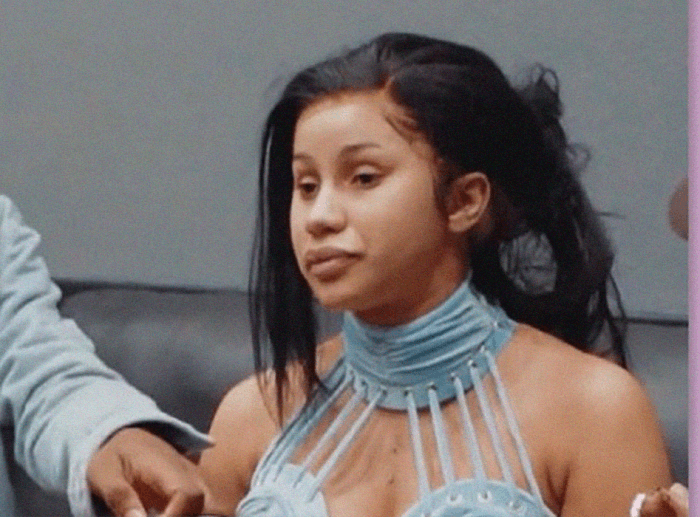 Offset is father to three other children from past relationships.

As reported—Cardi B shocked fans in February, after some disturbing photos of the artist’s face leaked online.

The non-photo shopped snaps revealed a possible plastic surgery botch job, according to a February report by MTO News. Cardi B’s shifting look had been the norm, but the jaw-dropping images left fans wondering if the popular rapper had undergone a game-changing facelift. The images revealed the performer’s face looking contorted, with a different nose and a shifted facial structure. Fans begged the “Bodak Yellow” singer to stop the plastic surgery nightmare before it was too late.