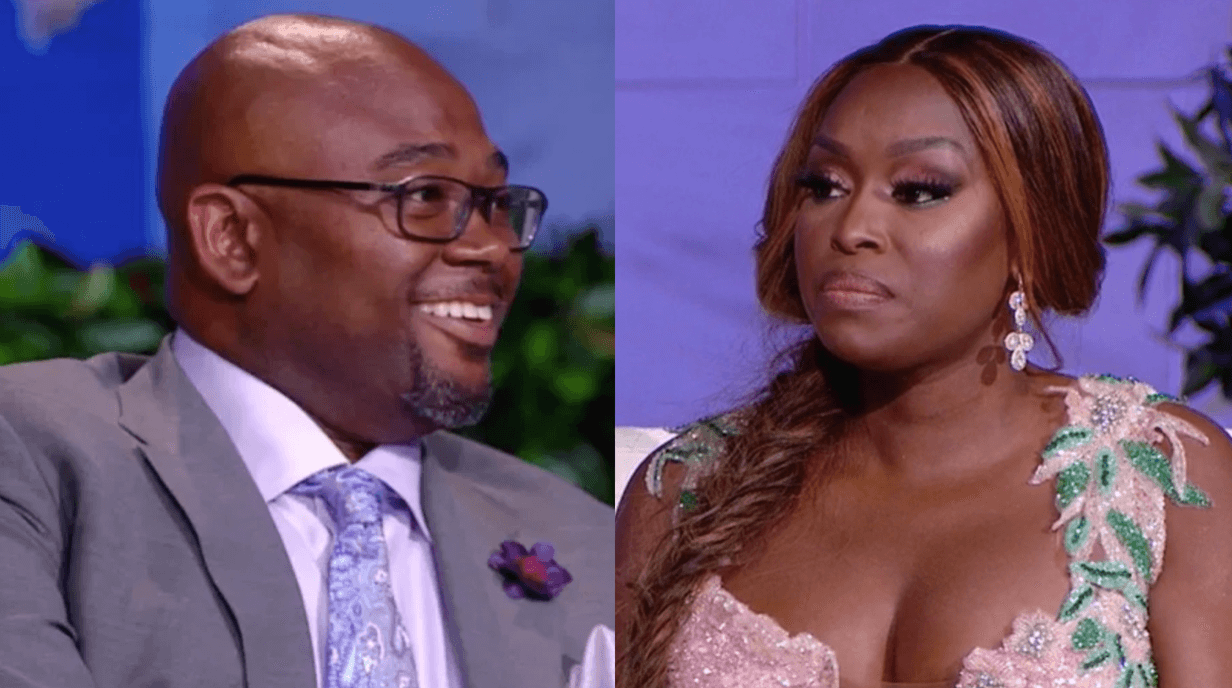 Quad Webb confronts Dr. Eugene Harris on Part 2 of the Married to Medicine reunion series after the duo swapped jabs on Twitter in real-time.

Fans know that Quad and Heavenly dissed Eugene’s wife, Toya Bush-Harris, during a filmed gossip session that was featured during Season 8.

“Toya got her a new house,” Heavenly said, adding that Toya had been acting “mean” since her real estate purchase.

Heavenly pointed to an Instagram Live share, which Toya did alongside Dr. Simone Whitmore and her hubby, Cecil, where she threw shade at Quad’s digs. 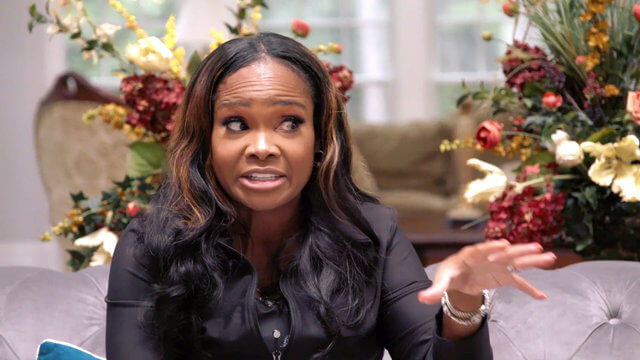 “But she hasn’t done that, and she only films with Heavenly,” Toya said,  referring to Quad not “showing her situation” on camera. “And they only in that bulls** a** apartment. Talking that bulls***.”

“I’m just saying, y’all are cool. Right?” Heavenly asked Quad after showing her the IG video, which sparked a sharp response from Quad.

Quad Webb alleged that Toya had to “beg, borrow, and steal” to score the $2 million, five-bed, eight-bath house. The property boasts a two-story closet, 6 fireplaces, and a giant pool.

“She should be the last person talking about anybody’s house and especially talking about mine because I know her real tea in terms of how she even got the motherf–king house,” Quad ranted. “She begged, borrowed, and stole and just in that order. The girl took out a $100,000 personal loan just to get the pool, b***.” 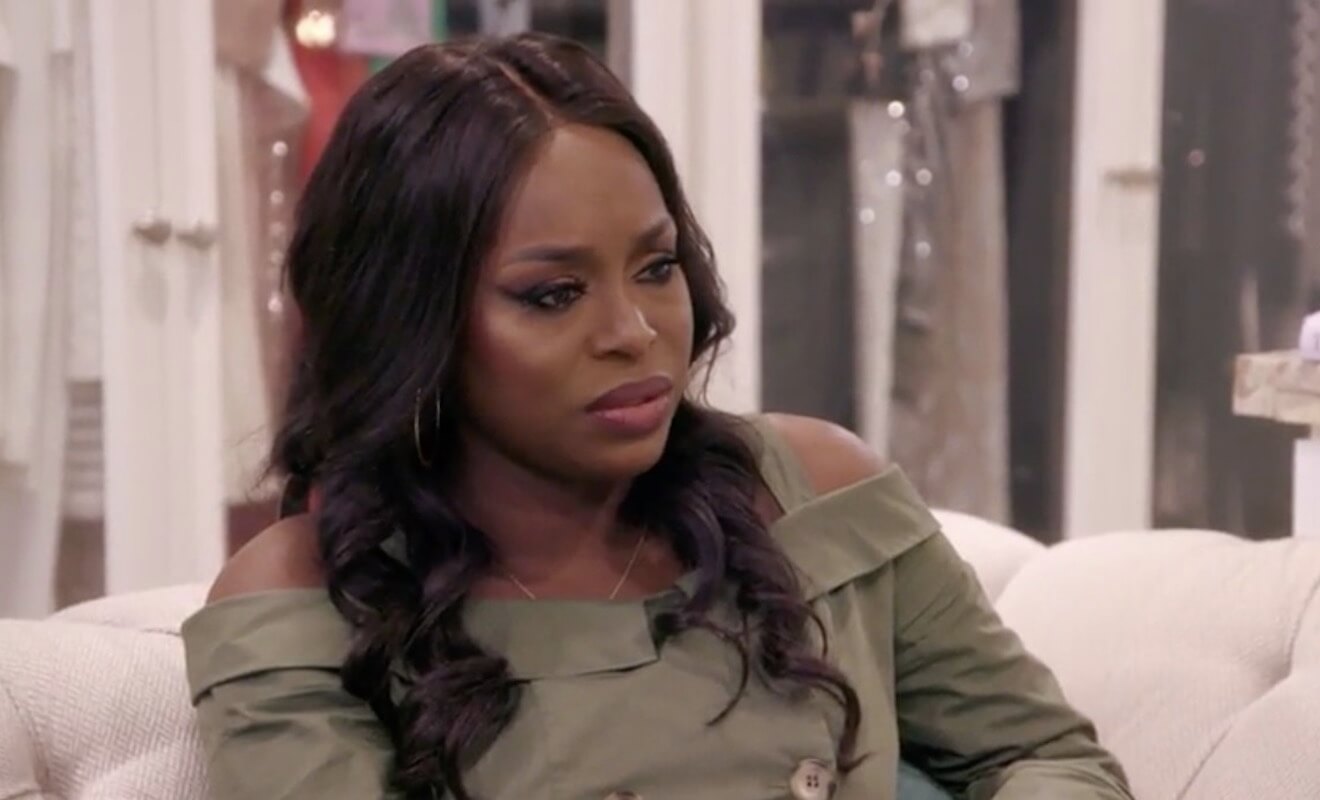 “B*** don’t talk about my house when you barely got yours,” Quad added. “She barely, by the skin of her teeth, got her house!”

Quad came for Dr. Eugene Harris after he called out her comments on Twitter.

“As far as beg.. never done that! Borrow? It’s called a mortgage and it’s what grown folk do when they buy a house! Too bad some could never get past underwriting. Steal? If u have proof call the law! #Married2Med,” Eugene tweeted.

“Your wife Tacky Toya created all this mess. Now you’re jumping in to fight her battle. My advice to you is to stay out of women’s business. If you keep it up I’m going to buy you a XXXL skirt & treat you like a woman I don’t know. So sit down! #Married2Med,” Quad fired back. 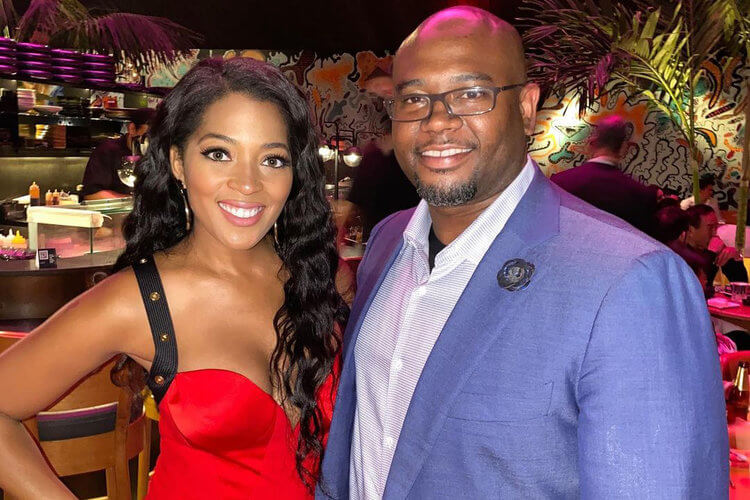 Bravo teased a clip that revealed that Quad and Eugene addressed the Twitter drama during the reunion.

“I’ma treat you like a woman and buy a skirt for you since you wanna be in women’s business,” Quad tells Eugene in the clip.

“Make sure it’s expensive,” Eugene responds, with a smile.

The trailer also revealed Dr. Contessa Metcalfe informing her co-stars that she was not willing to take the hit for her failing marriage to Dr. Scott Metcalfe. Toya bluntly asks Scott if he had been unfaithful to his wife before the preview video fades.

Watch Part 2 of the Married to Medicine reunion series, Sunday at 9 pm, ET, on Bravo.