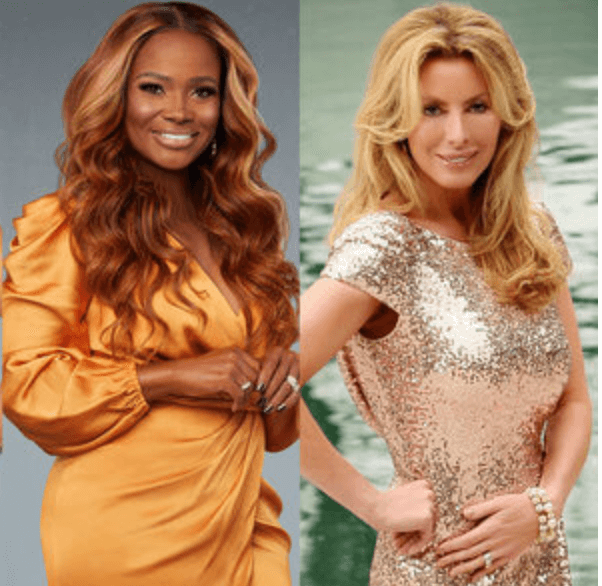 Dr. Heavenly Kimes and Kari Wells have been firing shots at each other on social media, ahead of the Married to Medicine reunion series.

Fans know that Heavenly clashed with several of the ladies over the course of Season 8, including Lisa Nicole Cloud and Kari Wells, who returned to the Atlanta cast after sitting out for several seasons. Heavenly’s issues with Lisa stem from a beef involving a collaboration from a previous season and little has changed between the reality stars. Heavenly and Lisa swapped verbal jabs on camera, but Heavenly’s social media exchange with Kari took things to a nastier level.

Heavenly put her co-star on blast on her YouTube channel, addressing Dr. Jackie Walters’ claim that Kari referred to her as “the help.” She also took issue with Kari calling her out for confusing the British flag—the inspiration behind Kari’s bikini worn during a cast trip to Jekyll Island—with the confederate flag.

Heavenly fired off the controversial accusations in her recap comeback, and after the video took off, Kari decided to respond. Heavenly was reviewing the season finale episode on her YouTube channel with co-star Anila Sajja when she went off on Kari.

“Cause I don’t like no white woman saying anything about ignorance. You know I was playing about that d*mn British flag. F*ck you Kari, okay?” Heavenly ranted. “Call me the help and say I’m ignorant, I’m laying into Duncan’s a*s. And I’m not too far off the kids.”

Kari previously accused Heavenly of coming after her husband, Dr. Duncan Wells, during the reunion taping.

“I have a question: Why the F did u lie about my husband (who u don’t even know) at the reunion???” Kari asked Heavenly on Twitter.

“These recycled friends are soo thirsty. Watch me block them,” the Bravo star quipped.

“Cause the people had said, now I don’t know what’s real or not or ain’t but they say you was his medical mistress now that was season one. And you was f*cking Duncan before y’all was married. You wh*re!”Heavenly said of  Kari’s marriage during her YouTube recap.

“I find her opinion interesting, however, not truthful. This is what she does, calls people out when they cannot defend themselves. She blocks them, so they cannot respond to her inaccurate viewpoint. Too afraid to say things like this to my face,” Kari wrote.

An Instagram user asked Kari if she really referred to Heavenly as “the help,” and Kari denied the claim.

“DID NOT!! I made a joke about her clothing, that’s all. Saying she looked like a waiter,” Kari clarified.

Watch Part 1 of the Married to Medicine reunion series, Sunday at 9 pm, ET, on Bravo.